Last week global stock market slumped due to the prospect of all-out trade war which could destabilize global economy. US market closed sharply lower for the week with S&P 500 falling 5.6% and Dow Jones Industrial Average falling 6%. Asia markets also skidded with Nikkei 225 falling 6.3%, Hang Seng dropping 6.4%, and Shanghai Composite shed 6.4%. On Thursday, the White House moved forward with the long promised anti-China sanctions with the announcement of new tariffs on up to $60 billion in Chinese imports.

Trump said this measure is to penalize Beijing for allegedly stealing U.S companies’ intellectual property. The tariffs follow after the result of investigation in Chinese policies last August. The review found unfair practices in China, including restriction on foreign ownership without the transfer of technology. The administration says that the theft of intellectual property has been happening for decades. The new trade sanctions has identified more than 1000 Chinese products which can be potential target of 25% tariffs.  The US is also trying to limit Chinese investment in the US and pursue legal action against China at the World Trade Organization.

Beijing has said that it is not afraid of a trade war, but it hopes to avoid it through continued dialog. On Friday, China gave initial counter proposal of 128 US products as potential retaliation targets. The products include wine, groceries, and aluminium scrap which have an import value of $3 billion. China’s response is still quite restrained so far as it tries to avoid a full blown trade war.

Despite potential retaliation by China, the White House believes China has more to lose in the event of a full blown trade war. The US imports billions more goods from China every year than it exports, creating a deficit of $375 billion in 2017.  On Thursday Trump said that he has asked China to cut the deficit by $100 billion immediately. China is the third largest market for US exports and a very big buyer of American soybeans, corn, pork, and aircraft. In the event of a full-blown trade war, many US industries will be affected and no one will win.

Best and Worst Case of Trade War for Financial Market

In the best case scenario, the latest trade war declaration is Trump’s attempt to use it as a bargaining tactic to force China to negotiating table. We have an example from the last controversial import tariffs on steel and aluminium. In the previous steel tariff, six major trading partners have since been excluded, including the EU, Canada, South Korea, and Mexico. Thus, it’s possible that China’s tariff could be subject to revision and even exemptions after extensive talks with Chinese leadership. In this scenario, after the initial shakeout and fear in financial market, it can quickly recover and even extend the 9 year rally. However, Trump’s deal-making nature can also lead to miscalculation. In the worst case scenario, we could be in a full-blown trade war with increasing retaliatory tariff hikes and sanctions. In this case, global economy could come into halt and financial markets would have further correction.

Short Term Forecast for US Market 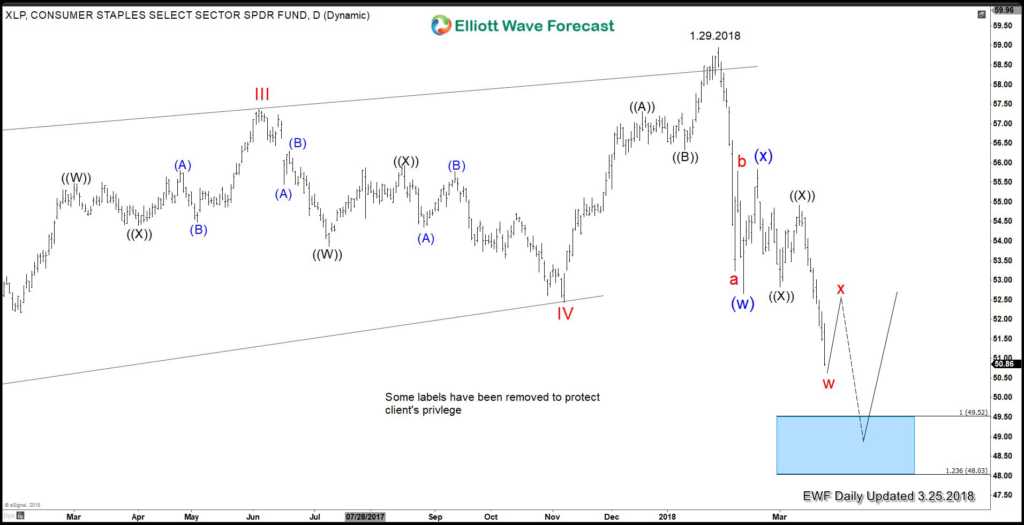 If you’d like to get further updates, take our 14 days FREE trial to get access to Elliott Wave charts for 78 instrument, trading signal, 24 hour chat room, live sessions and more. We are currently also running 30% Spring Sale for any monthly plan of your choice, take advantage of the sale –> 30% OFF Spring Sale