The 2011 Fukushima nuclear disaster in Japan resulted in a huge setback in Uranium. Plans for new nuclear power development are shelved and sentiment turns negative for many years after. However, a decade later the case for uranium is strengthening with the green initiative to limit carbon emission. The war in Ukraine also forces the Western nations to look for alternative supply of energy to rely less on Russia for Oil and Natural Gas. With growing demand and much reduced supply, as well as political support turning positive, Uranium could see a huge comeback in the next decade. Below we look at the Uranium Miners ETF (URA).

URA is an ETF consisting of uranium mining companies and the production of nuclear components. It has a $2.2 billion asset under management as of April 14, 2022 with 49 number of holdings in uranium related companies. 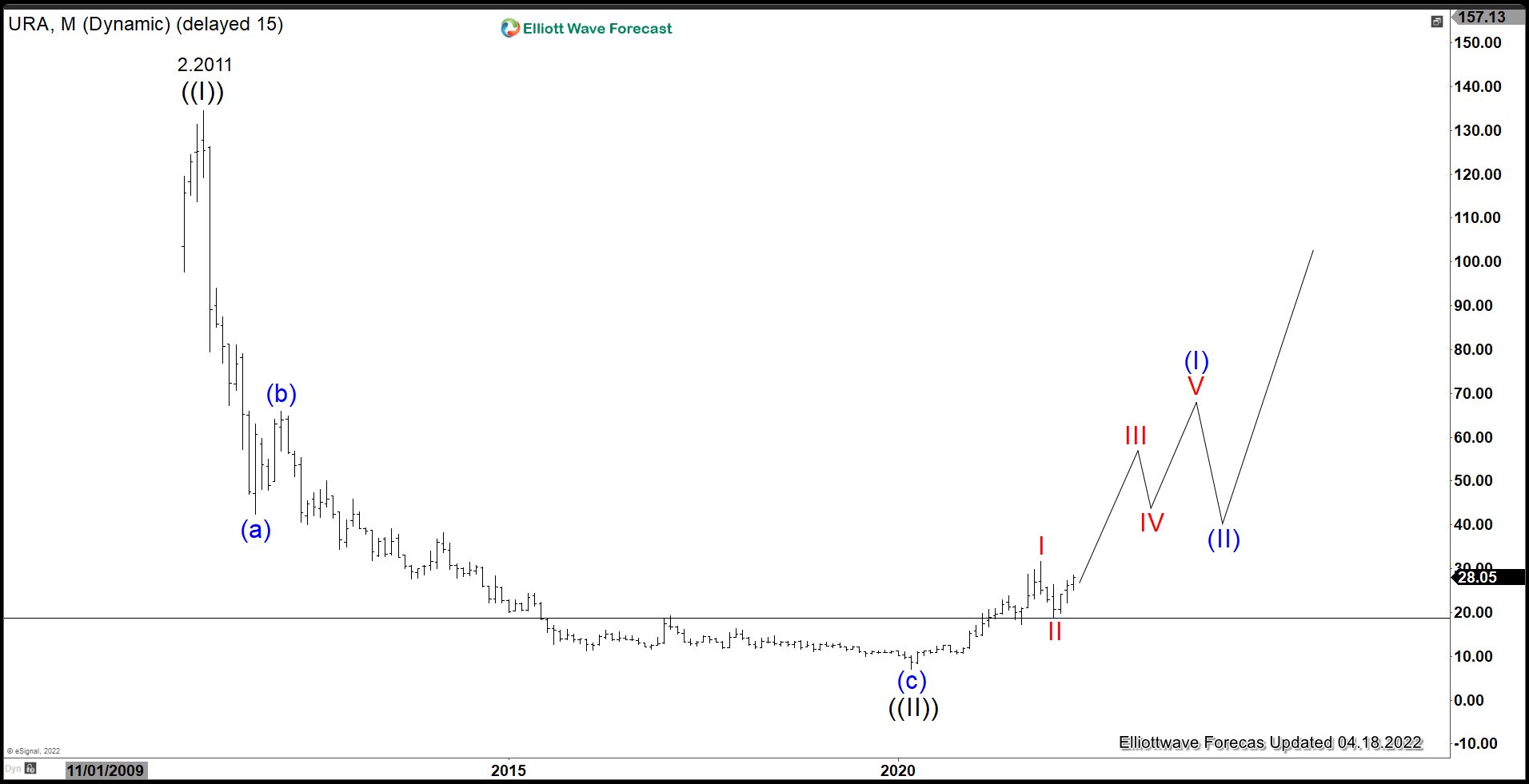