United Natural Foods Inc., (UNFI) together with its subsidiaries, distributes natural, organic, specialty, produce & conventional grocery & non-food products in the US and Canada. It operates in two segments, wholesale and retail. It is based Providence, Rhode Island, comes under Consumer Defensive sector and trades as “UNFI” ticker at NYSE. 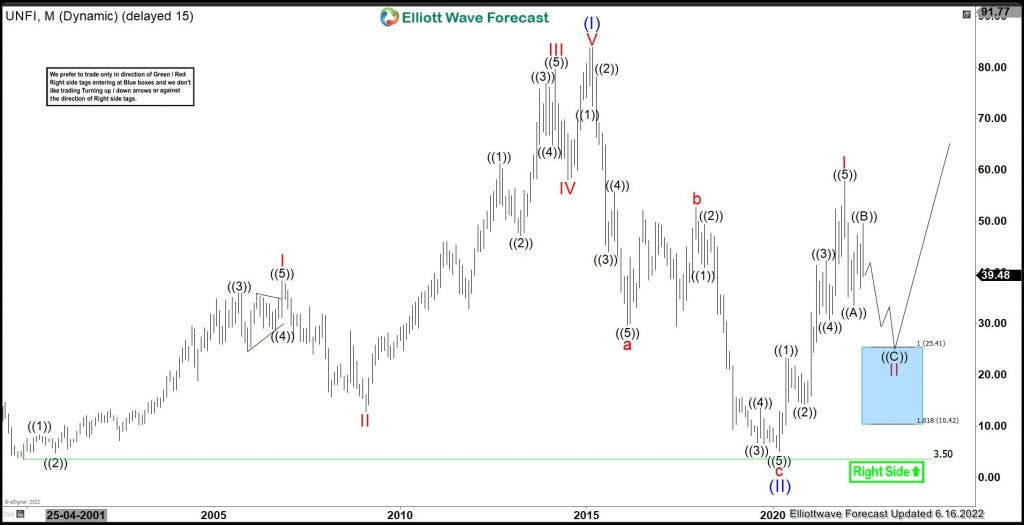 Elliottwave Forecast updates 1-hour charts four times a day & 4-hour charts once a day for all our 78 instruments. We do a daily live session where we guide our clients on the right side of the market. In addition, we have a chat room where our moderators will help you with any questions you have about what is happening in the market at the moment. You can try us for 14 days for only $9.99.