June 30 Midday update shows that TSLA ended wave ((ii)) pullback at 937.38 low, which is within the blue box. From there, the pair saw a reaction higher after buyers appeared at that blue box area. The rally broke above previous wave ((i)) high and also wave 3 high, to confirm that wave ((ii)) is already in place and the next leg higher is already in progress. This allows buyers from the blue box a risk free position (stop loss moved to entry). 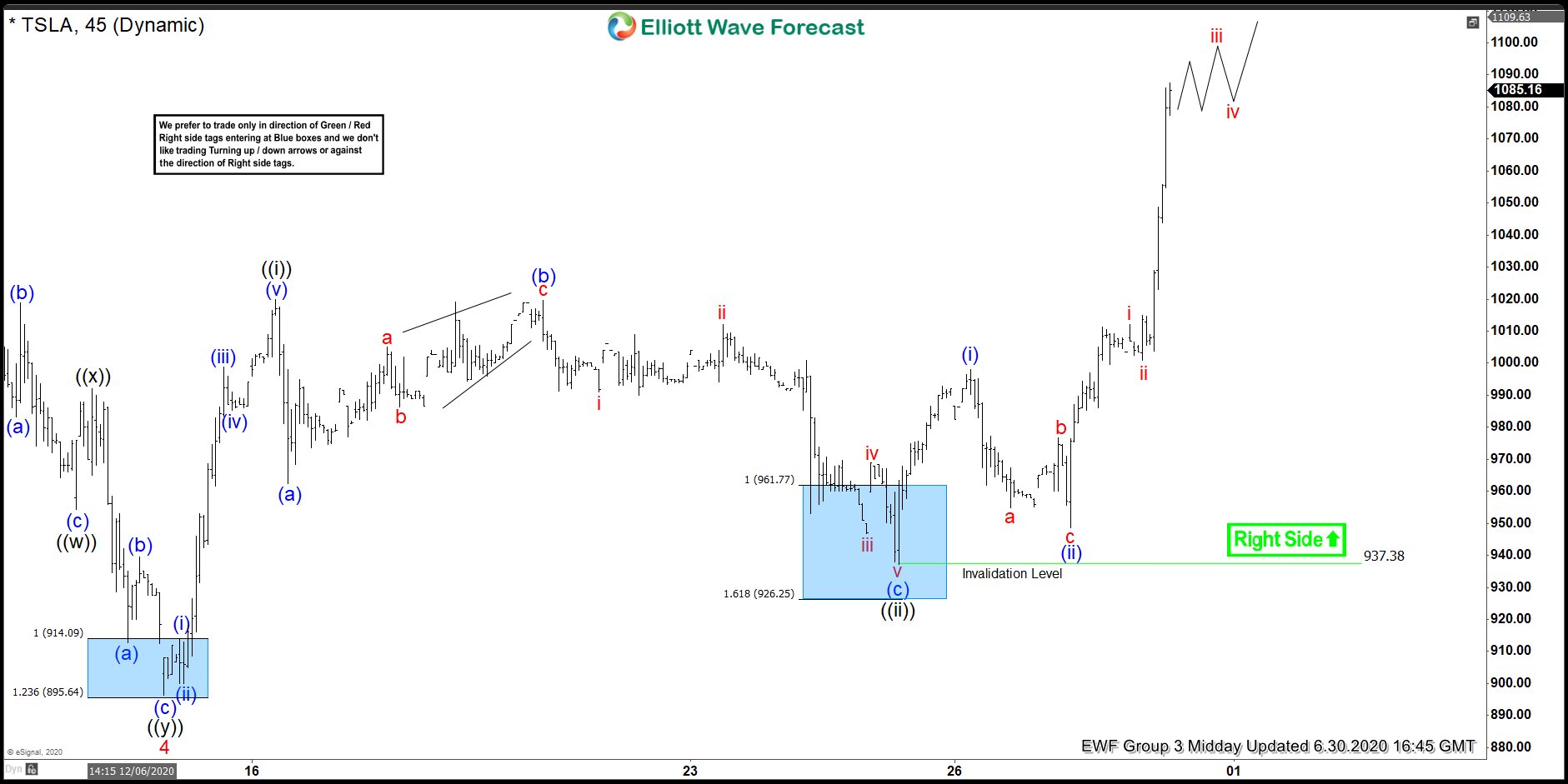 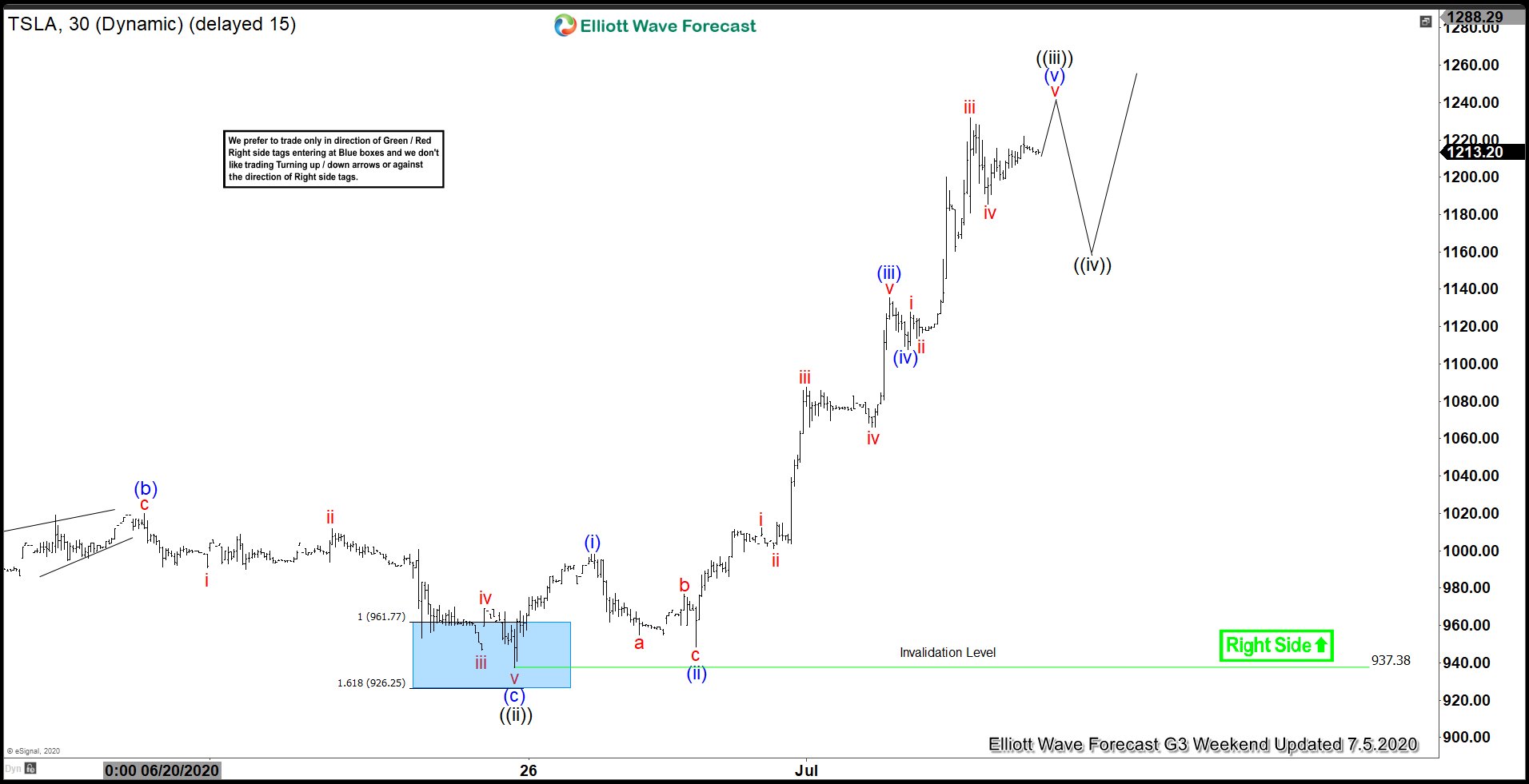