Over the weekend, President Trump sent a pair of tweets threatening to increase tariffs from 10% to 25% on $200 billion of Chinese goods. This increase will happen on Friday this week. In addition, Trump also said he will implement 25% tariff on $325 billion additional Chinese goods.

These tweets left no room for the U.S. to back down. U.S. Trade Representative Robert Lighthizer also made it clear that additional tariffs will apply this Friday despite the ongoing talk. Lighthizer is one of China hawks in Trump administration. He has pushed for an enforcement mechanism

News start to surface that the U.S. lose their patience after China backtracks their commitments to address U.S. complaints. Beijing returned a draft agreement to Washington late on Friday night with reversal to concessions on core U.S demands. The U.S. complaints center on the areas of intellectual property and forced technology transfer. There are several other areas such as market access for cloud computing firm and also currency manipulation. China has apparently gone back on all the major concessions it had made during the negotiation.

Chinese negotiators said they could not change the domestic laws, as such changes will be major and can’t be done quickly. They also accuse the U.S demands becoming harsher as the negotiations drag on. Although Vice Premier Liu He will still visit Washington on Thursday, the odds that the two sides can reconcile after this event seems to be slim at this stage.

For months, investors and market seem to believe that the two largest economies are close to making a deal. The markets are trading at near high or all-time high when President Trump sent the tweet on Sunday. The news immediately sent the stock market and commodities into free fall on Monday open. The sell-off can continue if there’s no deal by Friday. 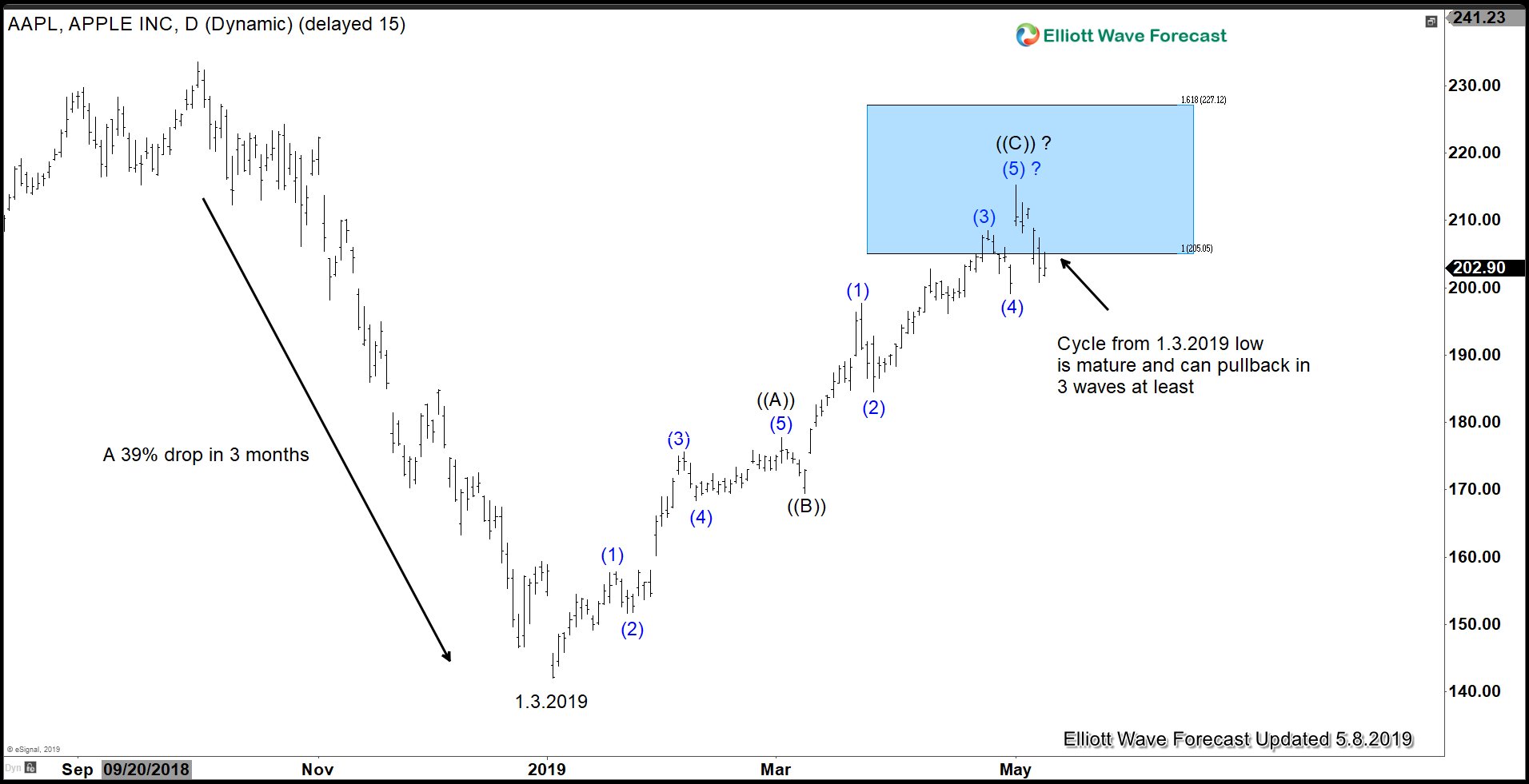 Apple has a lot of stake if the U.S and China trade war escalates. China is one of the company’s biggest markets. Revenue from Greater China market made up 20% of Apple’s total revenue of $229.2 billion. In terms of operating profit, Greater China accounted for 21.9% of Apple’s total operating profit in the last financial year. China is also one of the manufacturing base for Apple’s products, such as iPhone, iPad, and Macbook.

The months long trade negotiation between China and U.S. is wrapping up this week. Recent deterioration of the talk due to China’s reversal of its commitment is a cause of concern for investors. The rising odds of escalation this week sent the stock market and commodities tumbling. The selloff can potentially continue if there’s no agreement by this week. U.S. companies with significant stake in China, such as Apple, can suffer in the case of a trade war escalation.

To see the latest count in U.S stocks and Indices, forex, and commodities, feel free to join with the 14 days FREE Trial.