Firstly the British Pound Sterling tracking ETF fund FXB  inception date was 6/21/2006. The bearish cycle lower from the November 2007 highs in FXB is favored ended in this analysis. The British Pound Sterling has been the currency of the Bank of England since 1694. Considering that date was back before there was a US Dollar to compare with and data readily available suggests price was at 2.6440 in 1972.  Spot price in the GBPUSD foreign exchange was 1.0520 in 1995. Price was at 2.1161 in 2007 where it peaked and turned lower. This is where we will shift the focus to the FXB highs at 211.44 in November 2007. 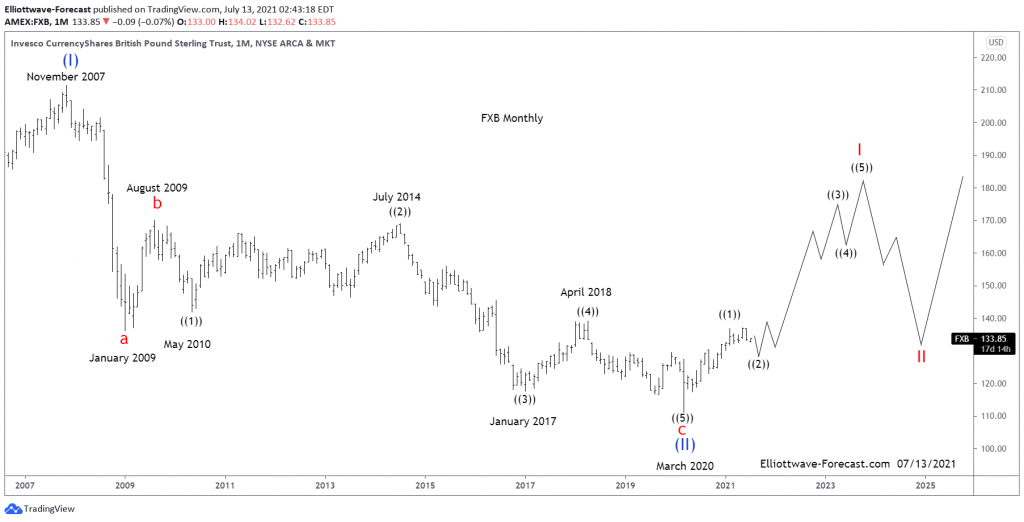 Thirdly the turn lower from the July 2014 highs appears to be an impulse lower into the January 2017 lows. Price appeared to print a double three into the April 2018 highs. From there it appears another  impulse completed in March 2020.

In conclusion : The instrument is currently correcting the cycle up from the March 2020 lows. While above there the currency can continue a longer term trend higher against the dollar.