Gold and related Index such as Gold Miners Junior (GDXJ) have been in steady decline / sideways in the past 14 months. GDXJ in particular continues to correct lower after forming the high at 65.95 on August 2020. In this article, we will take a look at the potential support area for the ETF. We believe the longer term direction of this ETF still remains higher despite the more than 1 year correction. 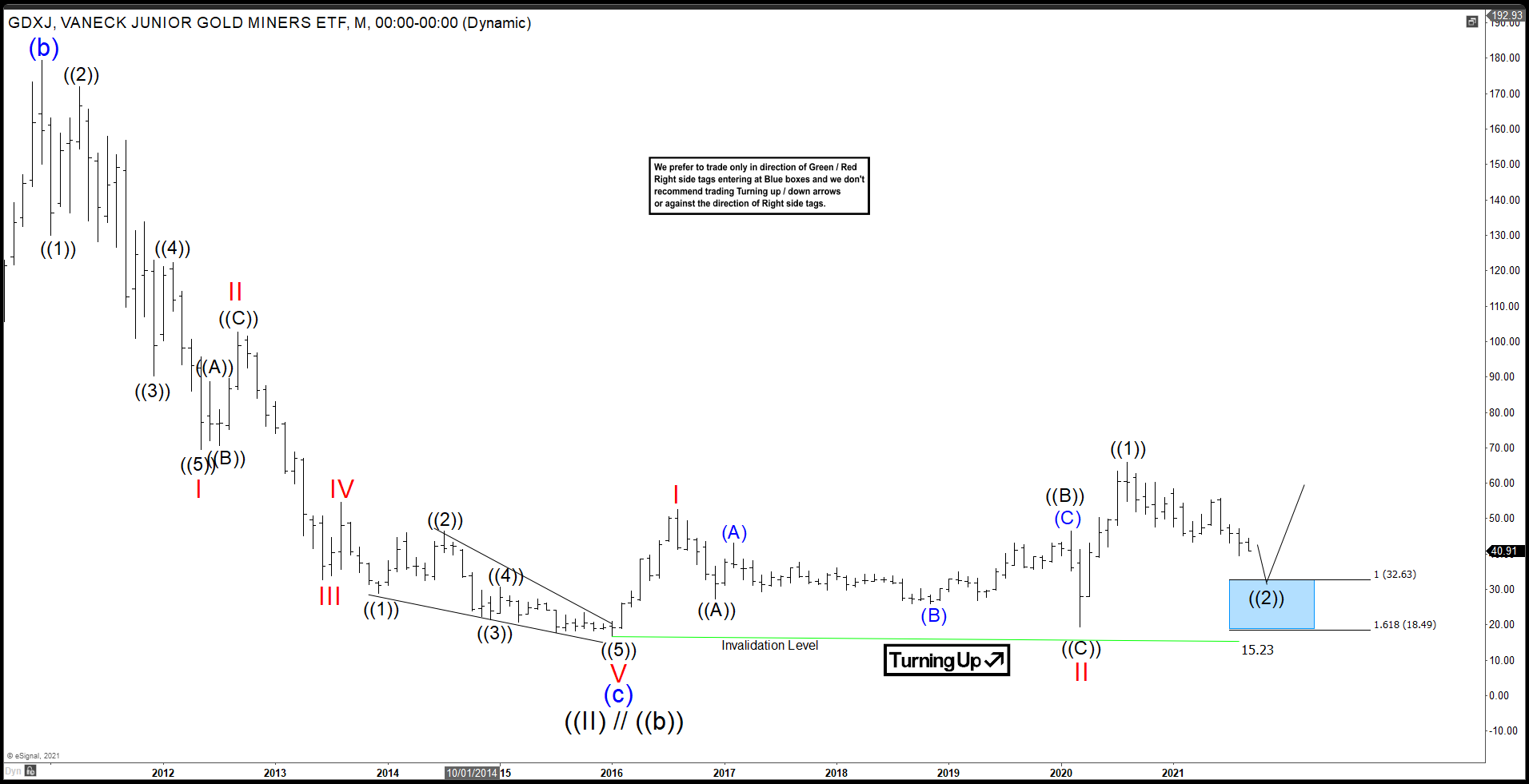 Monthly chart of GDXJ above suggests decline to $15.23 ended Grand Super Cycle wave ((II))/((b)) on January 2016. The ETF starts to turn higher and likely in the very early stage of the next multi-year / decade bull run. Wave ((2)) of III pullback is currently in progress to correct cycle from March 2020 low. As far as pullback stay above $15.23, expect the ETF to resume higher again. 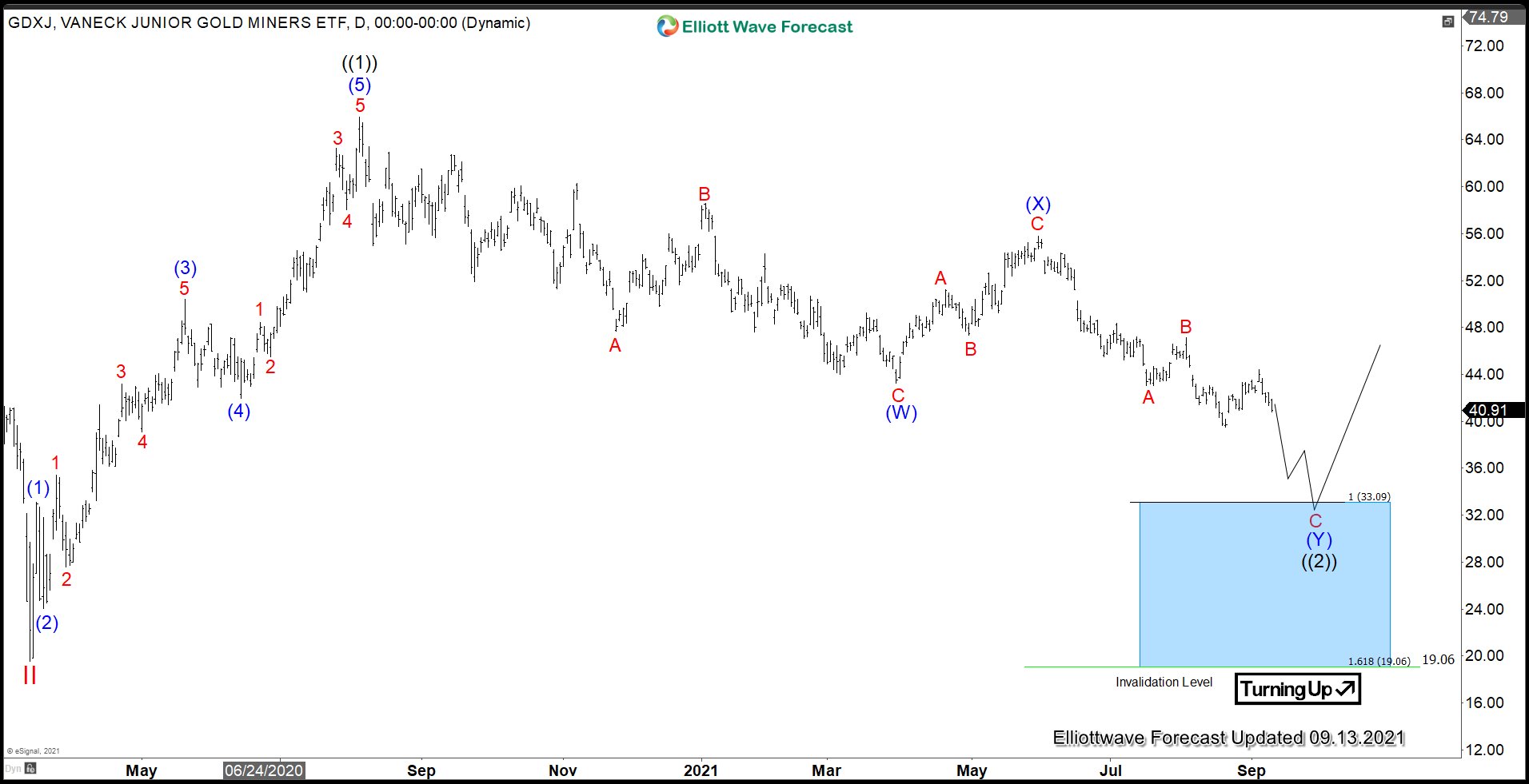