Hello fellow traders. In this technical blog we’re going to take a quick look at the past Elliott Wave charts of Nikkei published in members area of www.elliottwave-forecast.com. We’re going to explain the structure and see how we forecasted the path. 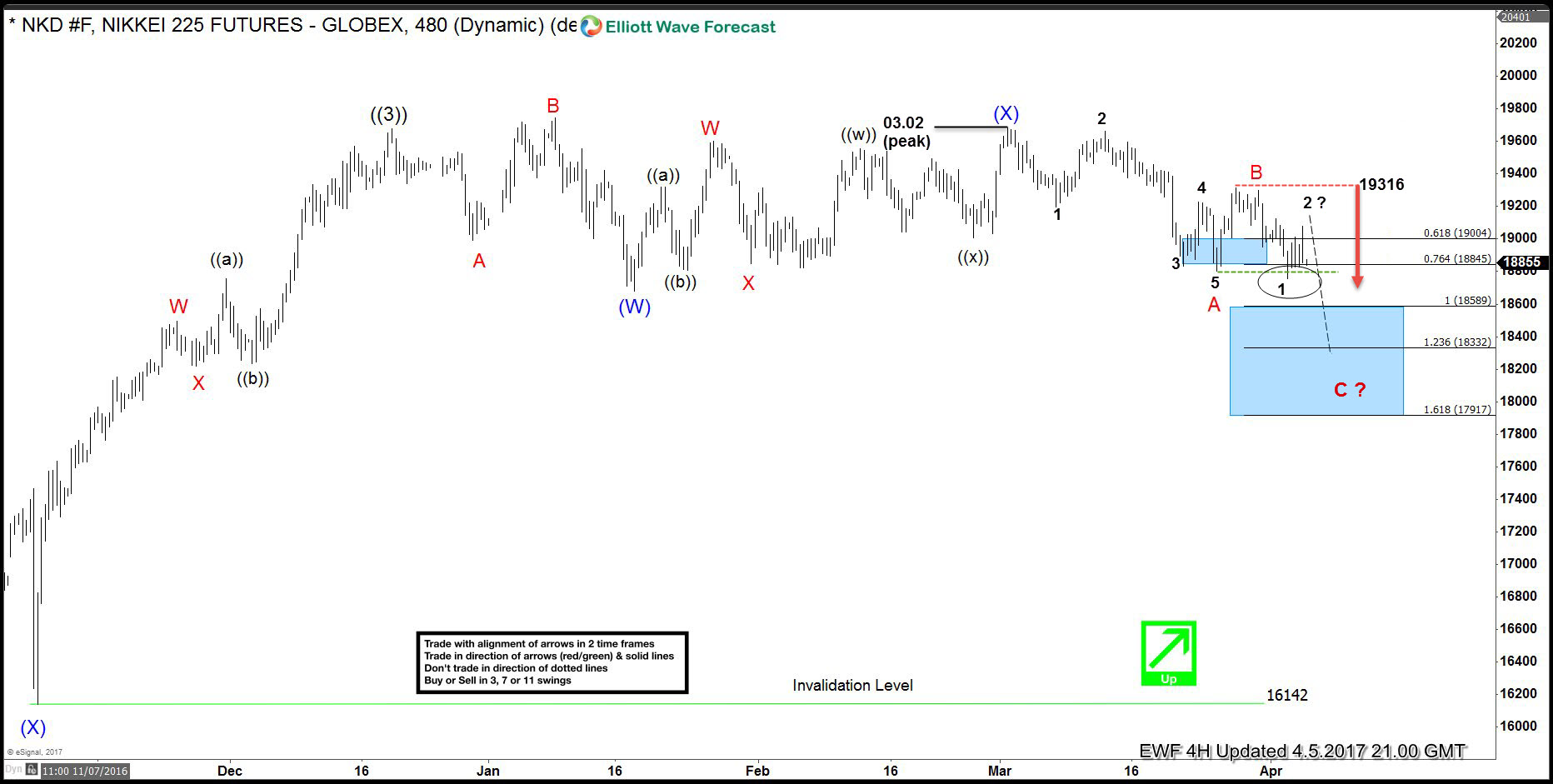 Now let’s take a look at the short term structure.

Nikkei is bearish against the 19316 peak. Current view suggests the index is doing wave ((ii)) recovery which is unfolding as  double three elliott wave structure. We expect it to make another leg up in wave (y) of ((ii)) toward 19034-19100 area. At that zone sellers will be waiting for furhter decline toward proposed taget area: 18589-17917 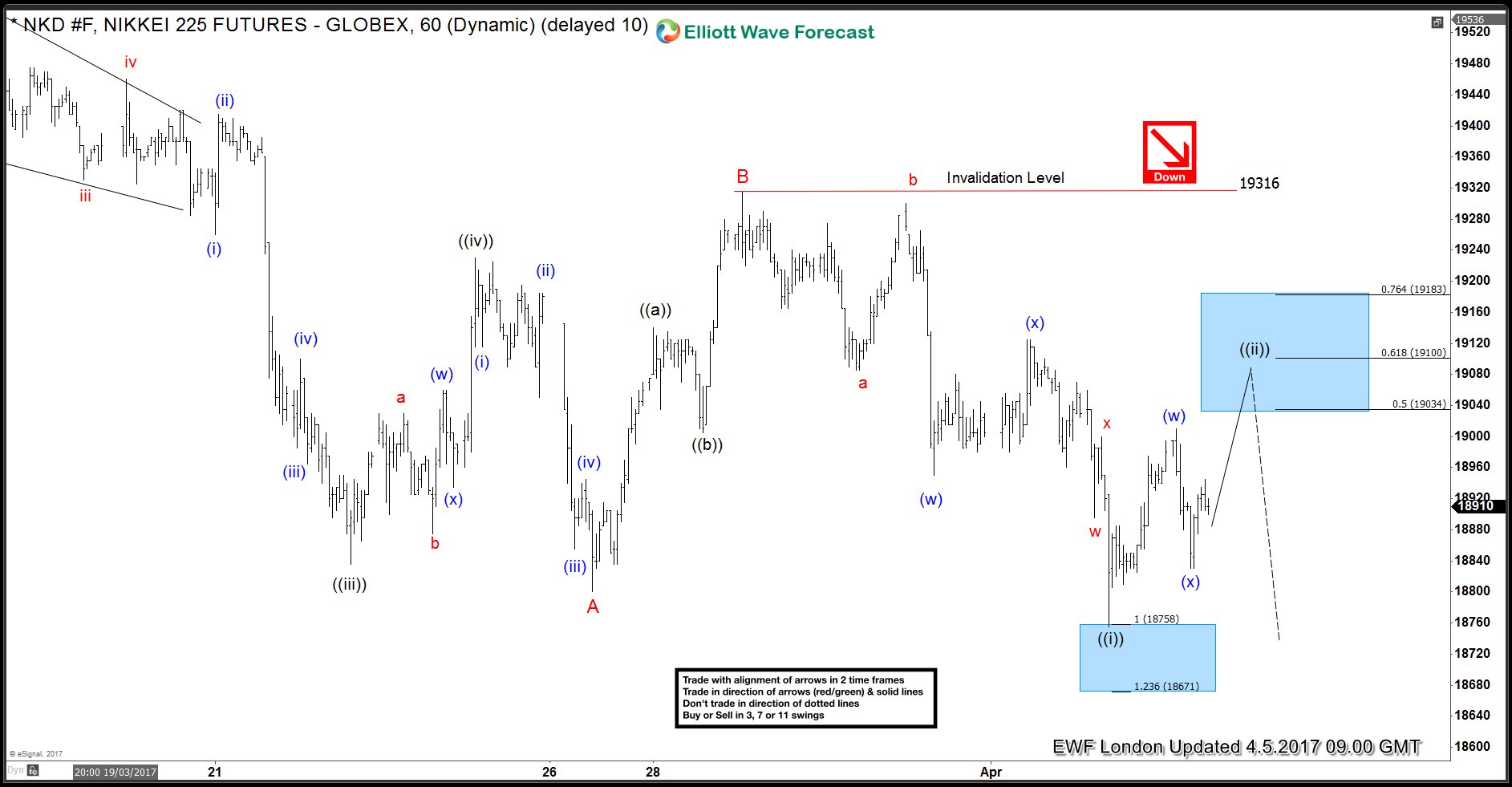 Eventually, the price has reached proposed blue box at 19034-19100, complete short term recovery, make decline toward new lows and reached the target at 18589-17917 . However there’s no any sign yet that cycle from the 03/02 peak is done yet.  Keep in mind that market is very dynamic. If you’re interested in new Elliott Wave analysis of Nikkei you can find them in the membership area of EWF.  We cover 52 instruments in total. If not a member yet,  Sign Up for Free Trial now and get new trading opportunities.

Through time we have developed a very respectable trading strategy which defines Entry, Stop Loss and Take Profit levels with high accuracy and allows you to make position Risk Free, shortly after taking it. If you want to learn all about it and become a professional Trader, join us now for Free. 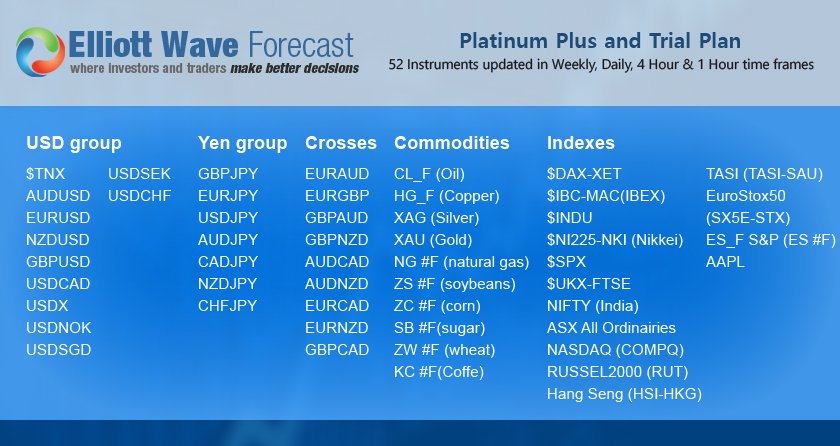