Newmont Mining (ticker: NEM) is the world’s largest gold mining company, based in Greenwood Village, Colorado, United States. It has ownership of gold mines in Nevada, Colorado, Ontario, Quebec, Mexico, the Dominican Republic, Australia, Ghana, Argentina, Peru, and Suriname. Newmont is the only gold producer listed in the S&P 500 Index. The company is leading the miner sectors and close to break its previous all-time high in the year 1987 at $81.92. The stock made an intraday high of $80.75 earlier this month on March 8. Below we will look at the Elliott Wave chart of the company 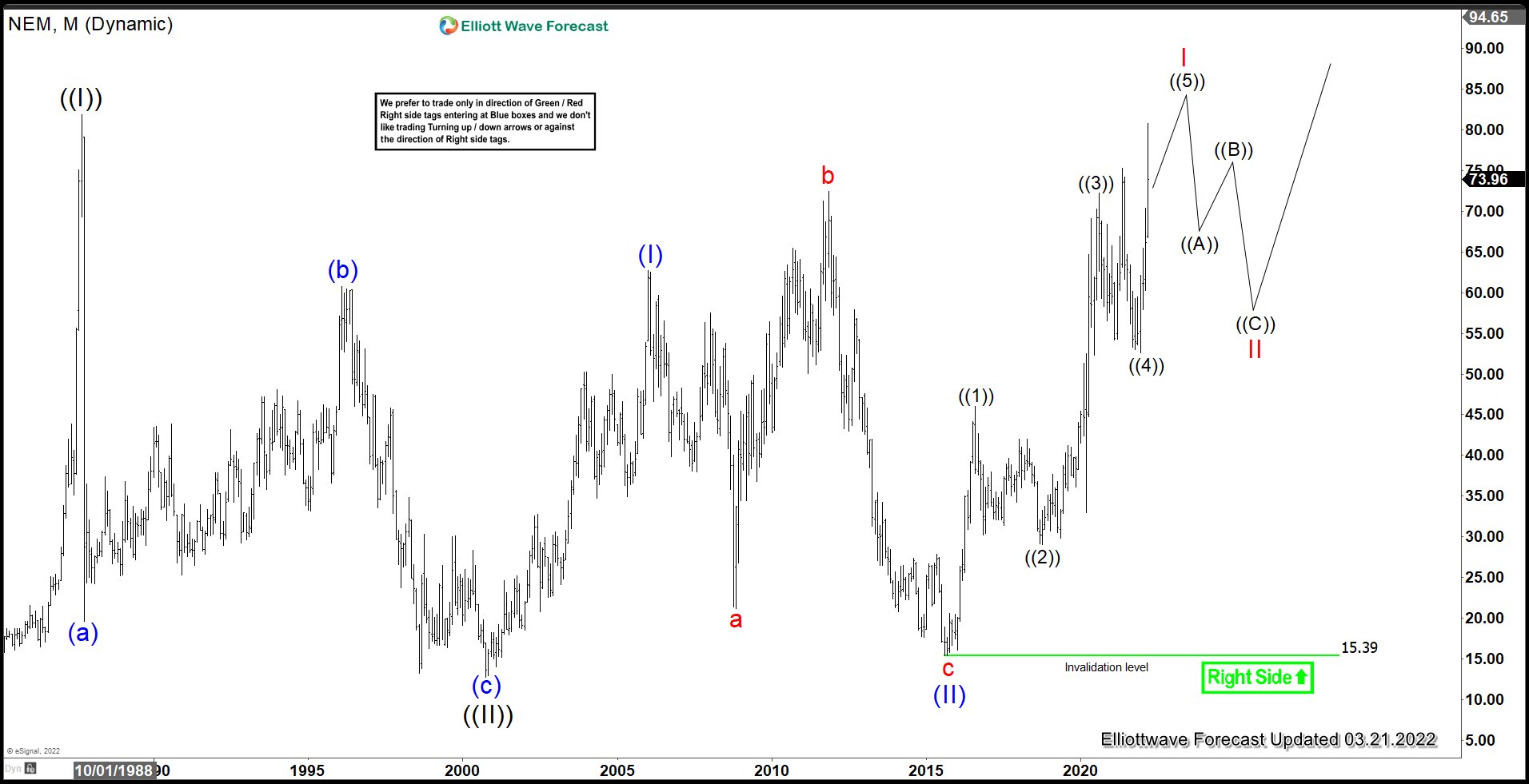 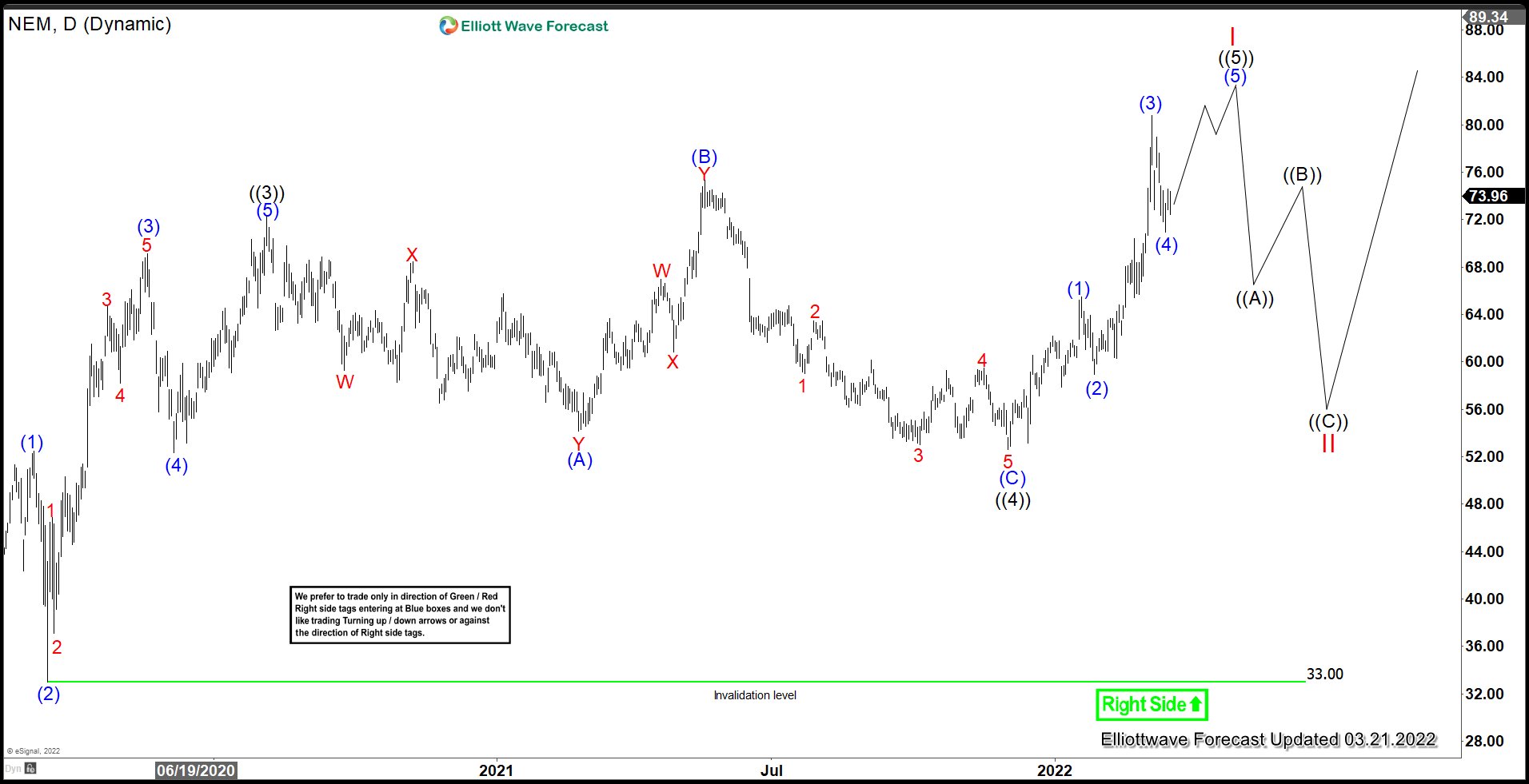 Daily Elliott Wave Chart of Newmont mining (NEM) above suggests the stock may see 1 more push higher before ending wave ((5)). This would also complete wave I in higher degree and end cycle from August 2015 low. Stock can then see pullback in larger degree to correct the cycle from August 2015 low before the rally resumes. Pullback should offer an opportunity to buy the dips in 3, 7, or 11 swing for further upside.

To get regular updates on stocks, ETF, Indices, Forex, and commodities, feel free to take our Trial here –> 14 Days Trial