So far the stock that has seen a price change of 16.25% so far this year. Currently paying a dividend of $2.2 per share, the company has a dividend yield of 2.89%. In comparison, the Aerospace defense industry’s yield is 0.96%, while the S&P 500’s yield is 1.96%. The company’s current annualized dividend of $8.80 is up 7.3% from last year. In the past five-year period, Lockheed Martin has increased its dividend 5 times on a YOY basis for an average annual increase of 10.57%. Indicating a highly optimistic Future ahead which could attract more investors.

However, in this blog, we will be taking a look at the technical picture of the stock using the Elliott wave theory to identify future price action in the stock below. 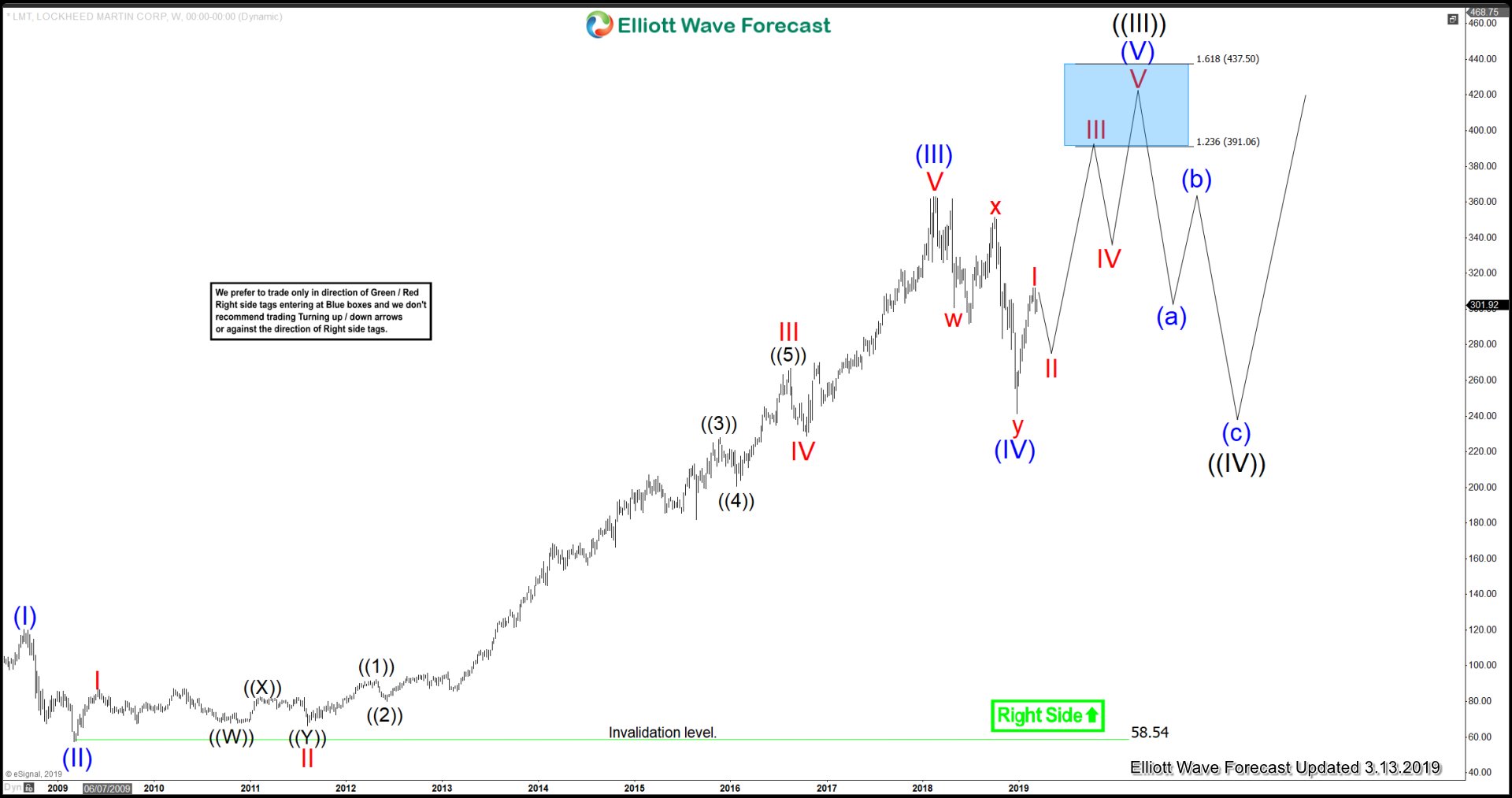 Looking at Weekly chart, the cycle from all-time lows is unfolding in powerful impulse Elliott wave structure in Grand Super Cycle degree. Looking to extend higher towards $391.06-$437.50 in 5 waves structure to end the cycle from Oct 1999 low in wave ((III)). And then from there, the stock is expected to see a bigger 3 wave pullback in Grand Super Cycle degree wave ((IV)) before next round of rally starts. 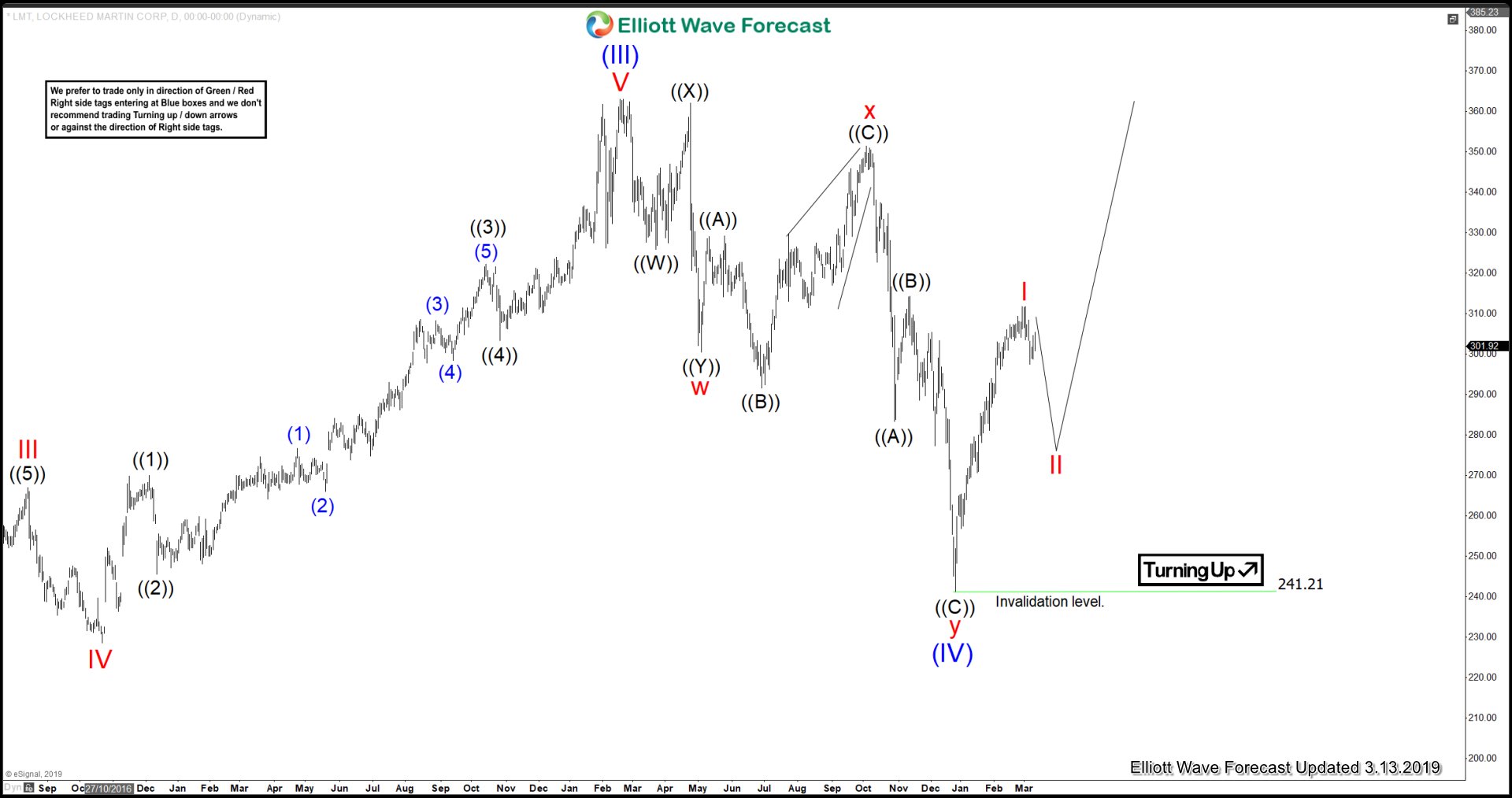 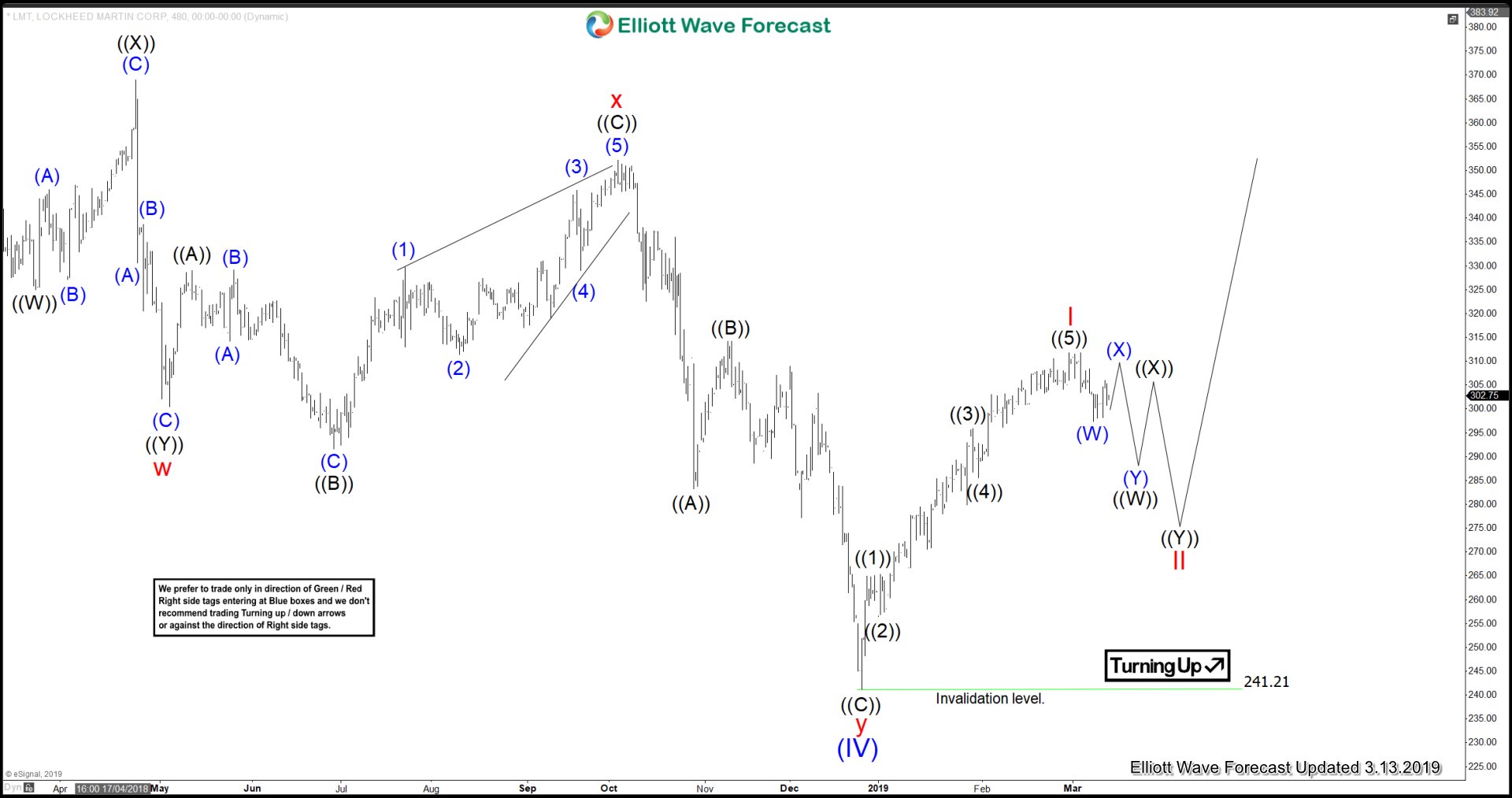 In conclusion, the cycle from all-time lows is showing incomplete impulse structure in Grand Super Cycle degree in longer-term view. Suggesting that the bulls should remain in control looking for more upside either against $241.21 low or against $58.54 March 2009 low. While in short-term price action the stock still needs to clear & see a break above 2/16/2018 peak ($363) peak to confirm the next extension higher. 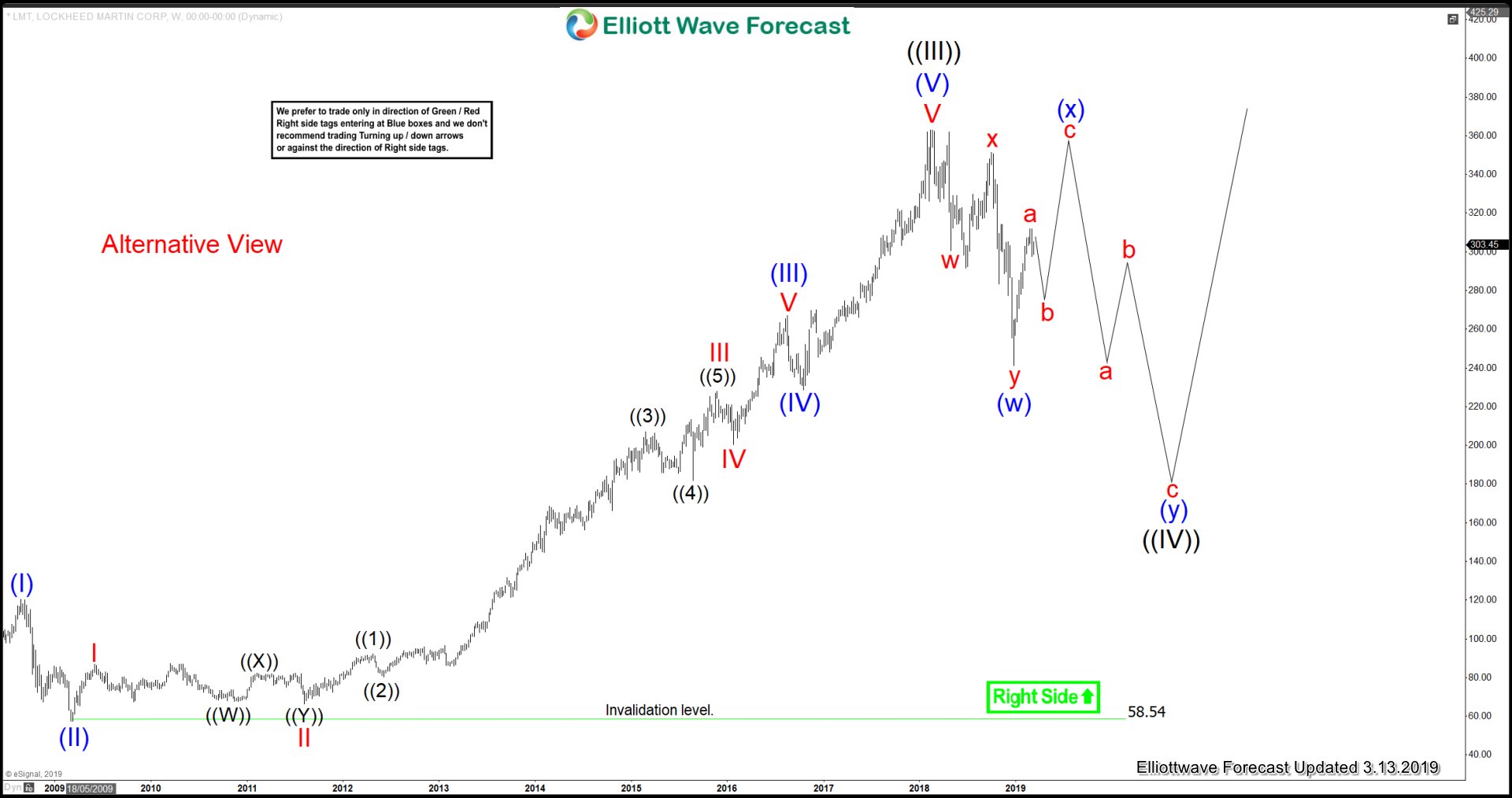 Above is the alternative view in Weekly time frame, in which instead of making new highs the stock can fail below 2/16/2018 peak ($363) peak. It may do a double correction lower and end up correcting bigger cycle from November 1999 low in Grand Super Cycle degree wave ((IV)) before resuming higher again.

Keep in mind that the market is dynamic and the view could change in the meantime. Success in trading requires proper risk and money management as well as an understanding of Elliott Wave theory, cycle analysis, and correlation. We have developed a very good trading strategy that defines the entry. Stop loss and take profit levels with high accuracy and allows you to take a risk-free position, shortly after taking it by protecting your wallet. If you want to learn all about it and become a professional trader. Then join our service by taking a Free Trial.