Above from there the stock is already bounce higher in intermediate wave (2) bounce against 15.59 high as a Flat correction. When it should be looking to extend another push higher in shorter cycles towards 14.82-15 50-61.8% Fibonacci retracement area (blue box) to end the proposed Flat correction. Afterwards, the instrument is expected to turn lower again as per Elliott Wave theory suggests that we should get another 5 waves into the direction of the previous leg of 5 waves as far as a pivot from 15.59 high stays intact. 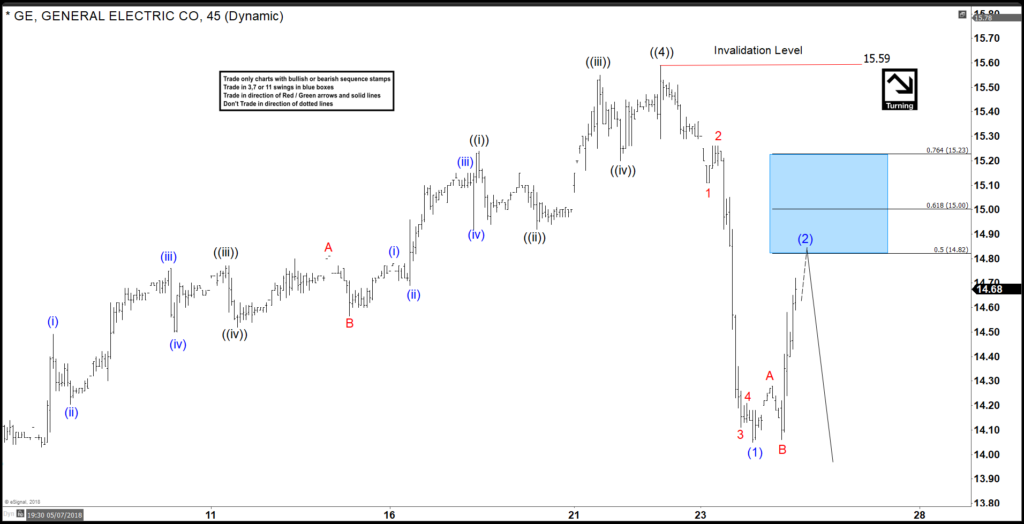 But if the pivot from 15.59 high gives up and the stock manages to break higher from current levels then that will create a possibility of a Flat correction from 4/20 peak (15.06). Which means that the 5 waves decline from 15.59 high was part of a wave C of a Flat correction from 4/20 peak within intermediate degree wave (X) pullback. And we could still see another leg higher towards 16.39-16.93 area approximately to end the bounce from 3/26 low within primary wave ((4)) bounce before instrument resumes lower. 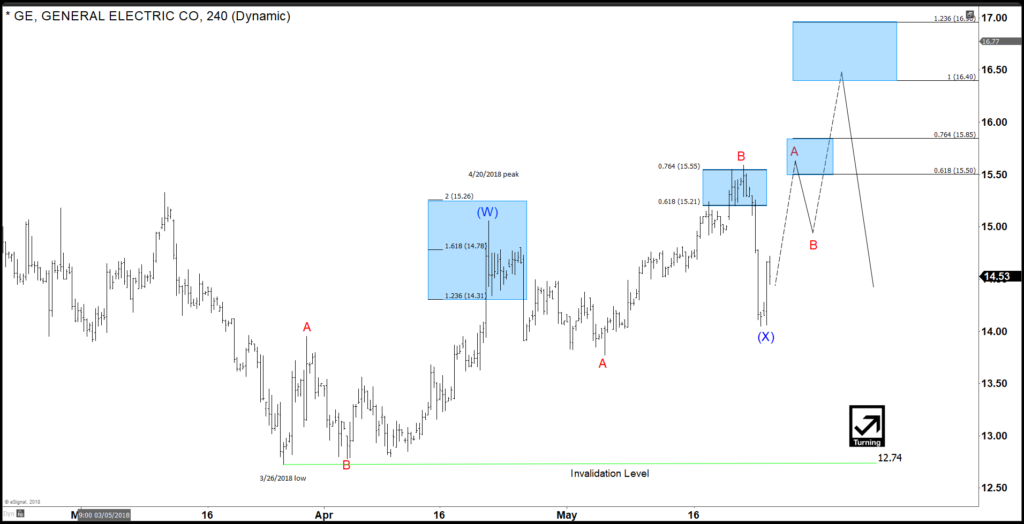 Keep in mind that the market is dynamic and the view could change in the meantime. Success in trading requires proper risk and money management as well as an understanding of Elliott Wave theory, cycle analysis, and correlation. We have developed a very good trading strategy that defines the entry. Stop loss and take profit levels with high accuracy and allows you to take a risk-free position, shortly after taking it by protecting your wallet. If you want to learn all about it and become a professional trader, then join our service with a free 14-day trial.