It has a chart that is nesting 1s and 2s for what is likely to be a breathtaking breakout once the multi year breakout occurs.   Lets take a look at the company profile:

The company was founded in 1990 by inventor Harold McMaster as Solar Cells, Inc. and the Florida Corporation in 1993 with JD Polk. In 1999 it was purchased by True North Partners, LLC, who rebranded it as First Solar, Inc. The company went public in 2006, trading on the NASDAQ. Its current chief executive is Mark Widmar, who succeeded the previous CEO James Hughes July 1, 2016. First Solar is based in Tempe, Arizona.

As of 2010, First Solar was considered the second-largest maker of PV modules worldwide. and ranked sixth in Fast Company’s list of the world’s 50 most innovative companies. In 2011, it ranked first on Forbes’s list of America’s 25 fastest-growing technology companies. It is listed on the Photovoltaik Global 30 Index since the beginning of this stock index in 2009. The company was also listed as No. 1 in Solar Power World magazine’s 2012 and 2013 rankings of solar contractors”

Lets dig into the charts! 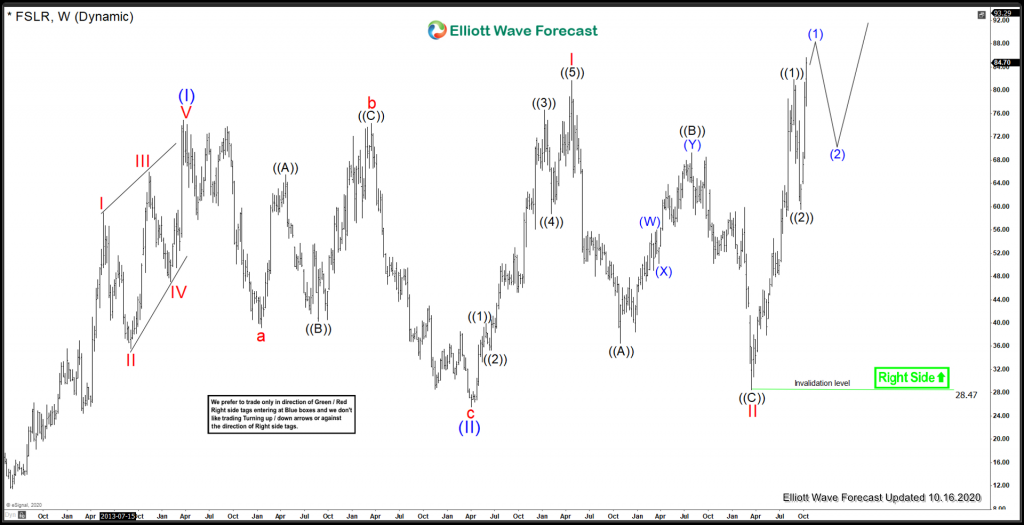 Lets zoom into the 4H view. 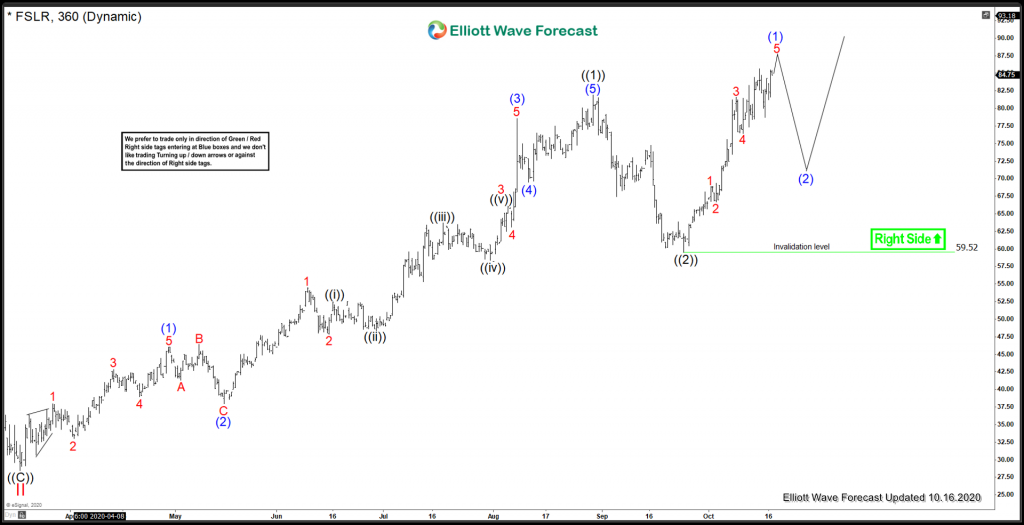 In conclusion, the structure from the 2012 low on First Solar is very bullish.  It has potential to break out in a multi year rally.  I do not like selling/shorting this name, and as long as prices remain above 52.52, further upside is expected to take place.