Based in Chicago, Illinois, The Boeing Company is a supplier of commercial jet aircraft for passenger and cargo needs to several airline companies around the world, including United Airlines, American Airlines, and Southwest Airlines. The recent uptick of new virus strain Omicron has again affected international travel with more stringent testing and travel rules by many countries. Low production numbers together with the decline in air travel demand weighed on Boeing’s finances during the pandemic. Below is the technical outlook of the stock using Elliott Wave. 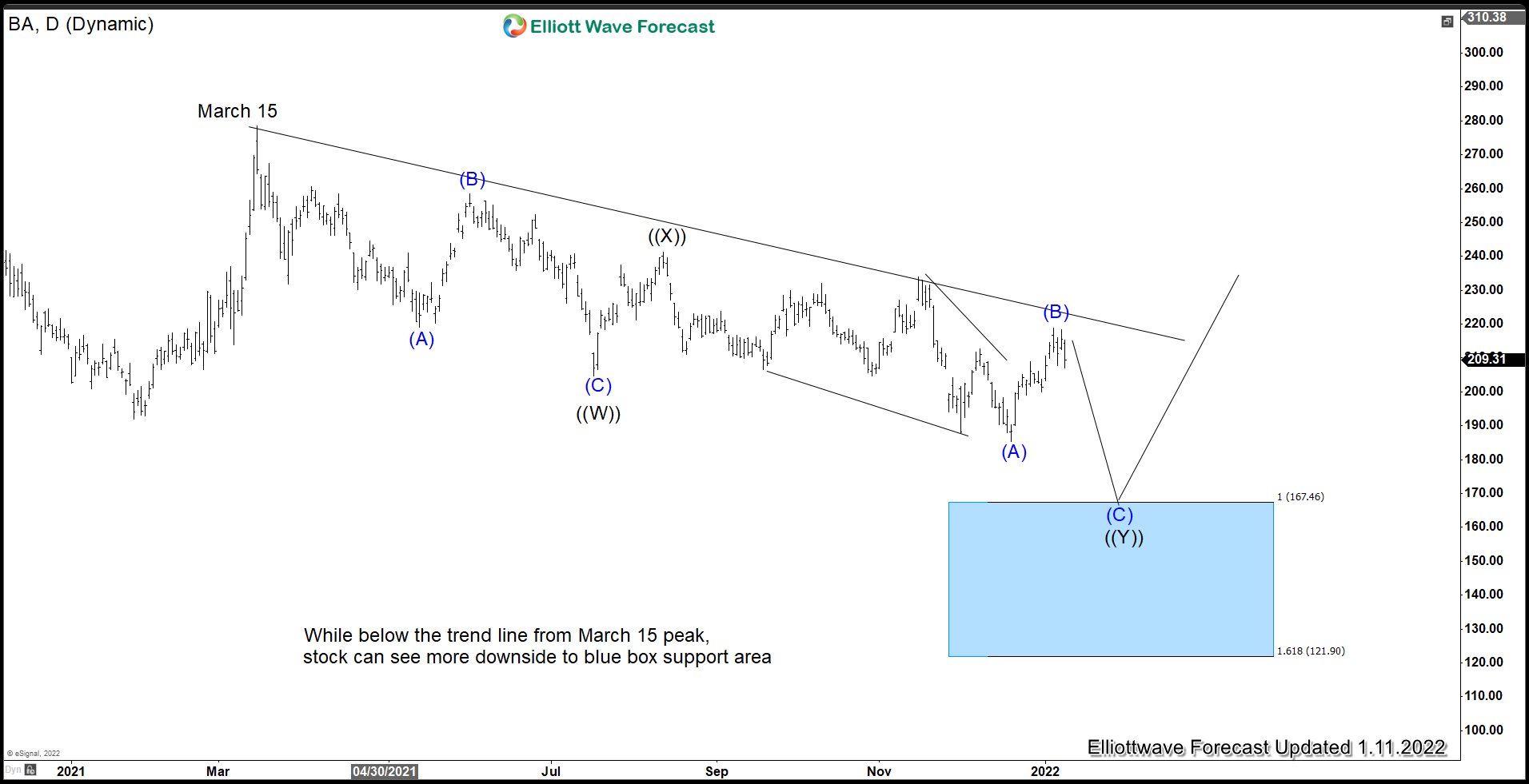 For further update on BA or other stocks, Indices, forex, or commodities, you may take our trial here –> 14 Days Trial