Digihost Bitcoin Miner touts itself as a clean bitcoin miner who’s electricity usage is 90% green energy.  The chart looks pretty clean, but lets take a look at more details on the company:

“Digihost is a Blockchain Technology Company based in the United States with a focus on Bitcoin mining. Our growth-oriented strategy is to continuously exploit opportunities that increase mining hash rate; reduce energy costs through favourable contracts and vertical integration; and, increase the Company’s inventory of Bitcoin mined and held.

Digihost is well positioned to maintain strong Bitcoin mining operations while continuing to execute on its strategy to expand its business operations and achieve its goal of being one of the fastest growing Bitcoin mining companies in North America.”

This miner is a small cap stock, which has large potential, lets take a look at the Elliottwave View. 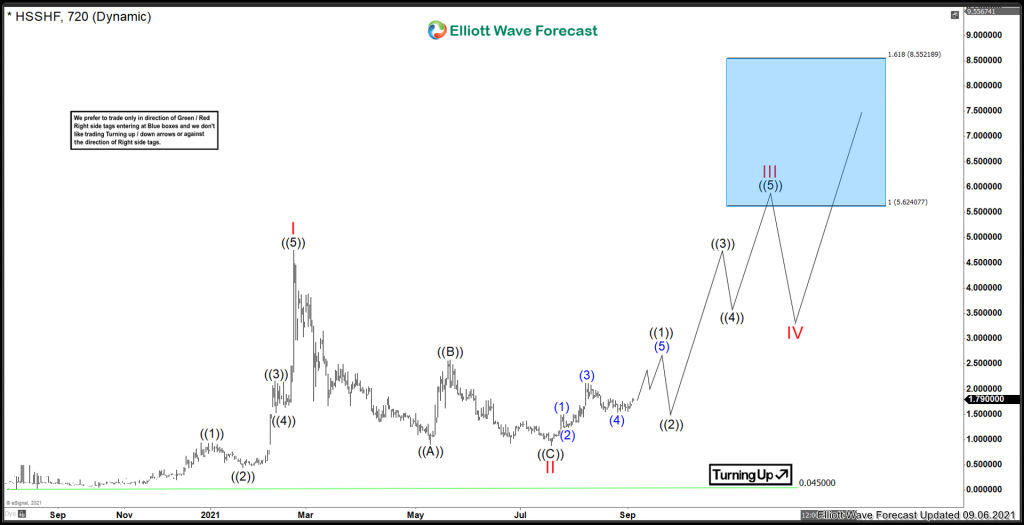 Medium term term view from the all time low in July 2020.  Digihost was slow to start but caught up fairly quickly to other miners.   After initially ralling into ((1)) and correcting in ((2)) in early 2021, the stock experienced an impulsive breakout.  The rally was swift, which took the price from ((2)) low @ 0.43 to the peak ((5)) @ 4.75 within the span of a month.   Consequently, after such a large run, a pullback was inevitable.