DAX Index 1 Hour chart below shows the move up from 11688 is so far in 3 waves but another high above 11858 will make it 5 waves up that we are labelling as wave (a). Afterwards, Index should pull back in wave (b) in 3, 7 or 11 swings to correct the move up from 11688 low and extend higher. As the swing sequence is bullish, we don’t like selling the Index and would use wave (b) as next buying opportunity in the Index. This view remains valid as far as 11688 low remains in place. 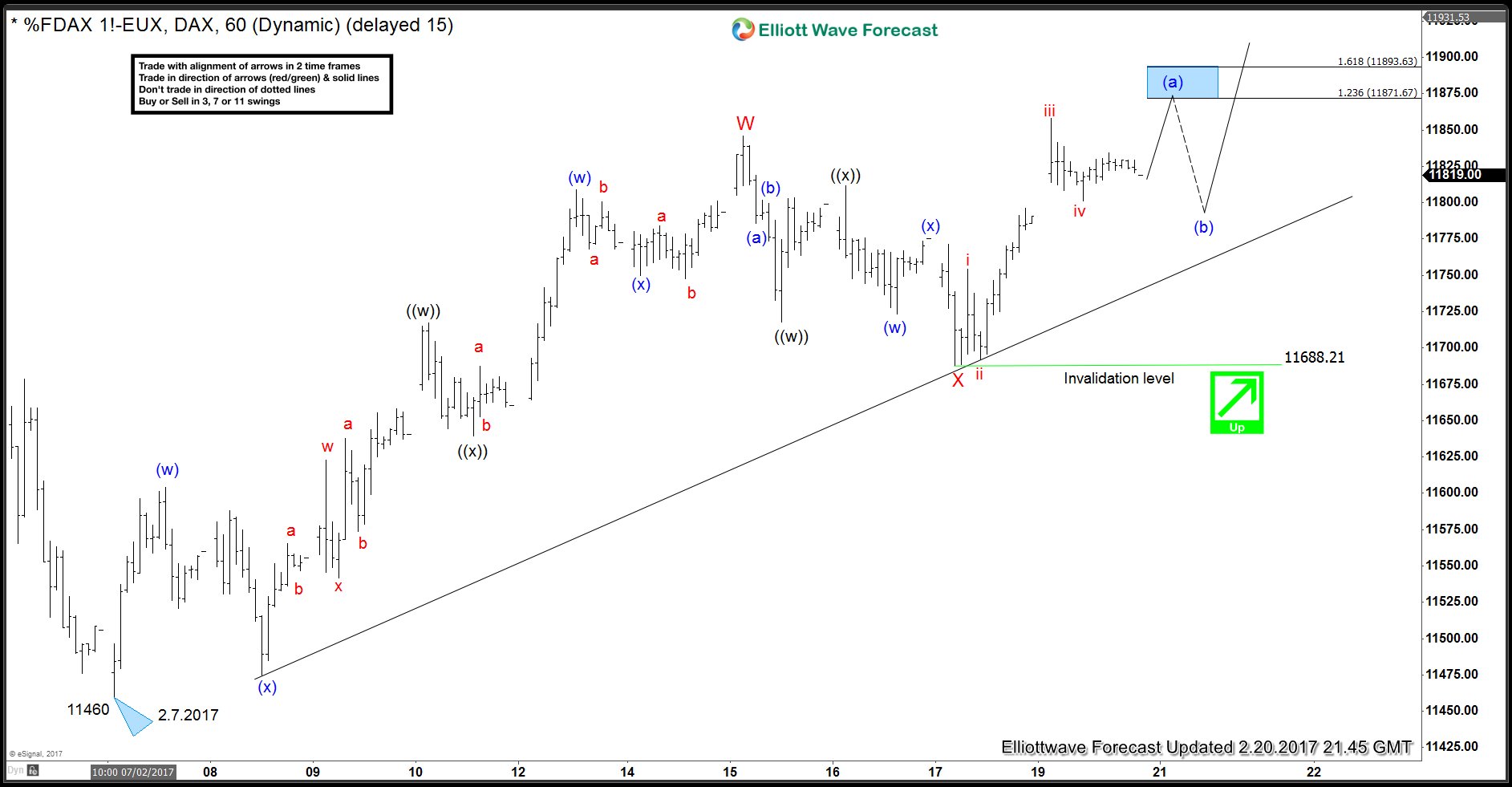 If DAX Index fails to make a new high early on tomorrow and breaks below 11801 instead, that would suggest move up from 11688 low ended as a 3 wave move i.e. wave (x) and Index could then make a push lower to complete wave (x) before turning higher again. Under this scenario, 11775 – 11739 would be the idea area for wave (x) pull back to finish before rally resumes. Again, we don’t like selling the Index and expect buyers to appear in above mentioned area for continuation of the rally provided pivot at 11688 low remains intact. 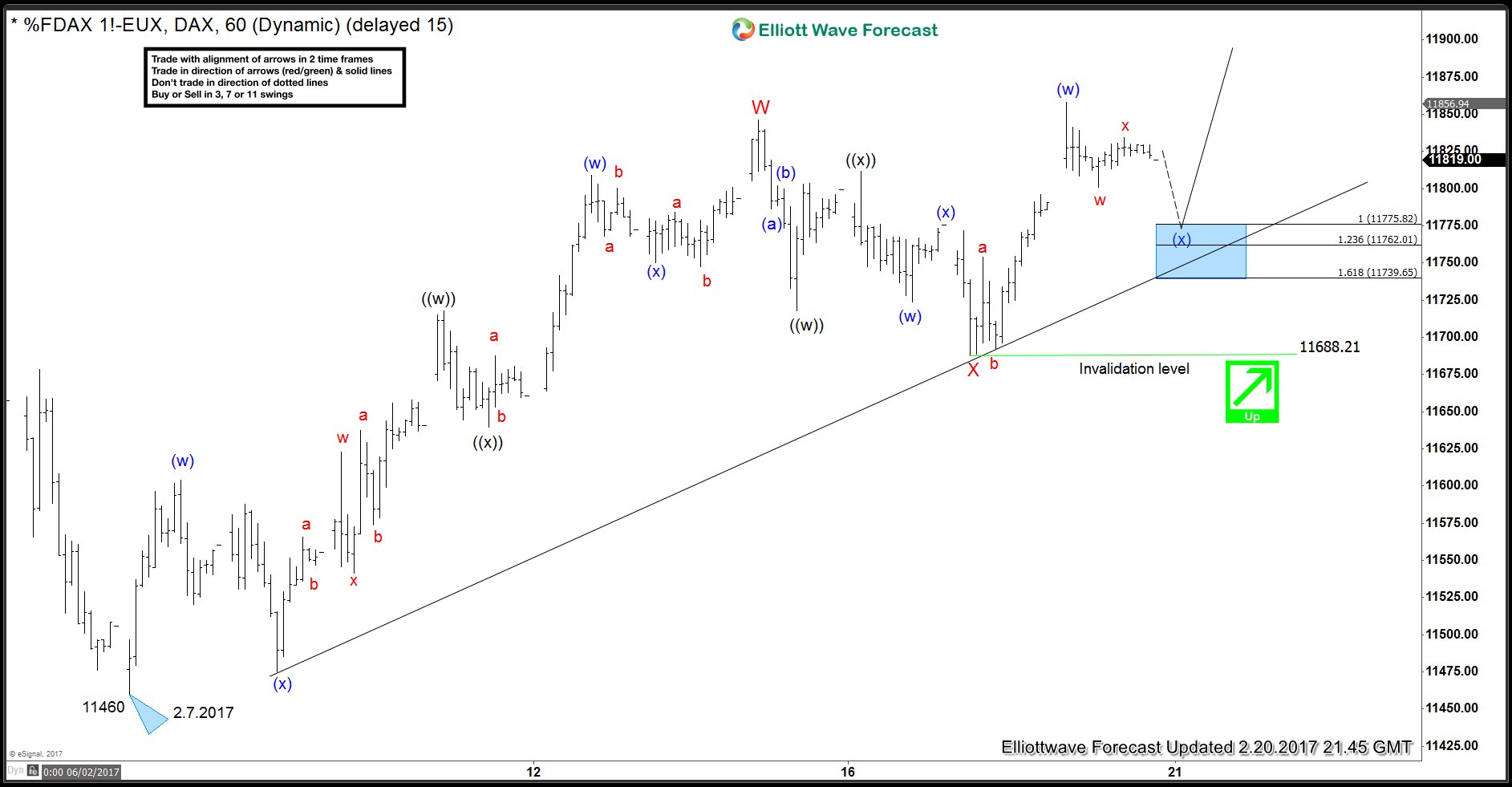 Only a break of pivot at 11688 would negate the above scenarios and make way for a FLAT correction in wave X towards 11696 – 11597 area but still we would expect the Index to remain above 2/7/2017 (11460) low for extension higher because there are 5 swings up from there so we expect this swing sequence to eventually resolve higher and hence why we expect buyers to appear in the dips in 3, 7 or 11 swings against 11688 low in the first degree and against 11460 low in the second degree. We don’t like like selling the Index.