DAX to continue higher in line with other major indices
You are here: Home / Stock Market / DAX Finds Buyers in Blue Box and Continues Higher

Up from the  February 28 lows, we saw a 5 wave Elliot Wave impulse in 1. We saw a pullback in wave 2, which we expected to unfold in three swings. In the chart below, price was within the blue box where we expected a reaction higher. 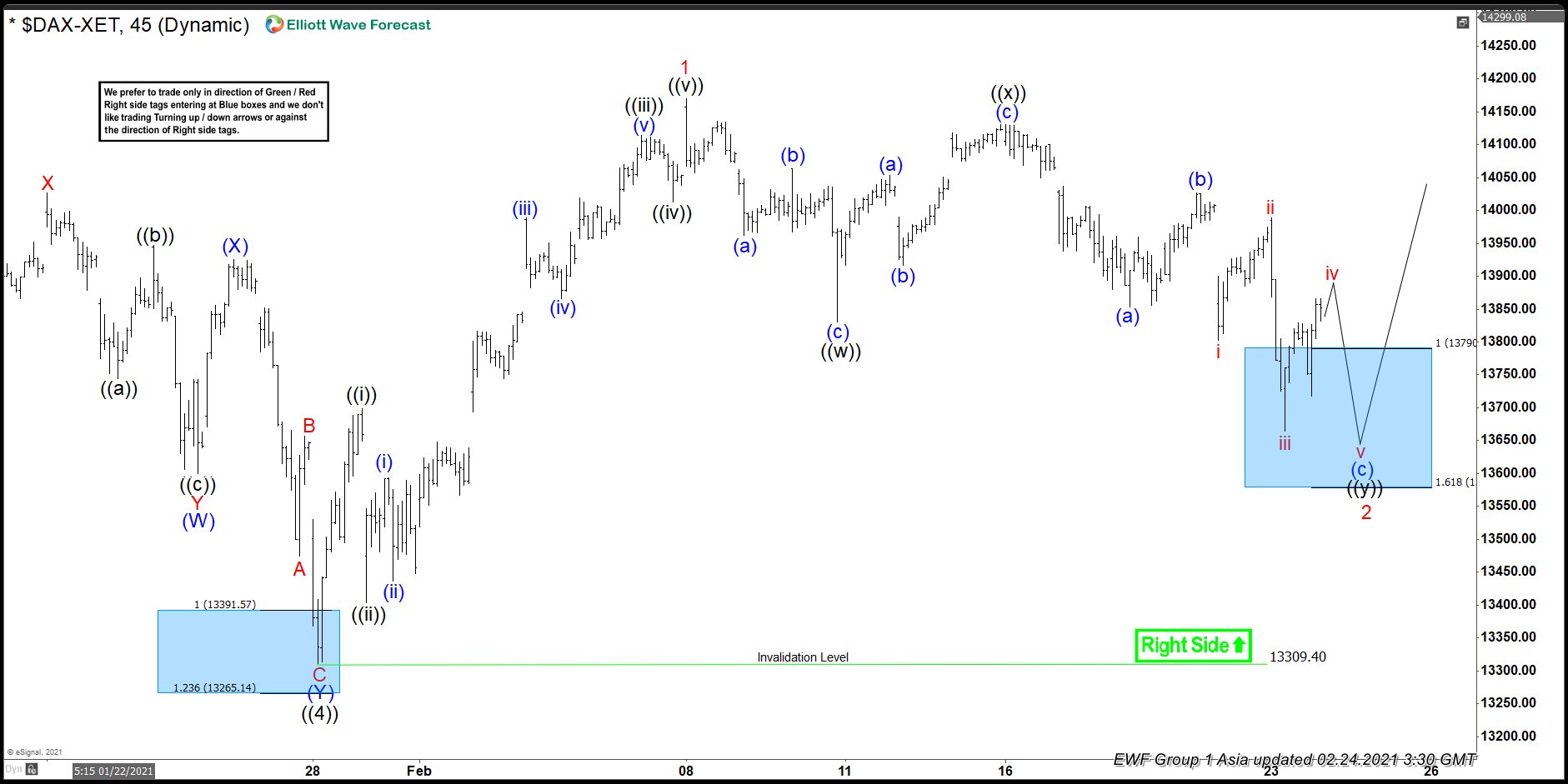 We saw a reaction higher from the blue box at 13661.75 as shown in the image below. Index indeed broke higher above the end of the recent cycle peak of 14169.49. This break confirmed the next leg higher as it ruled out possibility of a double correction below the 14169.49 peak. While index is above 13661.75, we expect it to accelerate higher in ((5). However, we do not expect a straight line move in  up in ((5)). This is a result of the nature of the market moves which are not linear. 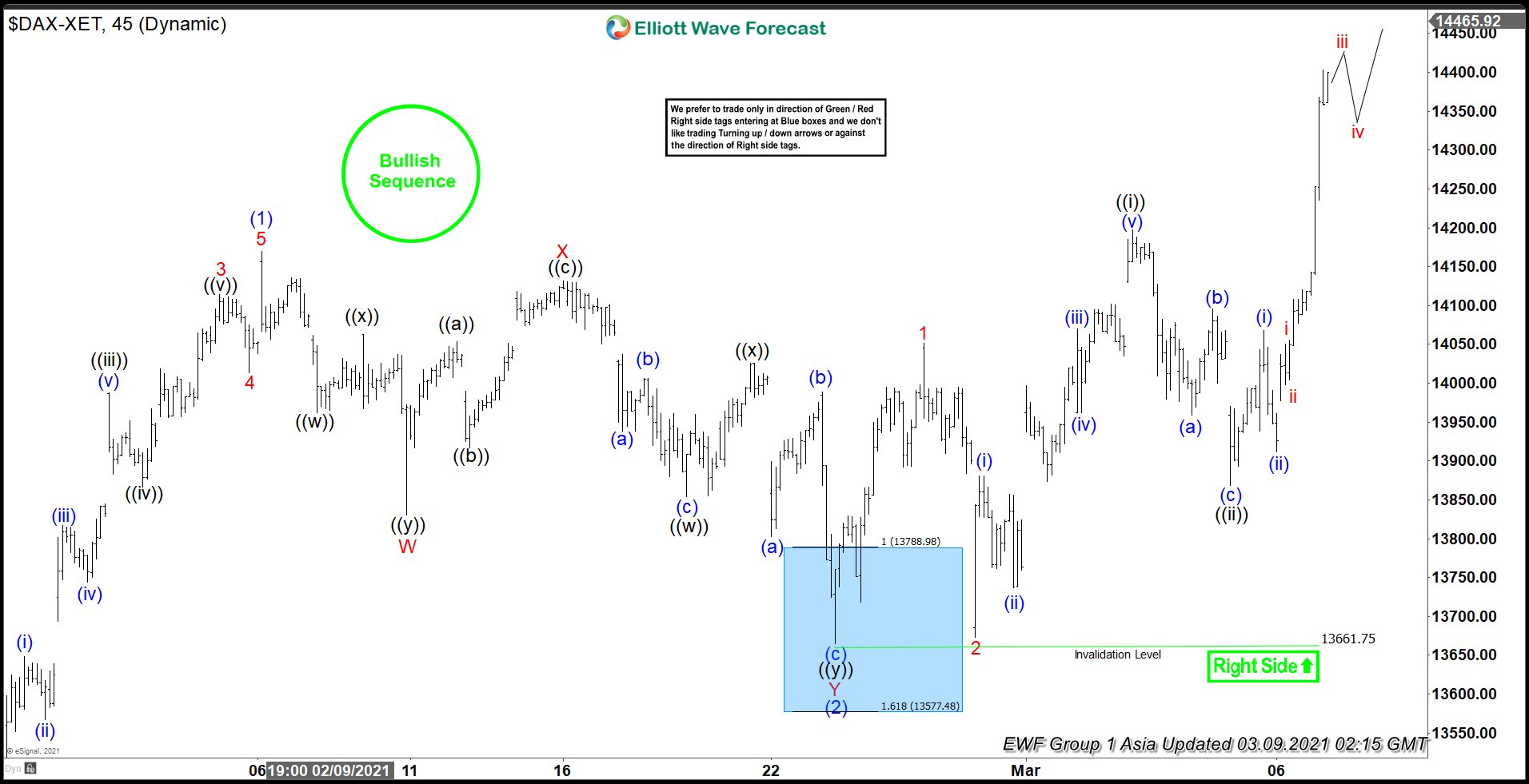 During our live trading room session, we bought at the blue box and the position is running risk free. We prefer to buy future short term dips in this instrument in 3,7 or 11 swings since the right side is upside. In addition, we also have a bullish sequence as shown on the 1 hourly chart above. To learn more about blue boxes, and much more,please clicke for a 14 Day Free Trial!!!