Amazon (ticker: AMZN) recently reported Q4 2019 earnings. The result of $45.7 billion online sales surpassed the Q4 2018 number of $39.8 billion. The company also announced they currently have over 150 million Prime subscribers globally. In April 2018, the global Prime subscriber base was around 100 million. Thus, in less than 2 years, Amazon has grown 50% of the Prime subscribers. The year-to-year growth comes at 20.8% which is almost two points better than what the Wall Street expected. The Earnings Per Share of $6.47 was $2.51 better than the consensus. The smashing Q4 earnings report sent Amazon stock up 7.4% to above $2000.

In April 2019, Amazon announced it would offer free one-day shipping to its Prime customers. Amazon forecasted that the move would hit $800 million of its bottom line in the second quarter, which could increase to $1.5 billion in Q4. Amazon stock would stay stuck for several months before finally jolting higher in December.  The investment seems to pay off as it convinced more people to join the Prime members. Revenue came in above expectation while Amazon’s spending on one-day shipping comes below its guided $1.5 billion.The Q4 results should prove to be a positive catalyst in Amazon’s stock going forward. 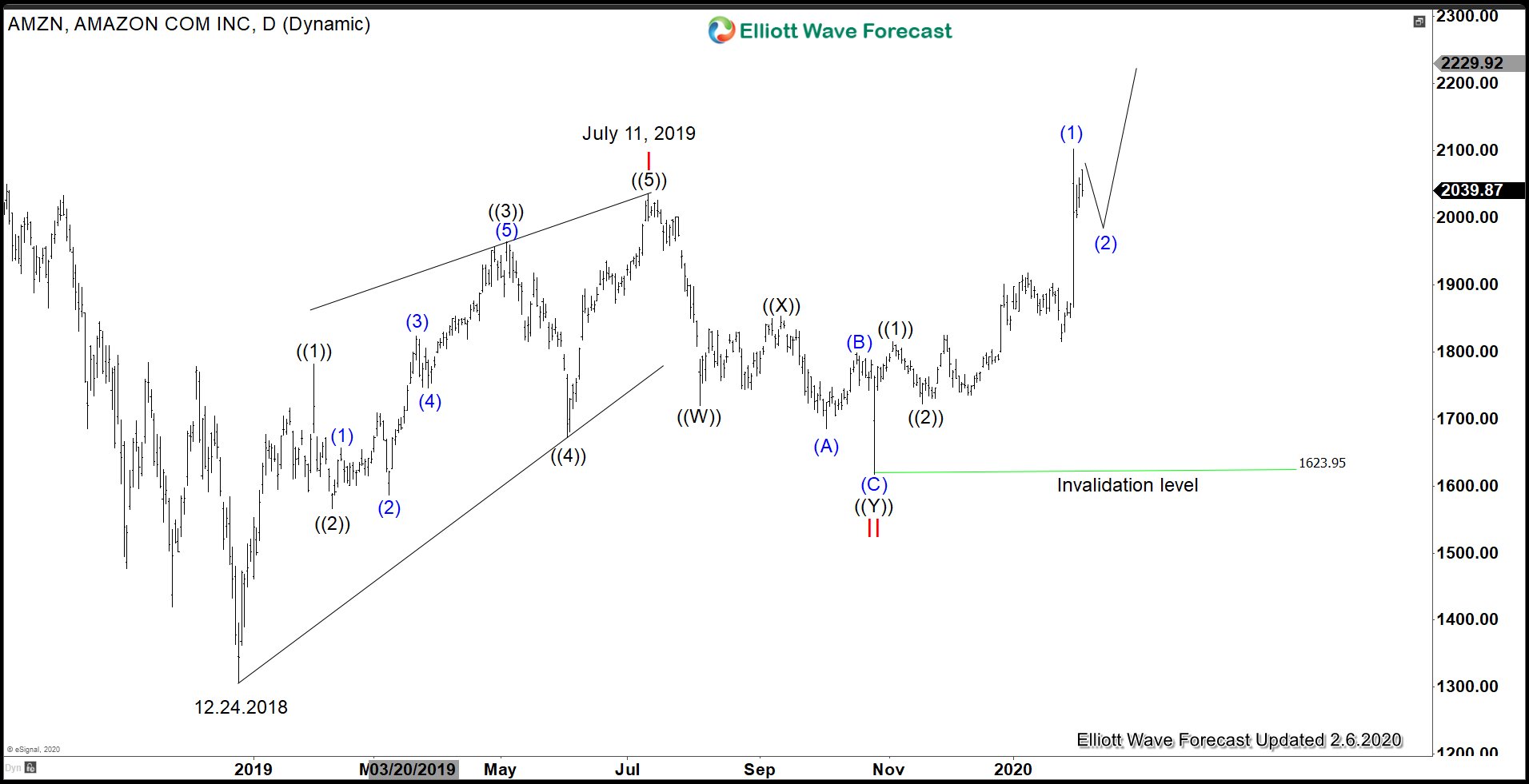