With the official signing of Phase 1 trade deal between US and China today, we may have seen the worst in Soybean’s market at least in the short term. This of course assumes that China can commit to the agreement and US doesn’t take another measure. However, it seems safe to say that the tit-for-tat trade war should cease for the time being. With Phase 1 trade deal, China’s soybean import should revert to normal and may even rise significantly. China has also scrapped the import tariff for Soybean.

China is the world’s largest soybean importer, requiring more than 100 million tons of soybeans every year. Other than Soybean, other US agricultural and meat products such as wheat, corn, and pork should also see a jump.  The US Trade Representative (USTR) office said the deal includes a commitment by China to buy at least $200 billion of US exports over two years. The purchase include manufactured goods, food, agricultural, energy products, and services.

China has started to increase soybean imports since the end of last year. China’s soybean imports in December rose 67% year-on-year and jumped 15% from November 2019 to 9.54 million metric ton. It processes 80% of the beans into high protein animal feed. Last year was especially a tough year on the American soy farmers. In addition to the tariff war affecting Soybean, China also lost 40% of its pig population from August 2018 due to the outbreak of African swine fever. Thus, the country’s demand for soybean-based animal feed plummeted drastically. However, China has since been able to control the outbreak, and pig numbers have started to recover in 2020.

With the phase 1 trade deal and recovery in China pig numbers, the worst in Soybean is likely over. American farmers can now look forward to export soybean again to the world’s largest buyer. Soybean’s price has scope to gradually recover from years of depressed price. 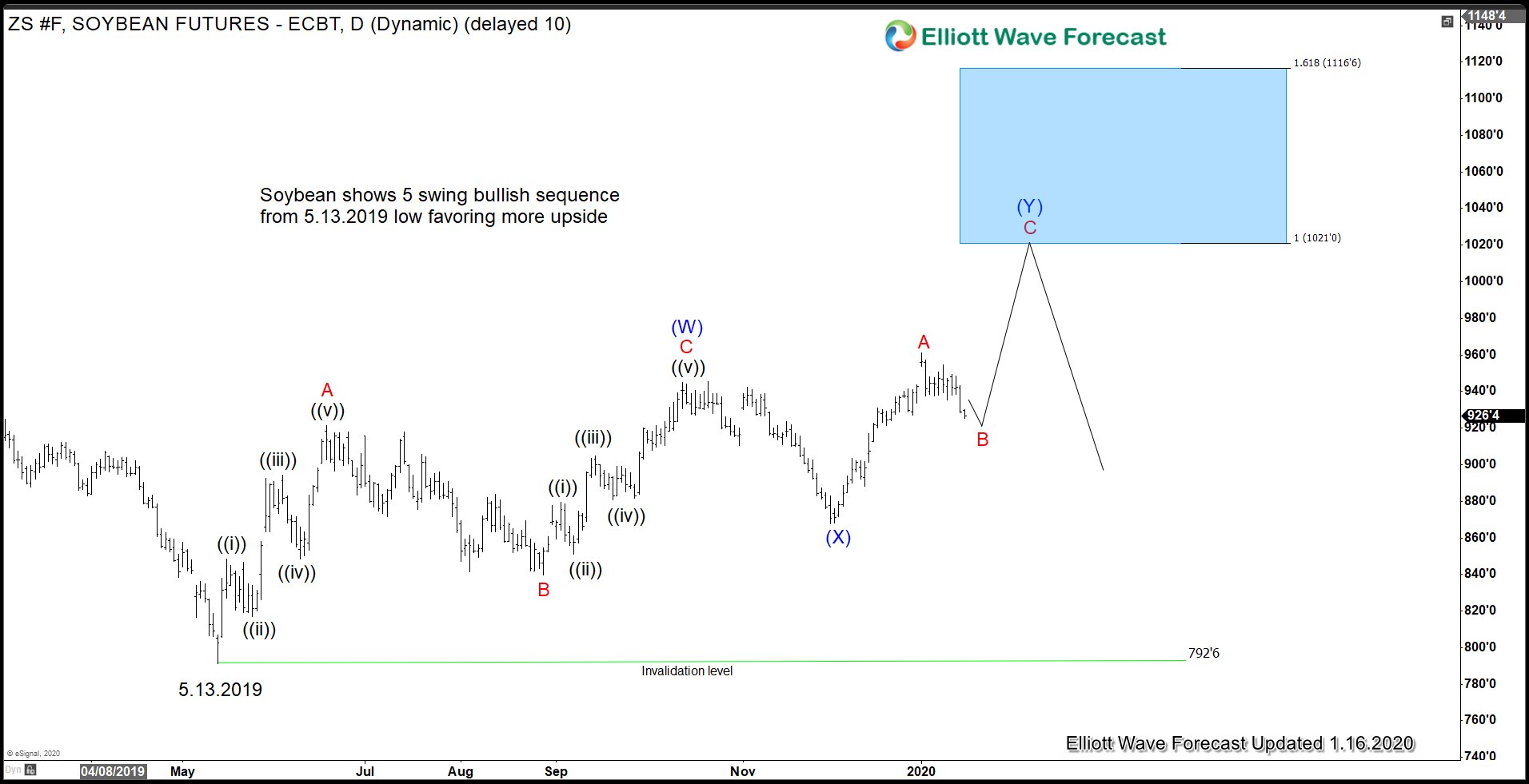 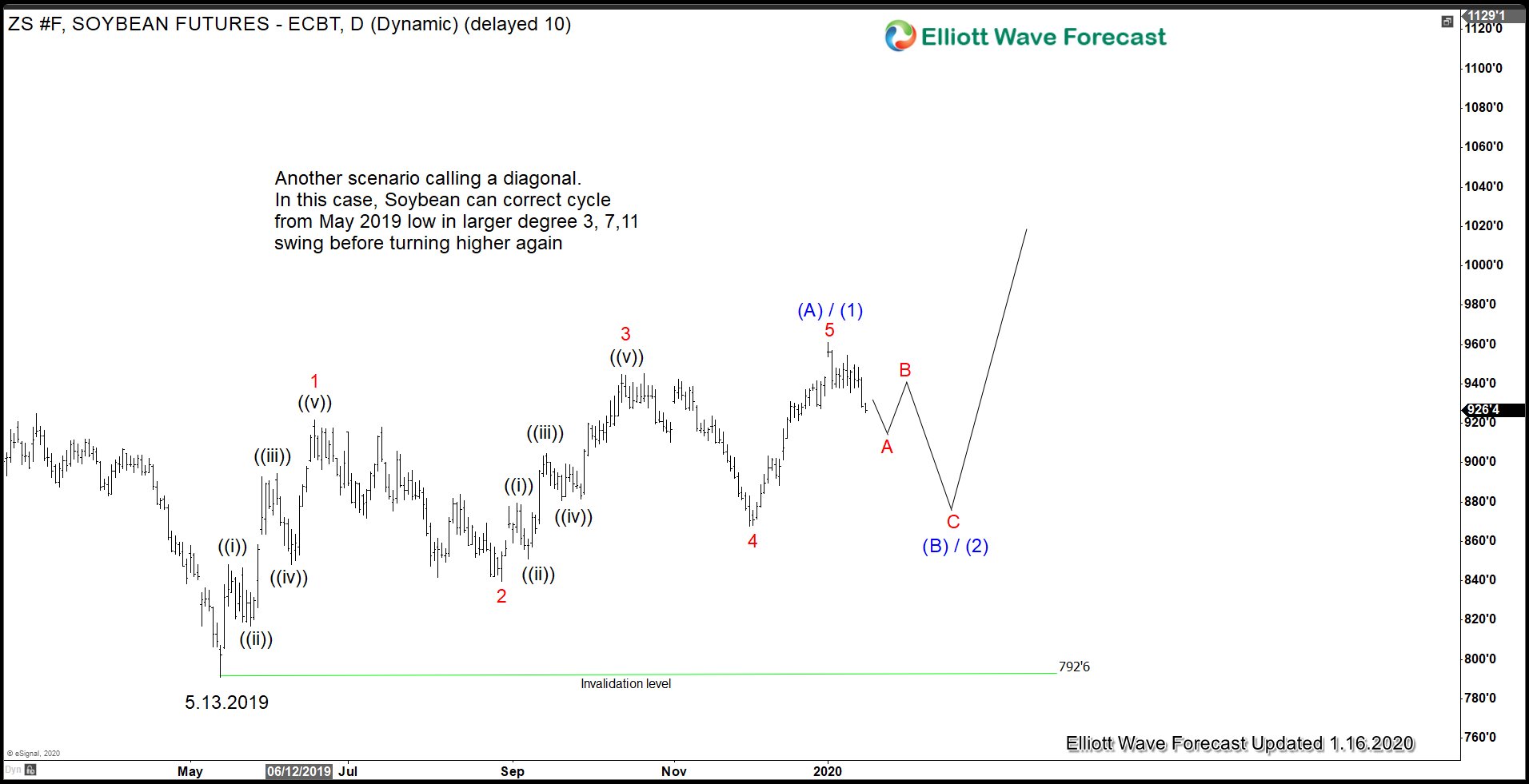 In the alternate scenario, Soybean has ended cycle from 5.13.2019 low as 5 waves diagonal. In this case, it should correct cycle from May 2019 low in larger degree 3, 7, or 11 swing before the rally resumes. In this scenario, it still remains bullish against May 13, 2019 low (792.6) although the pullback can potentially become deeper.

For more updates on Soybean or other commodities, forex pairs, and Indices, feel free to try our service 14 days –> 14 Days FREE Trial