The Elliott wave view in OIL suggests that it’s correcting the cycle from October 25, 2021 peak. Looking for more upside towards $76.77- $83.57 area to form a wave ((B)) connector. Then from there, the instrument is expected to fail lower in a bigger ((C)) leg lower to complete the correction. While shorter cycle suggests that a decline in wave (B) unfolded as a flat structure where the first leg ended in wave A at $69.39 low. 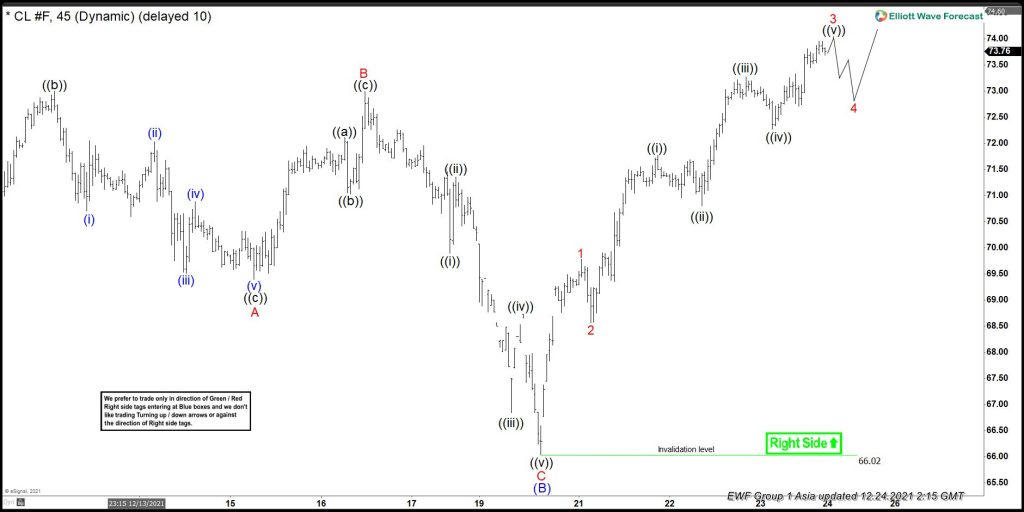