In this Chart of the Day, we have explained that Gold has reached the biggest extreme from 2015 lows by reaching our target area at $1450. However, Gold is calling for another push higher in biggest time frame charts still but near-term cycles are calling for a pullback to reset before another push higher takes place. Now let’s take a look at the shorter cycles & look at Elliott wave structures below: 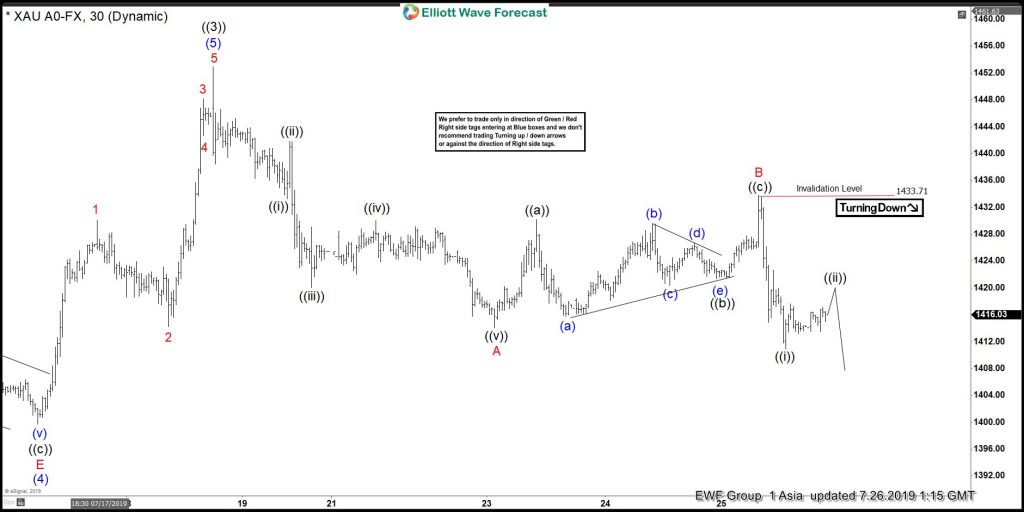