Pair should bounce in wave 2 to correct cycle from September 20 high before the decline resumes. Wave 2 is proposed to unfold in a zigzag structure where wave ((a)) ended at 1.234. Expect a wave ((b)) pullback followed by another leg higher in wave ((c)) before ending wave 2. Afterwards, pair should resume lower again at least for another leg lower which subdivides in 5 waves. We don’t like buying the pair. As far as pivot at 1.258 high stays intact, expect bounce to fail in 3, 7, or 11 swing for further downside. 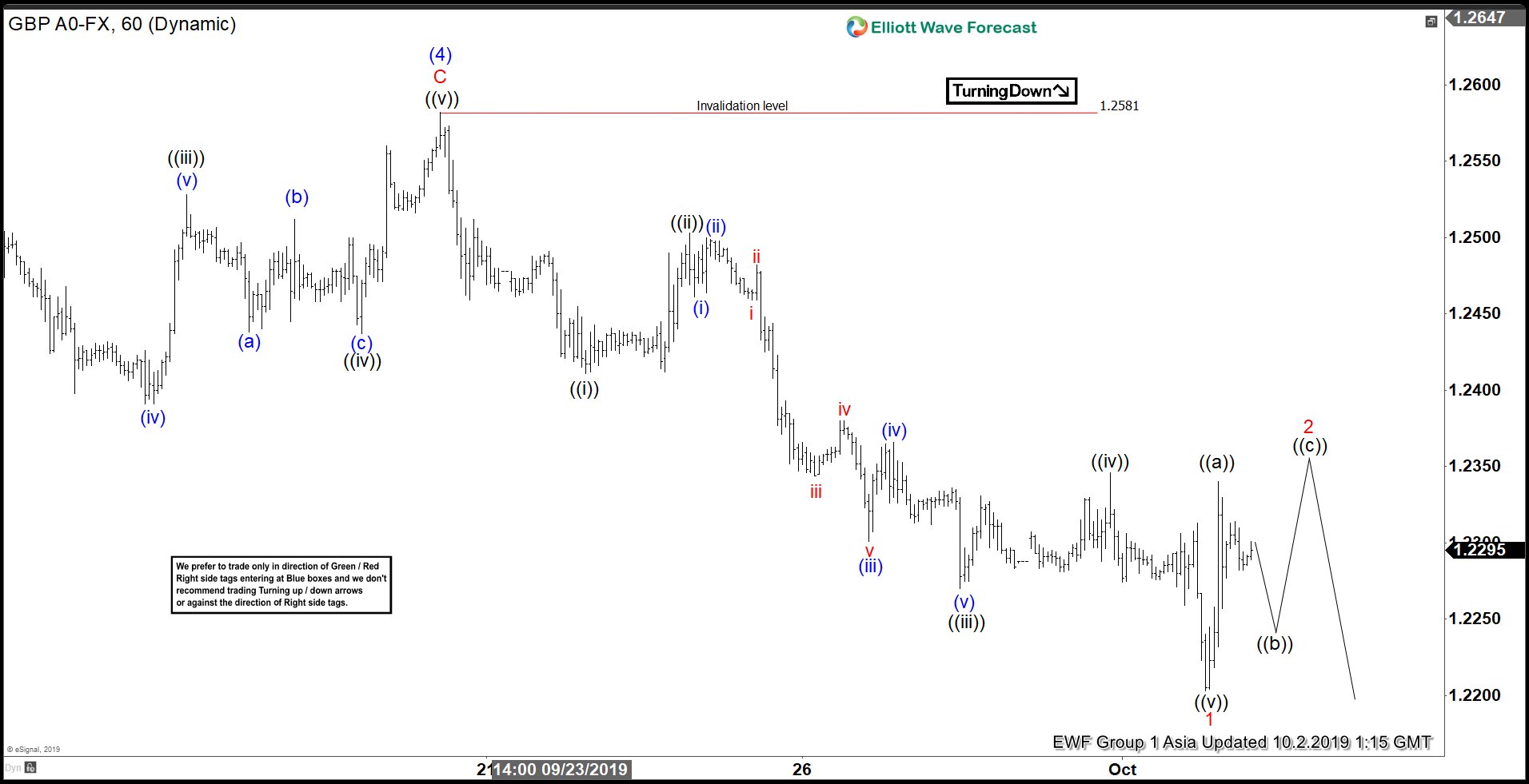