Short term Elliott Wave View in USDJPY suggests it is correcting the cycle from March 24 high. Structure of the correction is unfolding as an expanded Flat Elliott Wave structure. The Flat structure started from September 21 low  where wave A ended at 106.1 and wave B ended at 103.1. In the 45 minutes chart below, we can see wave B ended on November 9 low at 103.13.

Expect wave (v) to end soon with a marginal high. This should complete wave ((i)) of C in higher degree. Pair should then pullback in wave ((ii)) to correct cycle from November 9 low before the rally resumes. As far as November 9 pivot low at 103.1 stays intact, expect dips to find support in 3, 7, or 11 swing for more upside. 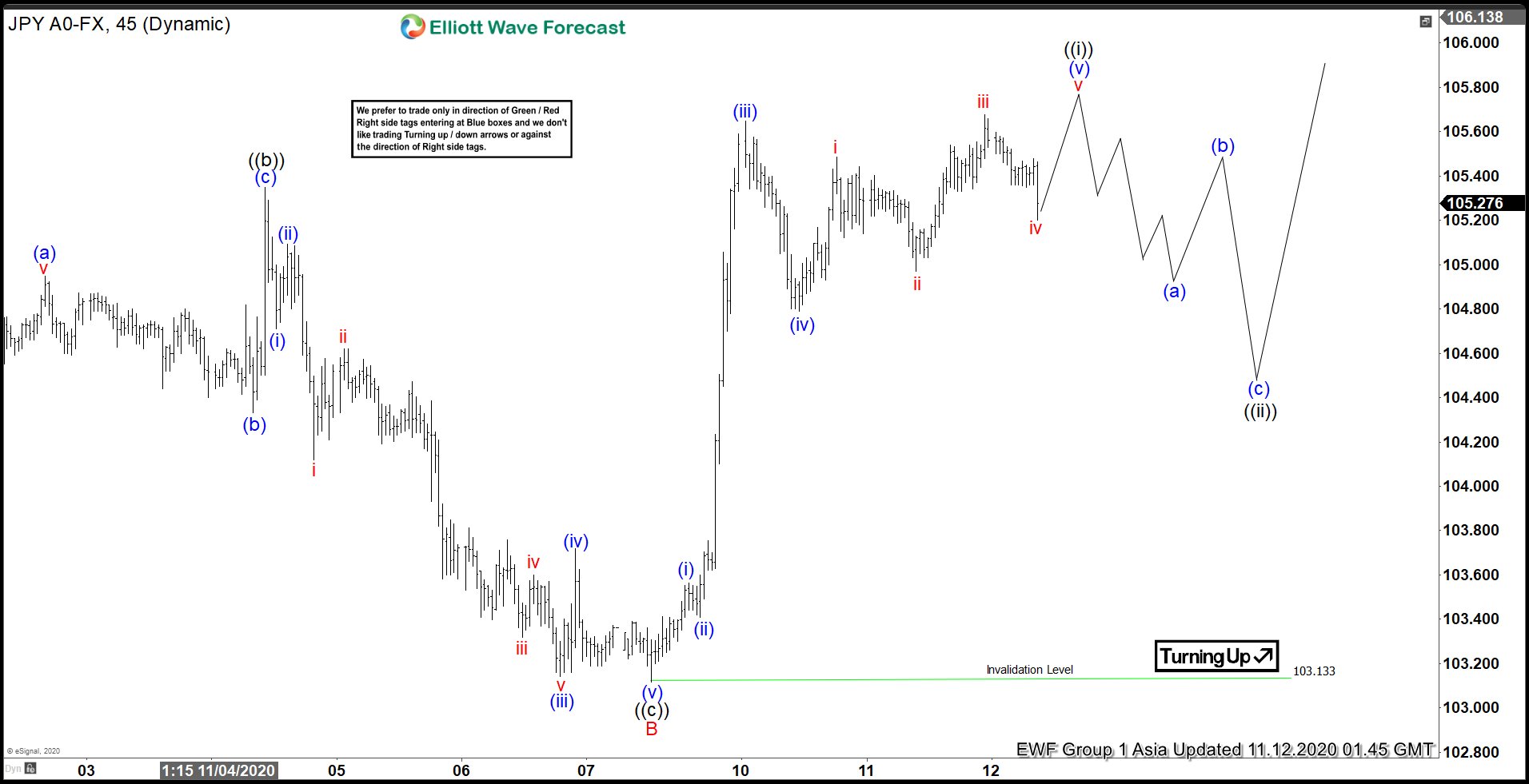