Afterwards, the Note bounce higher in wave ((iv)), which unfolded as a double correction. Wave ((iv)) ended at 139.14 high. From there, the Note has resumed lower again. Currently, wave ((v)) is still in progress. The Note can see a few more lows but it should be ending wave ((v)) and wave A in higher degree soon. This will be followed by a bigger bounce in wave B before resuming lower again in wave C. While below 140.13 high, expect the bounces in 3,7 or 11 swings to fail for more downside. 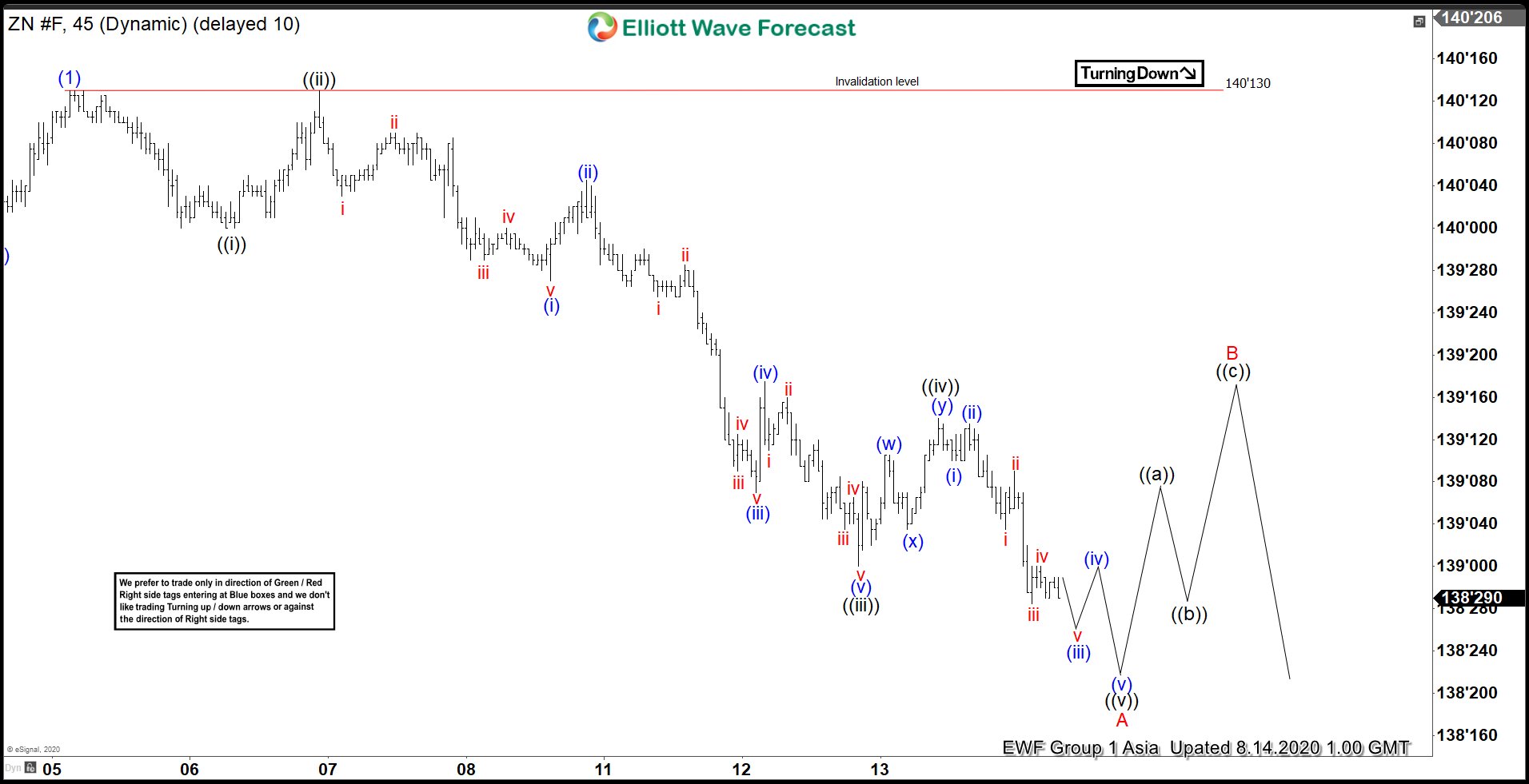