Expect the Index to see 1 more high before ending wave ((a)) as 5 waves. It should then pullback in wave ((b)) to correct the cycle from June 3 low in 3, 7, or 11 swing before turning higher. As the first leg of the rally from June 3 low is in 5 waves, there’s a good chance that the rally can extend at least another leg higher in wave ((c)) as far as pivot at 11625.31 low remains intact during the pullback. We don’t like selling the Index. 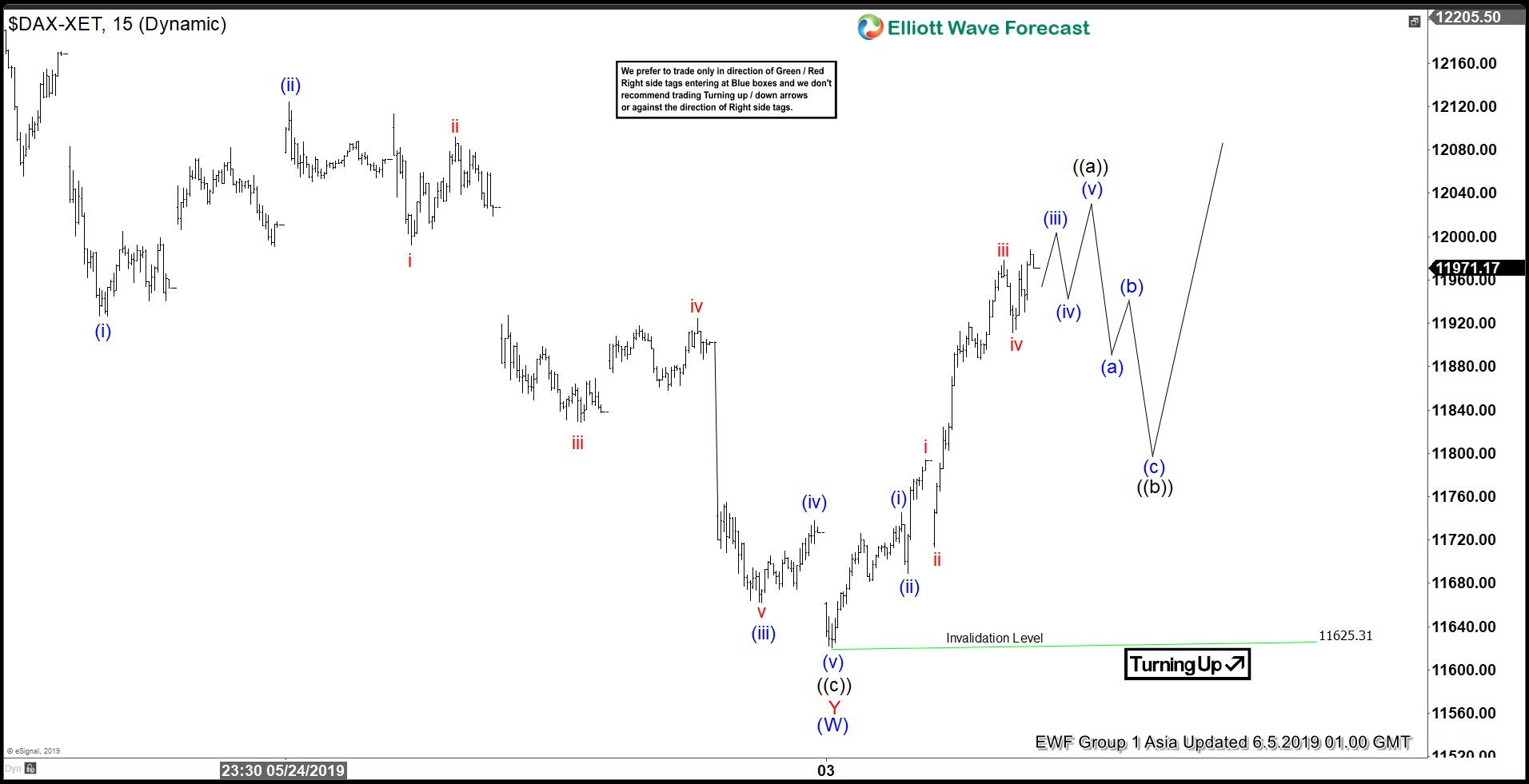