Expect SPX to do 1 more push higher to end wave (v) and this move also end wave ((i)). Afterwards, Index should pullback within wave ((ii)) to correct cycle from June 13 low before the rally resumes. Wave ((ii)) pullback should unfold in the sequence of 3, 7, or 11 swing. We don’t like selling the Index and expect Index to continue finding support in pullback. As far as pivot at June 13 low (2874.68) stays intact in the first degree, expect Index to extend higher. If pivot at June 13 low fails, then Index is correcting cycle from June 3 low (2728.81), and still expected to resume higher while above there. 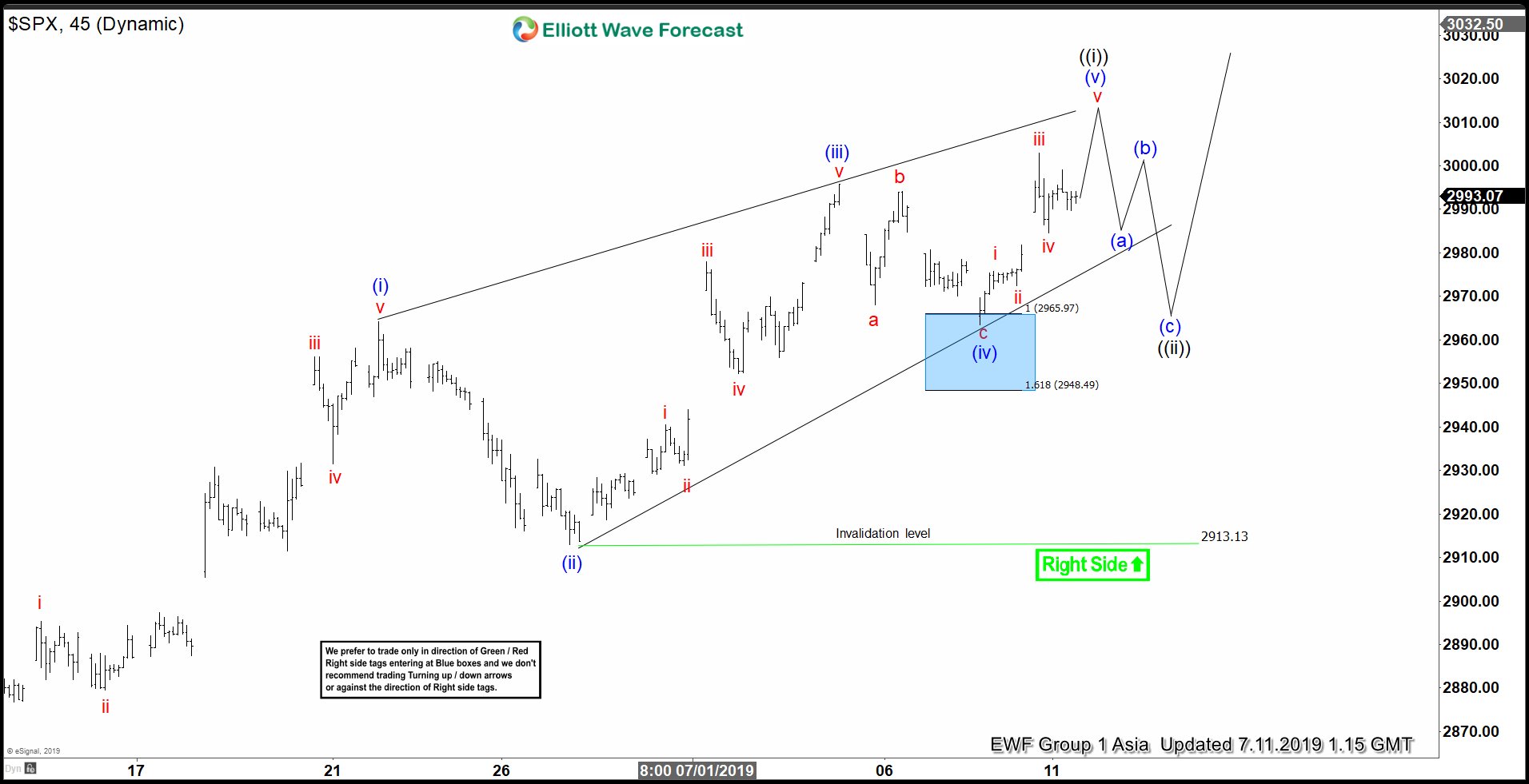