The metal should extend higher a few more highs before ending wave 5 and completing cycle from March 31. Afterwards, it should pullback to correct the entire 5 waves rally from March 31 low in larger degree 3, 7, or 11 swing before the rally resumes. Near term, as far as pivot at 25.68 low stays intact, expect the metal to continue higher. 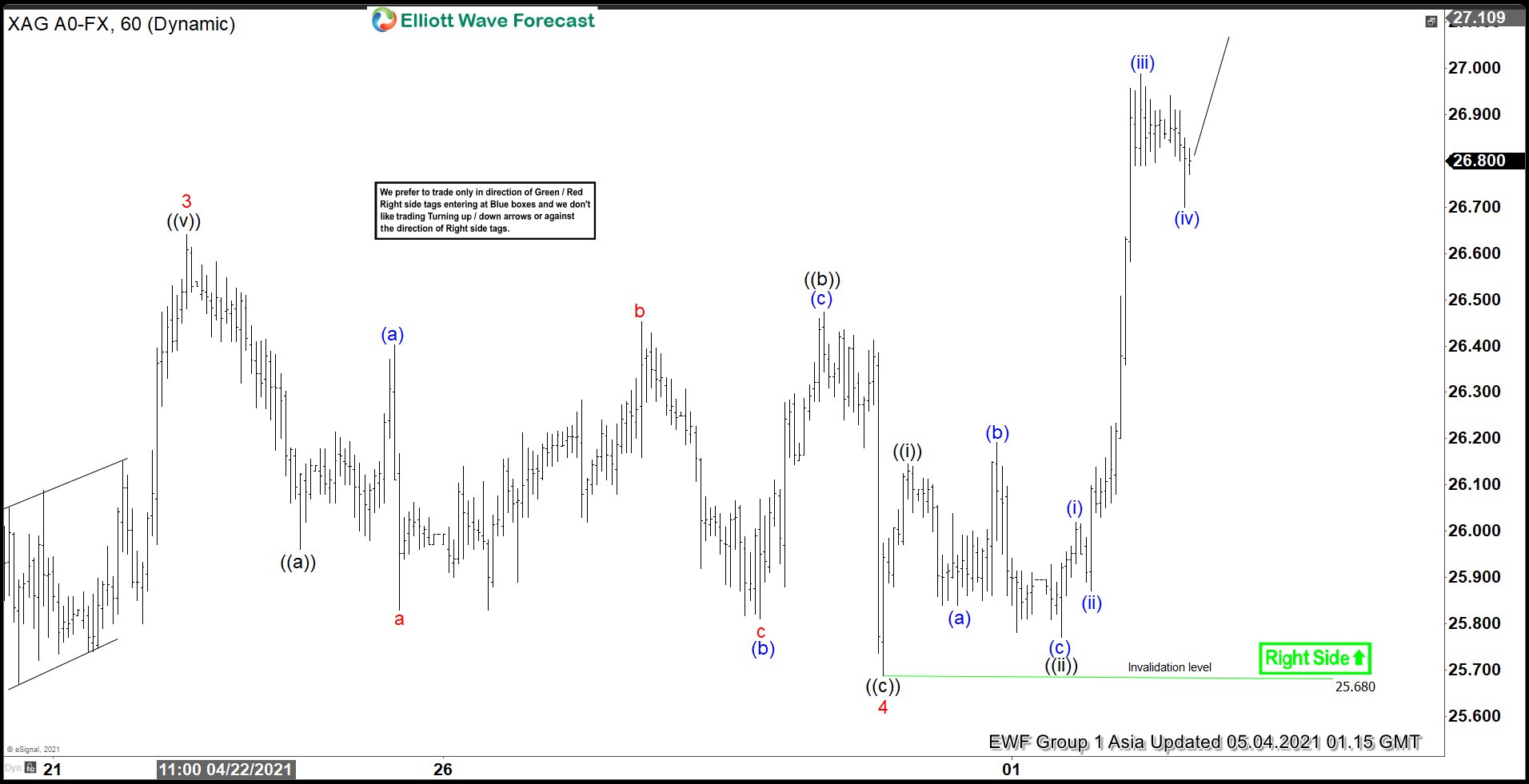