Index should now pullback in wave (ii) to correct cycle from November 21 low (1579.28) before the rally resumes. We don’t like selling the proposed pullback. As far as pivot at 1579.28 stays intact, expect dips to find buyers in 3, 7, or 11 swing for more upside. Alternatively, instead of ending wave (i) of ((v)), the 5 waves move higher from 1579.28 can also complete the entire wave ((v)) already. In this case, Index should then end a larger 5 waves cycle from October 3 low. The pullback will be a larger degree correction to correct the entire 5 waves up from October 3 low before the rally resumes again. 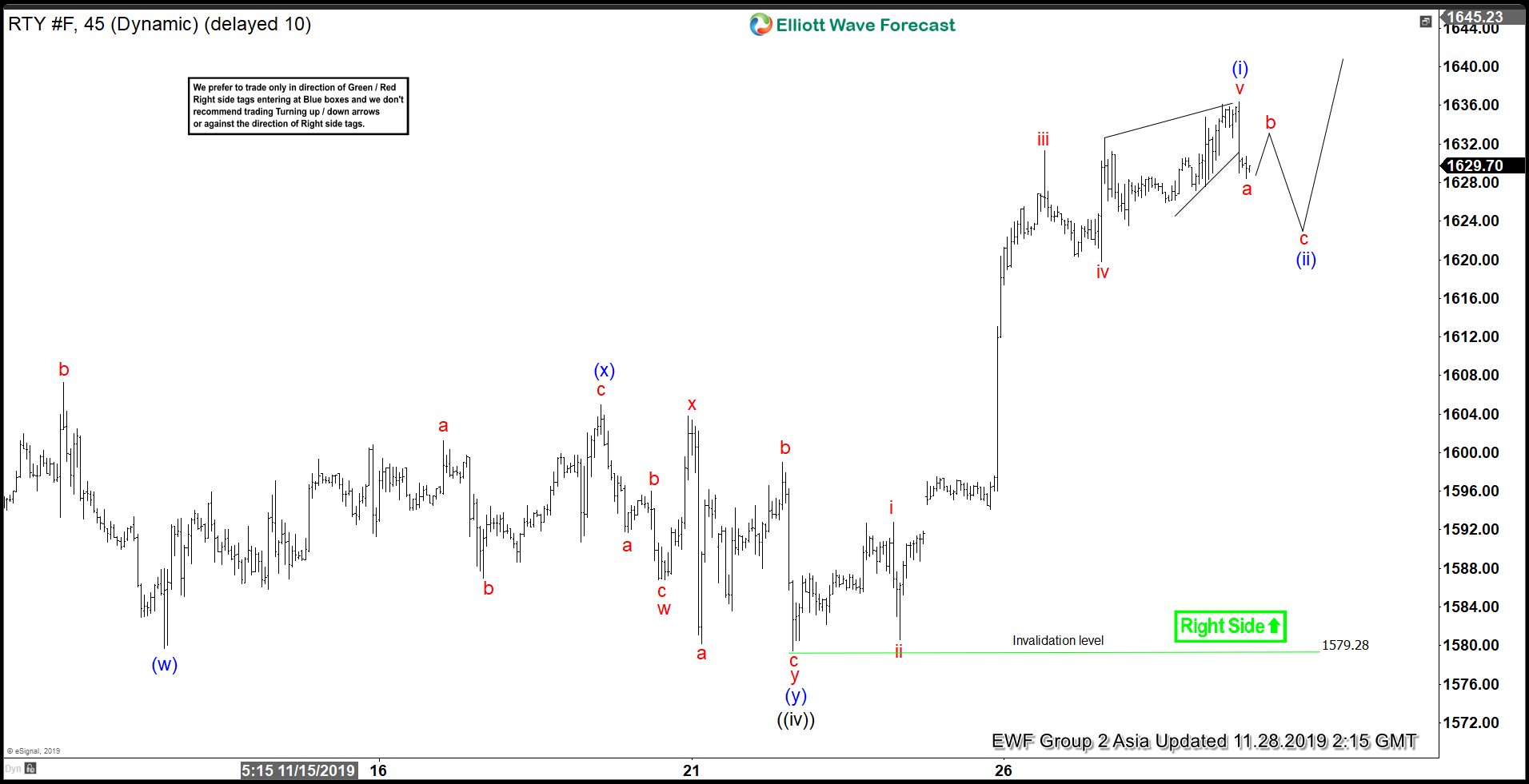