Short-term Elliott wave view in Russell (RTY) shows a lower low bearish sequence from November 8, 2021 high. Decline from November 8 high is unfolding as a zigzag Elliott Wave structure where wave ((A)) ended at 2136.8 and rally in wave ((B)) completed at 2279.83. The Index has extended lower and broken below wave ((A)) suggesting wave ((C)) lower has started. The internal subdivision of wave ((C)) is unfolding as a 5 waves impulse. 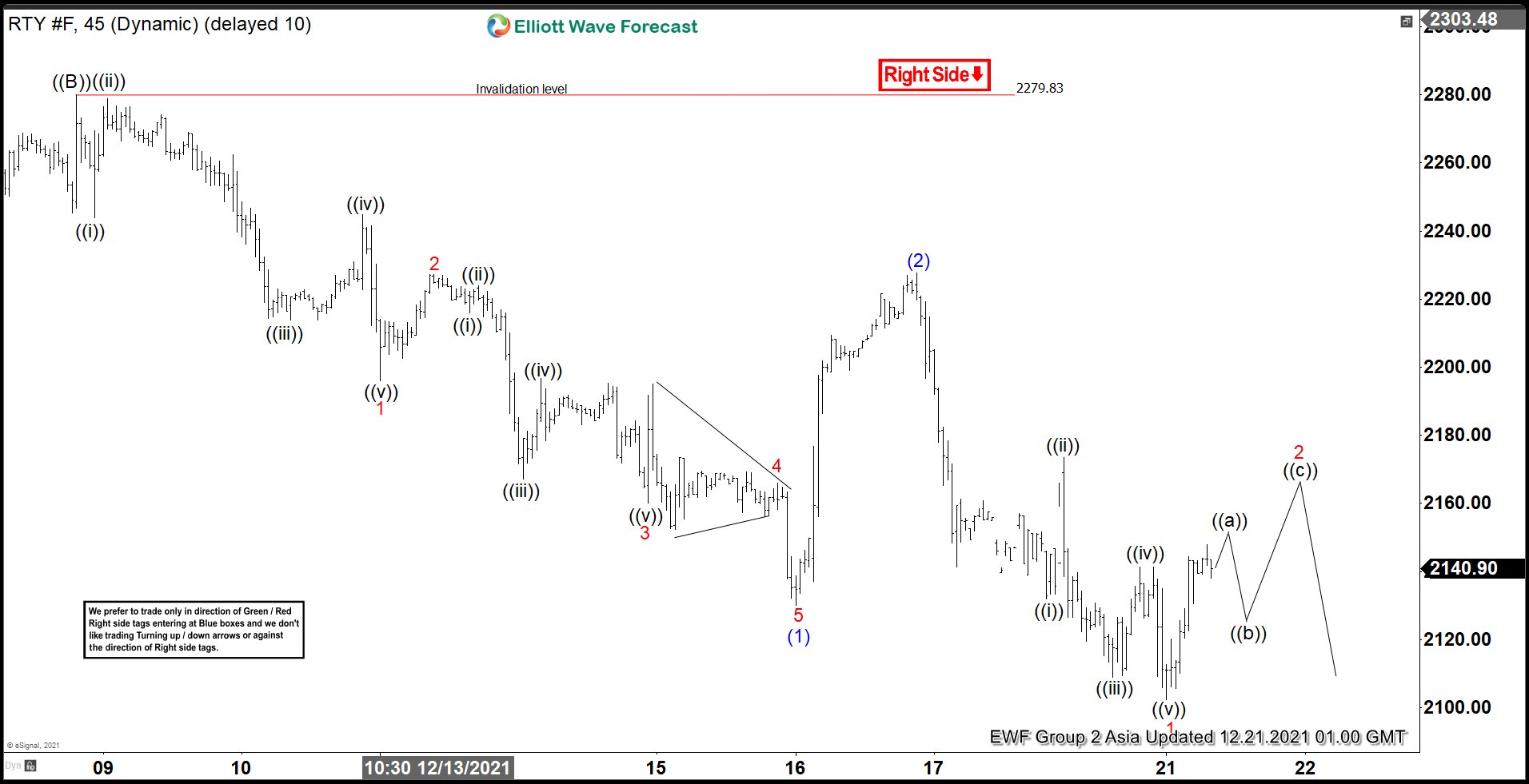