Short term Elliott Wave View on Facebook (FB) shows the decline to August 6, 2019 low (176.29) ended wave ((W)). The rally from here took the form of a corrective structure. The internal subdivision of the rally is unfolding as an Elliott Wave double three structure. In this particular case, the rally is in the form of a double zigzag since both wave (W) and wave (Y) subdivide as a zigzag. 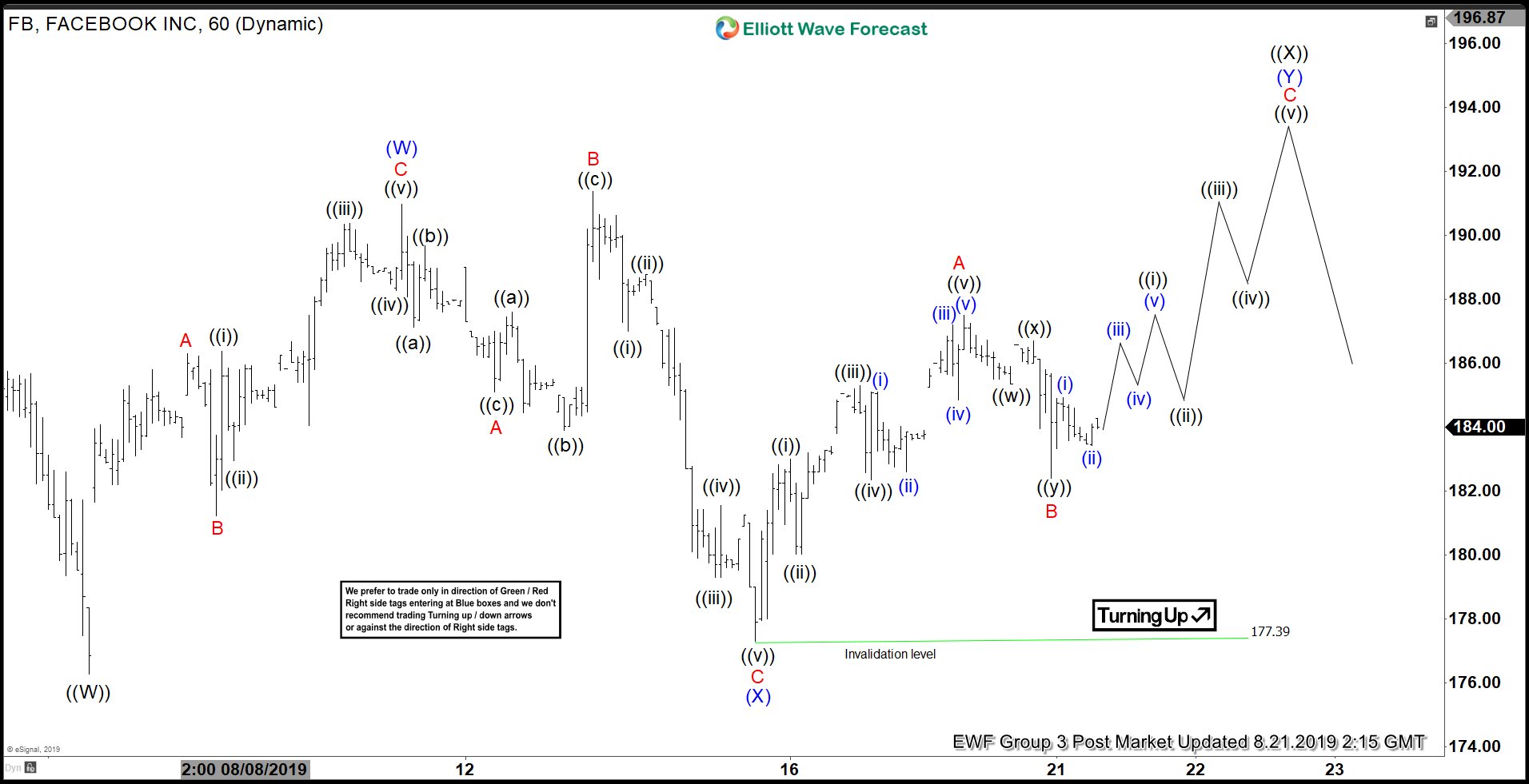