The rally in Oil (CL_F) from October 3 low ($50.99) looks overlapping and corrective. This suggests the current rally is likely not a new bullish cycle. The structure of the rally is unfolding as a double three Elliott Wave structure. Up from October 3 low, wave ((w)) as shown on the chart below ended at $56.92. The pullback in wave ((x)) ended at 53.71 with the internal of a double zigzag. Oil then resumes higher again within wave ((y)). Internal of wave ((y)) is unfolding as a zigzag where wave (a) ended at $57.85 as a 5 waves impulse. 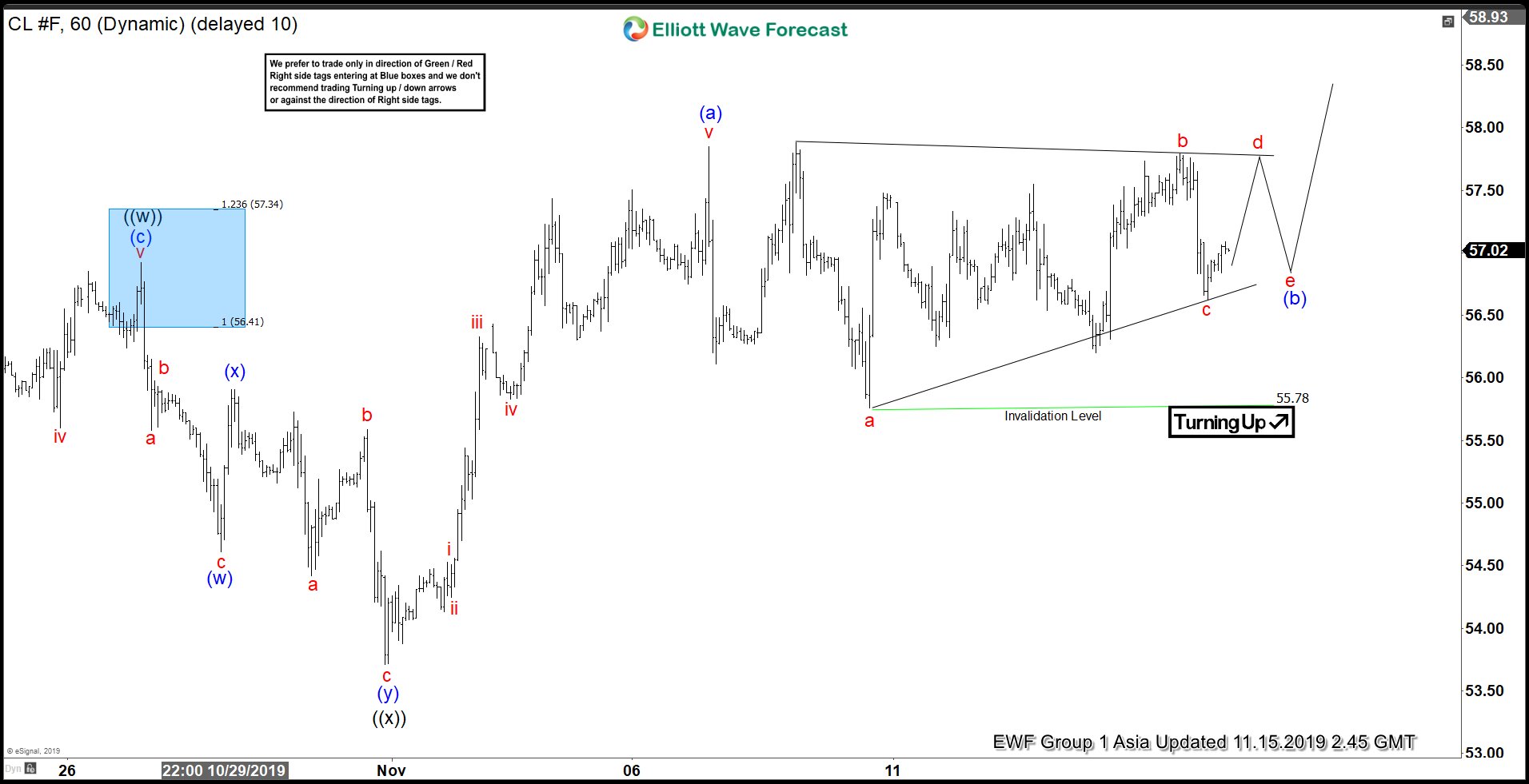