Wave ((v)) remains in progress as 5 waves impulse in lesser degree. Up from wave ((iv)), wave (i) ended at 76.07 and dips in wave (ii) ended at 74.23. Oil then rallied to 79.48 and ended wave (iii). Expect a pullback in wave (iv) to be followed by one more push higher in wave (v). This should also complete wave ((v)) and end cycle from September 9, 2021 low as wave 1. The commodity should then pullback in larger degree wave 2 to correct cycle from September 9 low before the rally resumes. Near term, expect cycle from September 9, 2021 low to end soon, and larger pullback to happen in 3, 7, or 11 swing before the rally resumes. Chasing the upside in the shorter cycle therefore is risky and it’s best to wait at the sidelines for larger pullback before looking for buying opportunity. 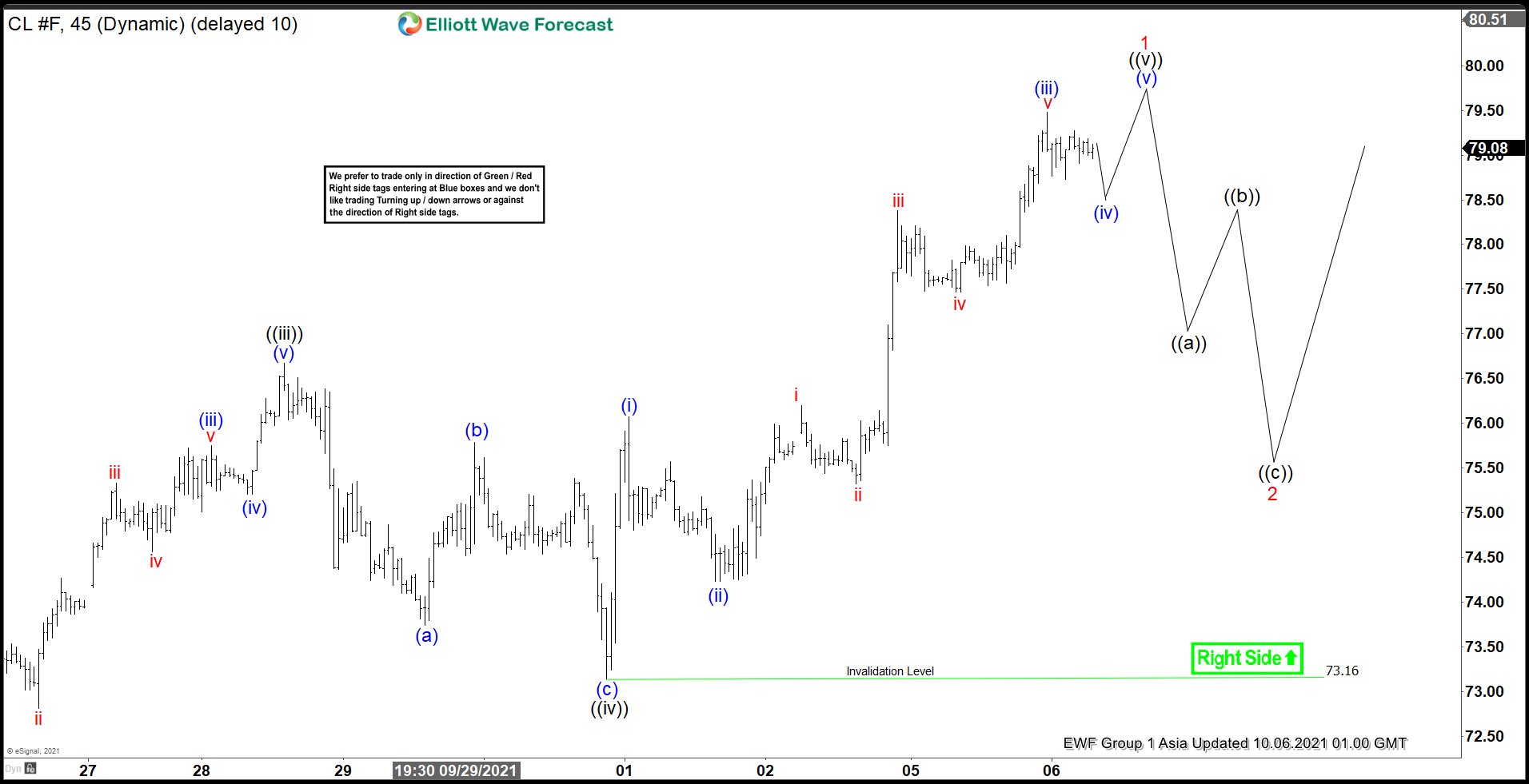