Oil has resumed lower within wave ((iii)) with subdivision as another 5 waves in lesser degree. Another leg lower can be seen before wave ((iii)) ends, then it should bounce in wave ((iv)) before the another leg in wave ((v)) lower to complete wave A. Oil should then bounce in wave B to correct cycle from January 8, 2020 high before turning lower again in wave C. As far as pivot at $65.69 high stays intact in the bounce, expect rally to fail in the sequence of 3, 7, or 11 swing for further downside. 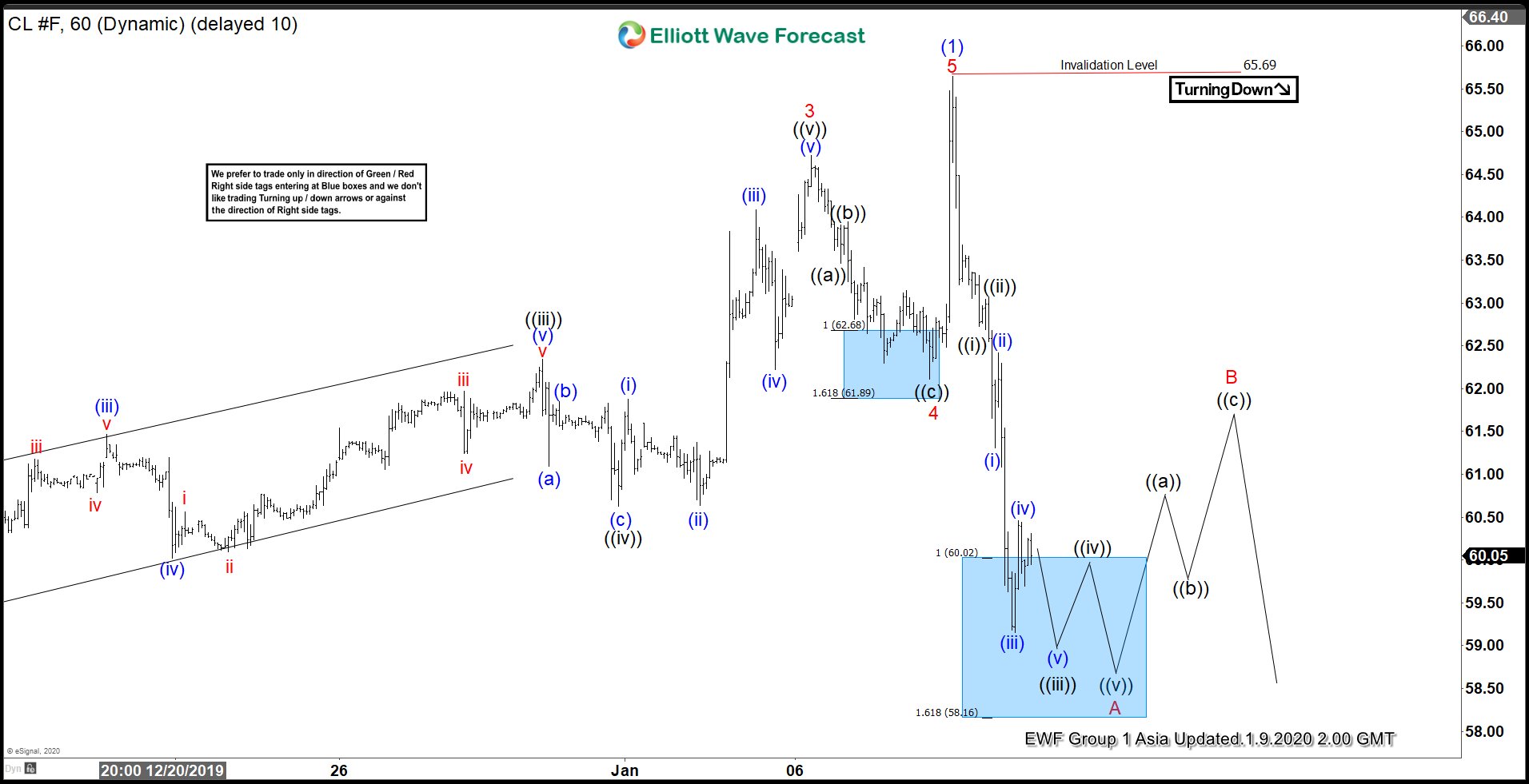