Oil gapped up almost 20% early this week after the news that Saudi Arabia’s oil refineries got attacked by drones. It has since retraced after Saudi Arabia said they can restore most of the lost output within days. In the chart below, we label the rally to 63.39 as ending wave C of (X).  It’s therefore part of an expanded Flat structure which started from June 5 low. The internal of wave C unfolded as a 5 waves impulse as an Expanded Flat is a 3-3-5 structure. 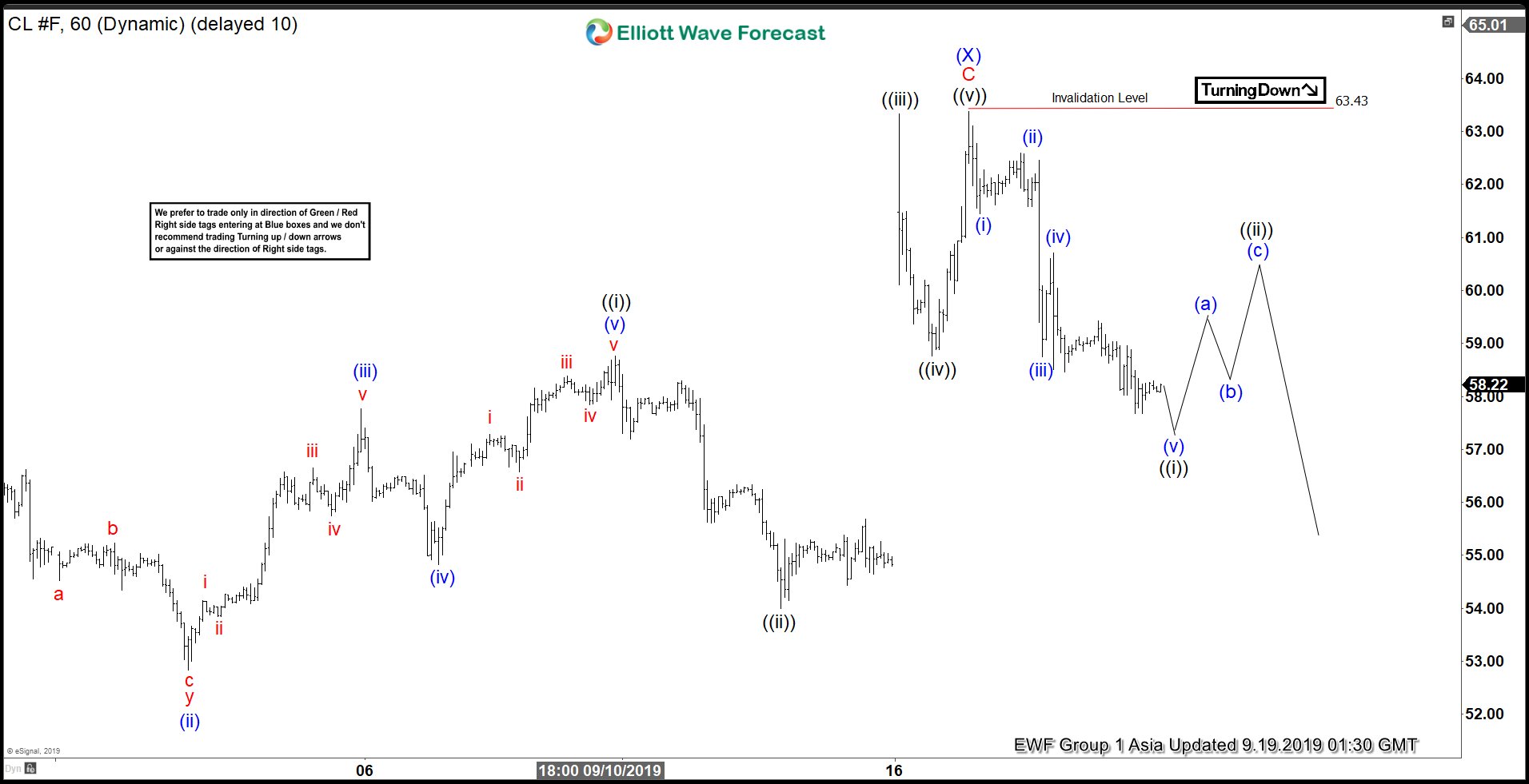