In our previous Chart of The Day on February 28,  we suggested that Crude Oil (CL_F) is on the verge of a breakout. It has now confirmed our view as price extends higher and breaks above March 1 high at $57.88. The production output’s curb by the OPEC members as well as the political upheaval in Venezuela have contributed to the strength in Oil. Technical wise, the sequence remains bullish from both Dec 24, 2018 low and Feb 11, 2019 low. In the chart below, we can see a bullish sequence stamp and right side up to clearly show the direction that we prefer. 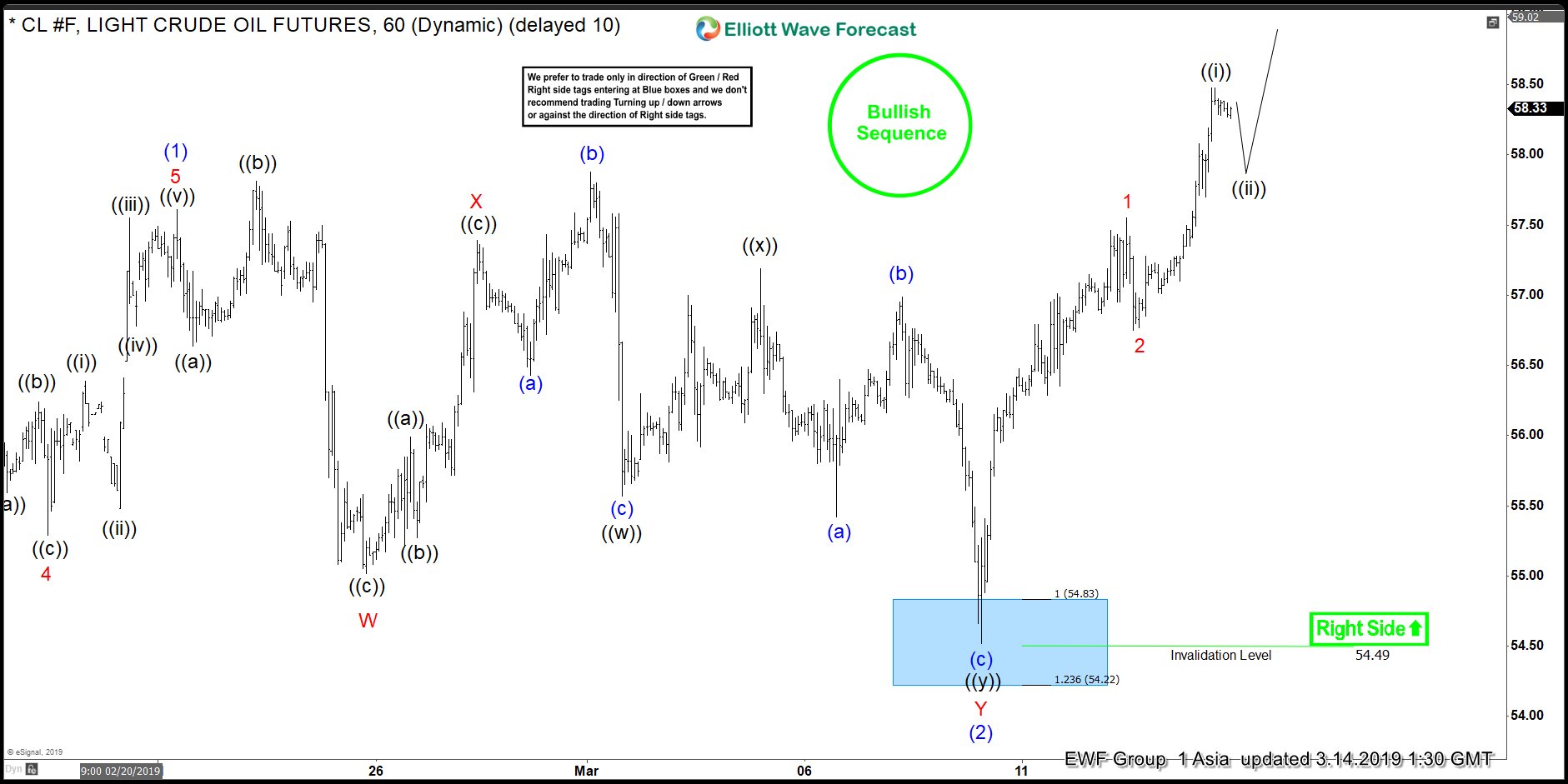 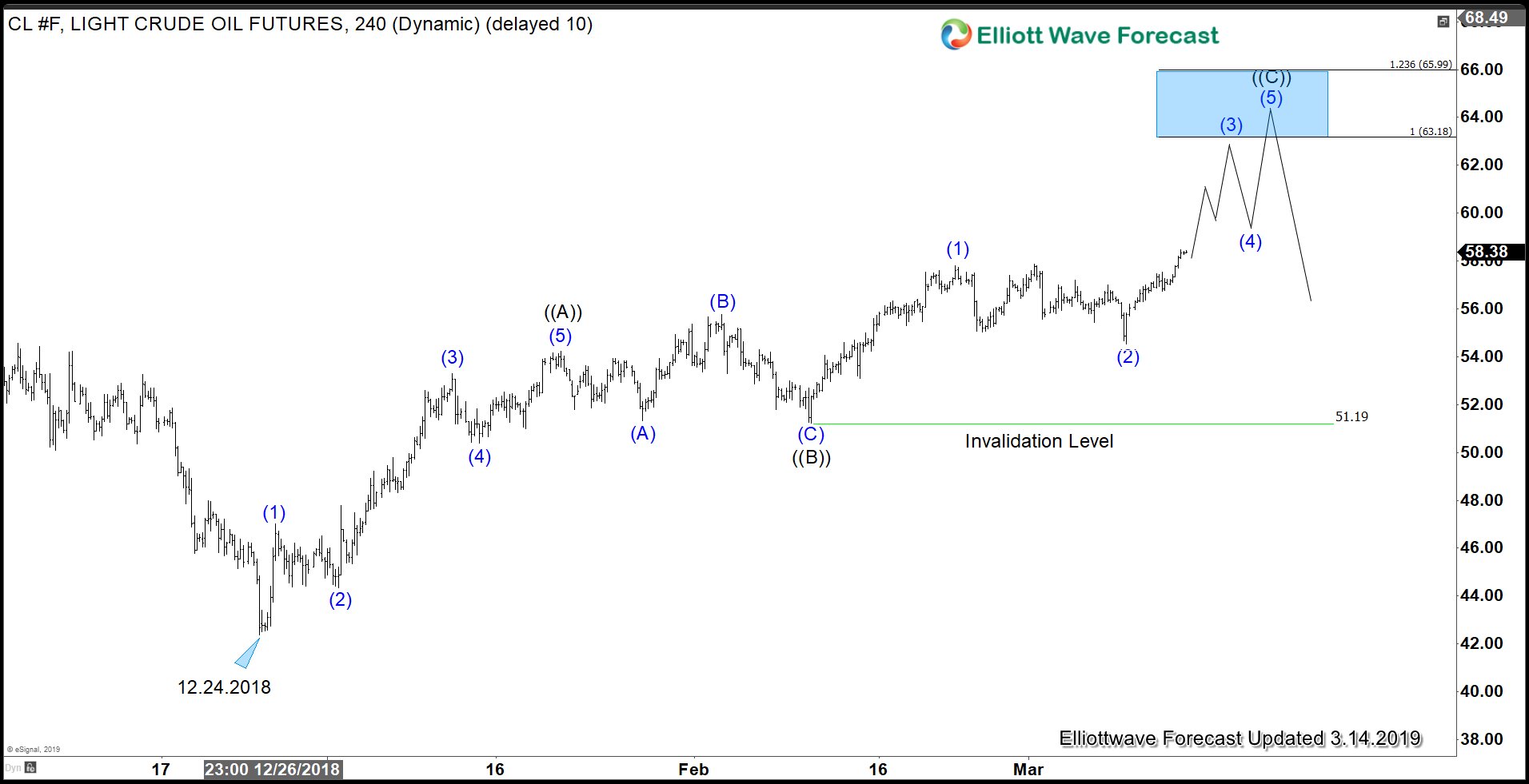 CL_F Video of The Day