NZDJPY plunges as Reserve Bank of New Zealand (RBNZ) cut the interest rate by 50 basis point. The pair already has a bearish sequence prior to the rate decision, and the rate cut speeds up the extension lower. Short term Elliott Wave view suggests that the rally to 73.2 high on July 22, 2019 ended wave B.

Wave 2 rally ended at 70.11 with the internal unfolded as a double zigzag. Pair has since resumed lower and breaks below wave 1 at 68.64, suggesting the next leg lower has likely started. Near term, while bounce stays below 70.1, expect pair to extend lower. We don’t like buying the pair and expect any rally to fail in 3, 7, or 11 swing as far as pivot at 70.1 stays intact. 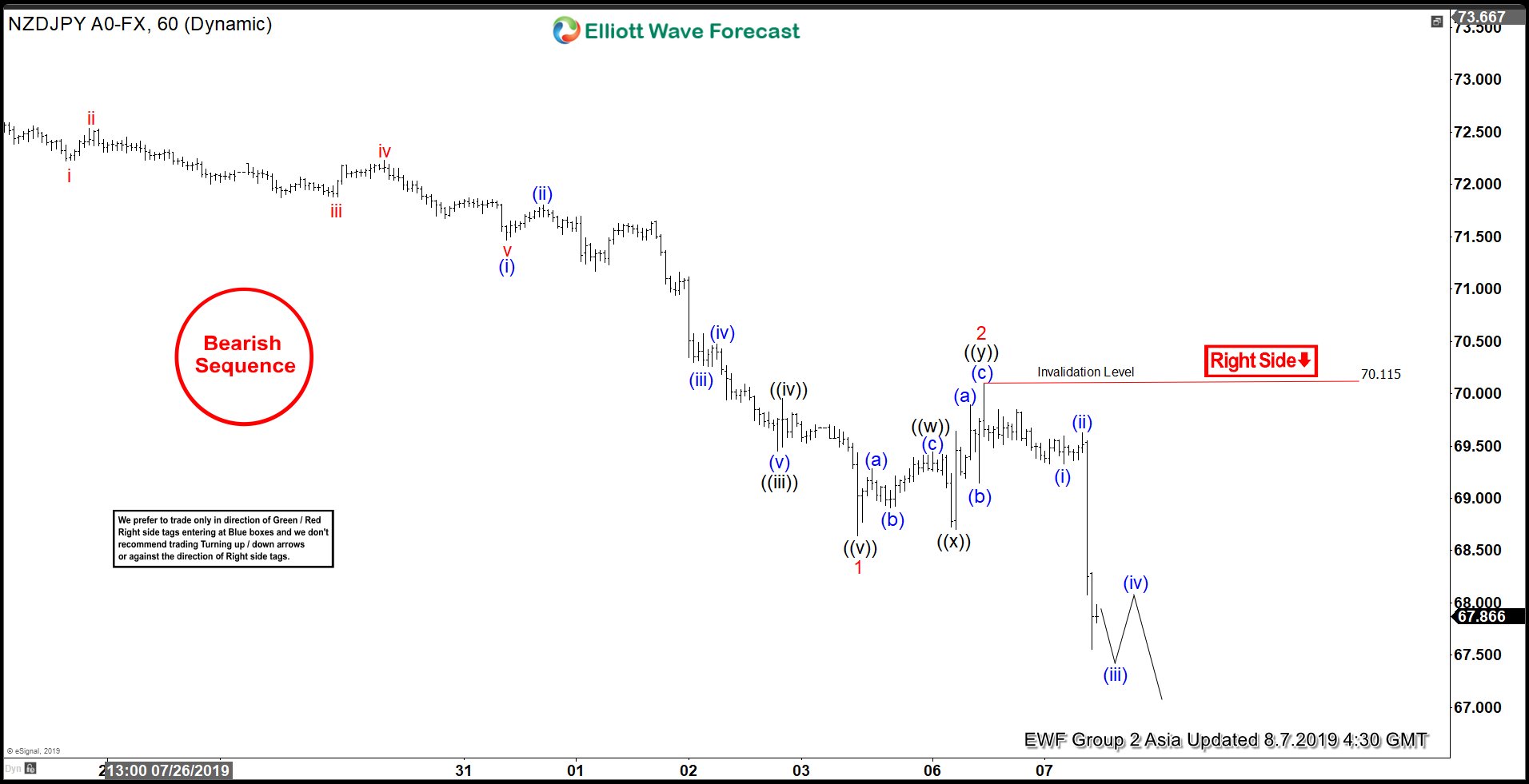