Nasdaq (NQ_F) has made an all-time high suggesting that the Covid-19 correction is over at 6628.75. Index has now resumed higher and short term 30 minutes chart below suggests the rally to 9742.5 ended wave 1 and pullback to 9572.34 ended wave 2. Wave 3 is currently in progress and the subdivision is unfolding as a 5 waves Elliott Wave structure. 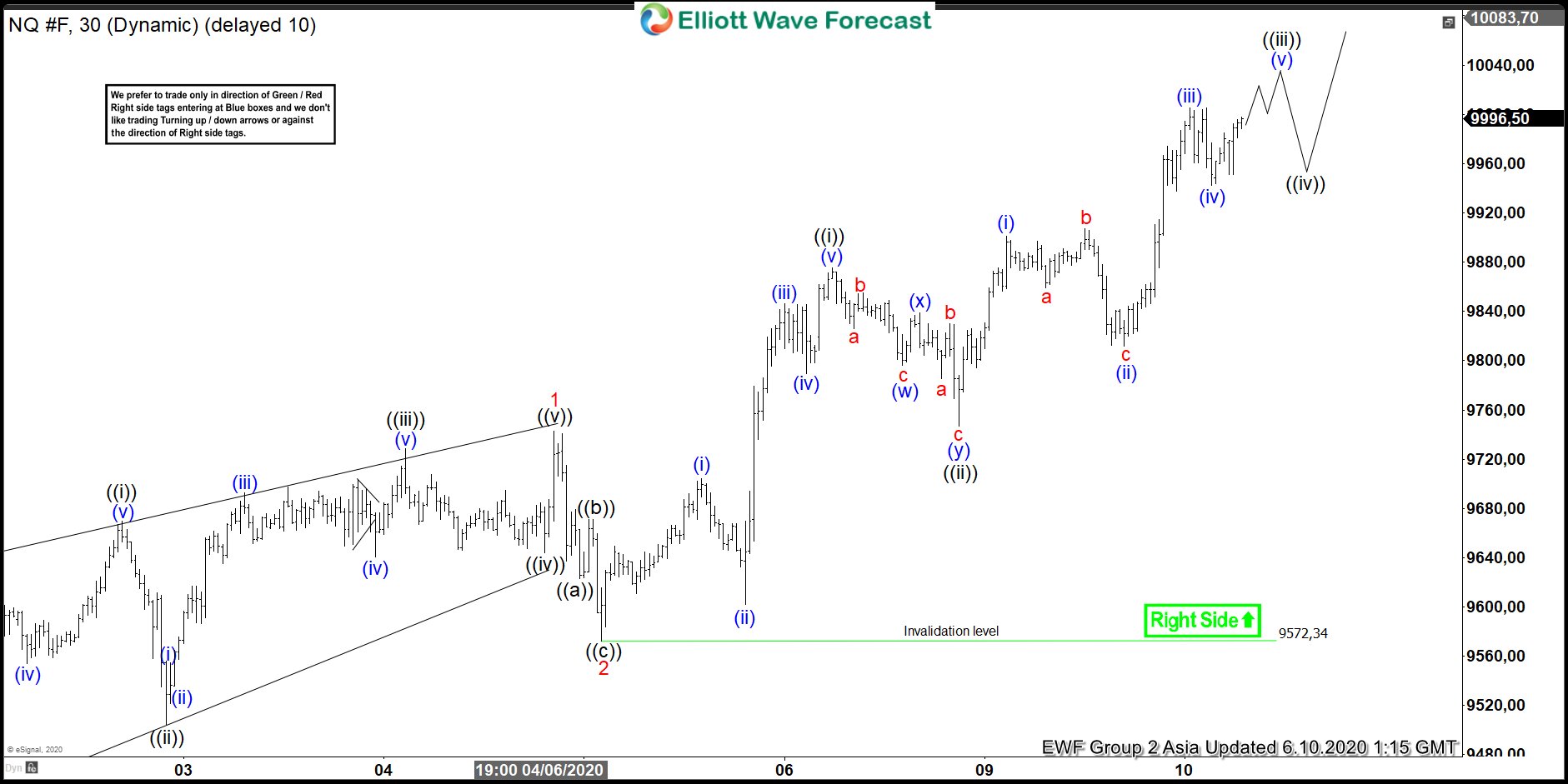