Index should then pullback in wave ((iv)) before making another push higher in wave ((v)). The 5 waves move should complete wave A in higher degree. Afterwards, expect the Index to pullback in wave B in 3, 7, or 11 swing to correct the 5 waves rally from September 25 low before Index turns higher again in wave C. As far as dips continue to stay above September 25 low (6552.17), expect further upside in the Index. We do not like shorting IBEX in the near term. 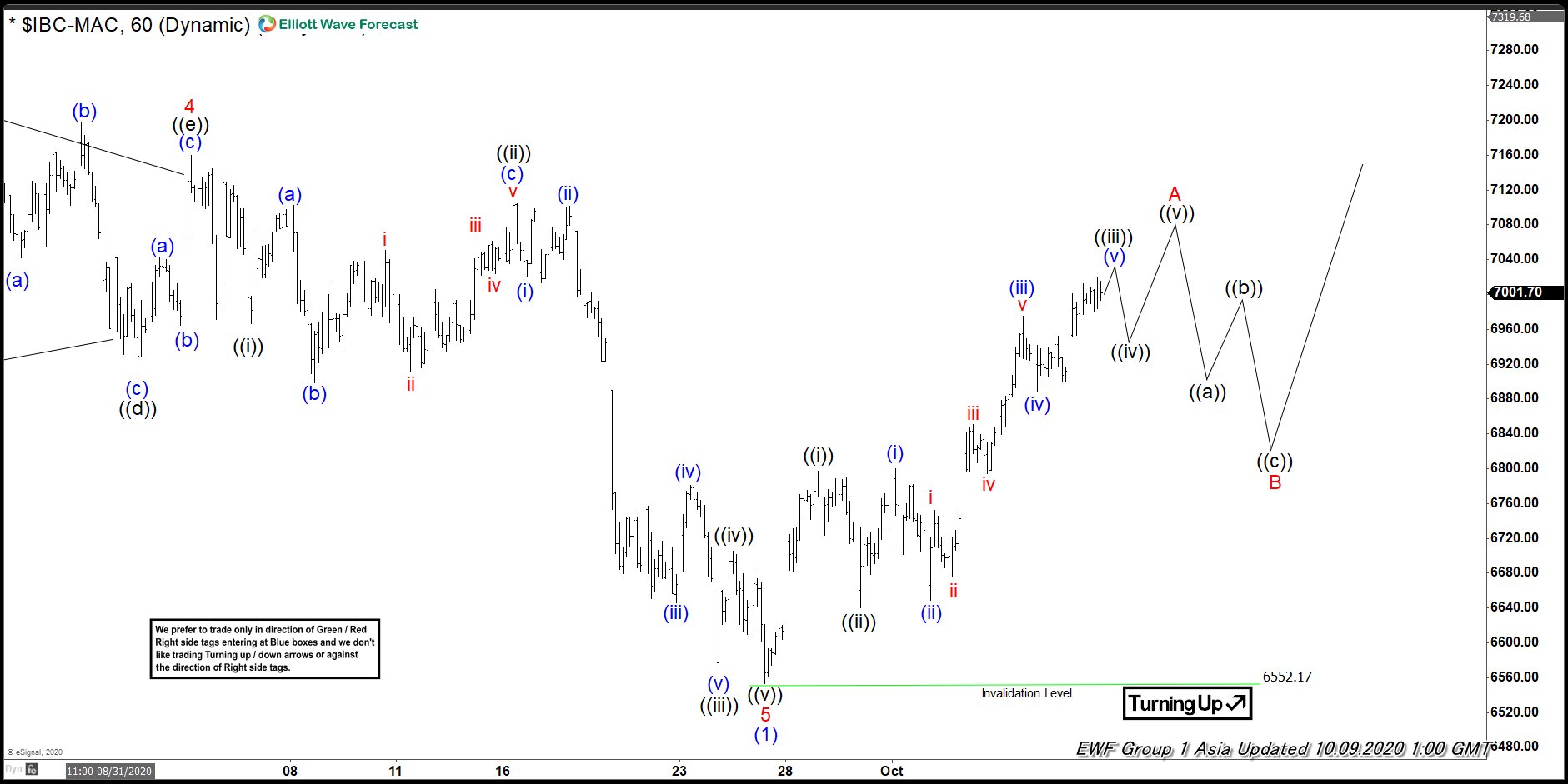