Pair then resumed higher in wave ((iii)) towards 1.3121 as a 5 waves. There is a separation within wave ((iii)) confirming it is the strongest wave. Pullback in wave ((iv)) is proposed complete at 1.3085. Expect pair to extend higher 1 more leg in wave ((v)) and this should also end wave 3 in larger degree. Afterwards, pair should pullback in wave 4 to correct cycle from November 23 low before the rally resumes. As the right side stamp is green and higher, our bias is to the upside and we don’t like selling the pair. As far as pivot at 1.282 low stays intact, we expect pullback to find support in 3, 7, or 11 swing for further upside. 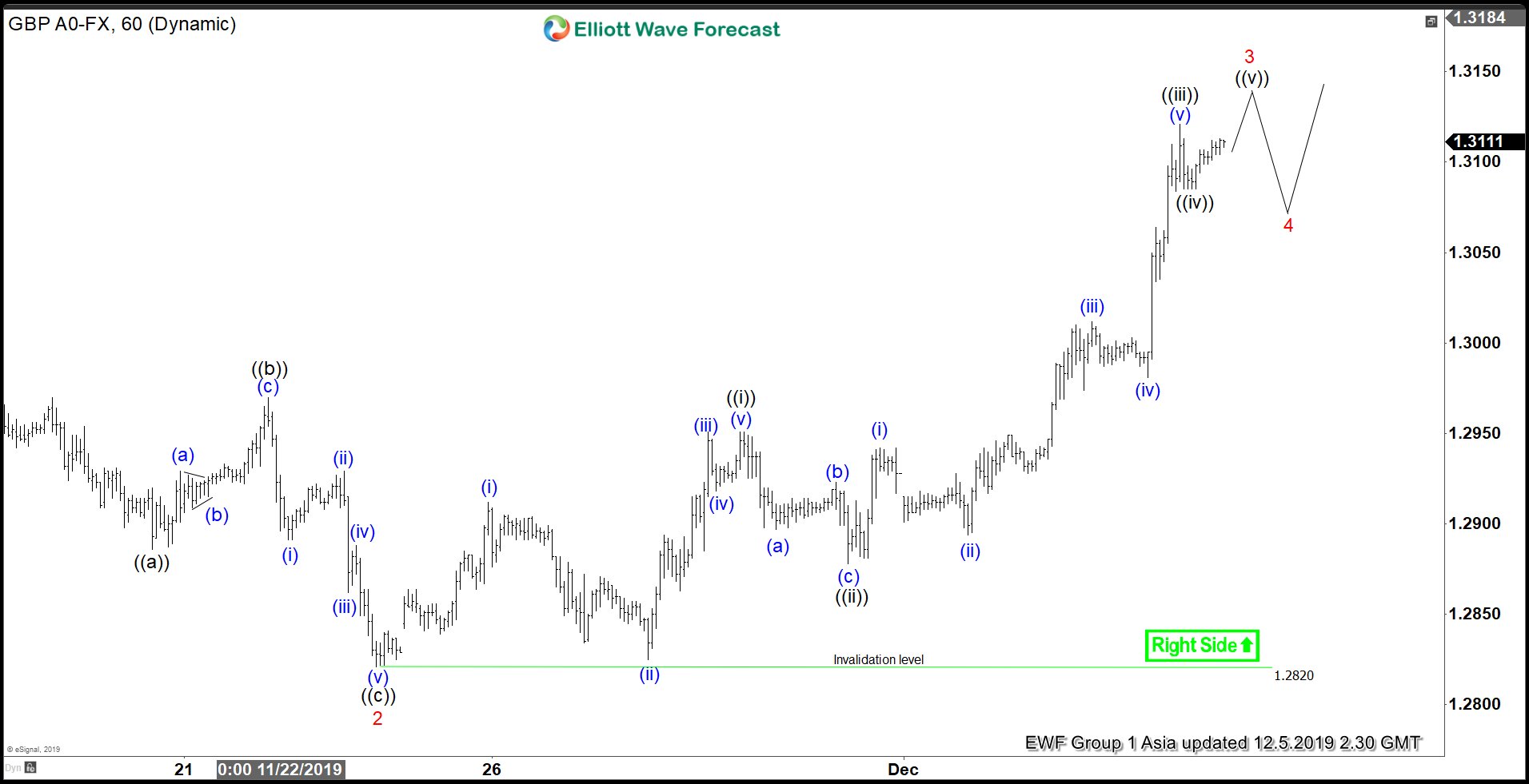