The rally in wave ((ii)) should unfold in 3, 7, or 11 swing to correct cycle from June 25 high. As far as pivot at 1.278 high stays intact in the bounce, pair can see further downside. We don’t like buying the pair. The alternate view suggests that pair can end the entire wave 5 with one more leg lower instead of ending only wave ((i)) of 5. In this alternate case, pair should rally in a larger degree in 3 waves at least to correct the bigger 5 waves move starting from March 13, 2019 high. 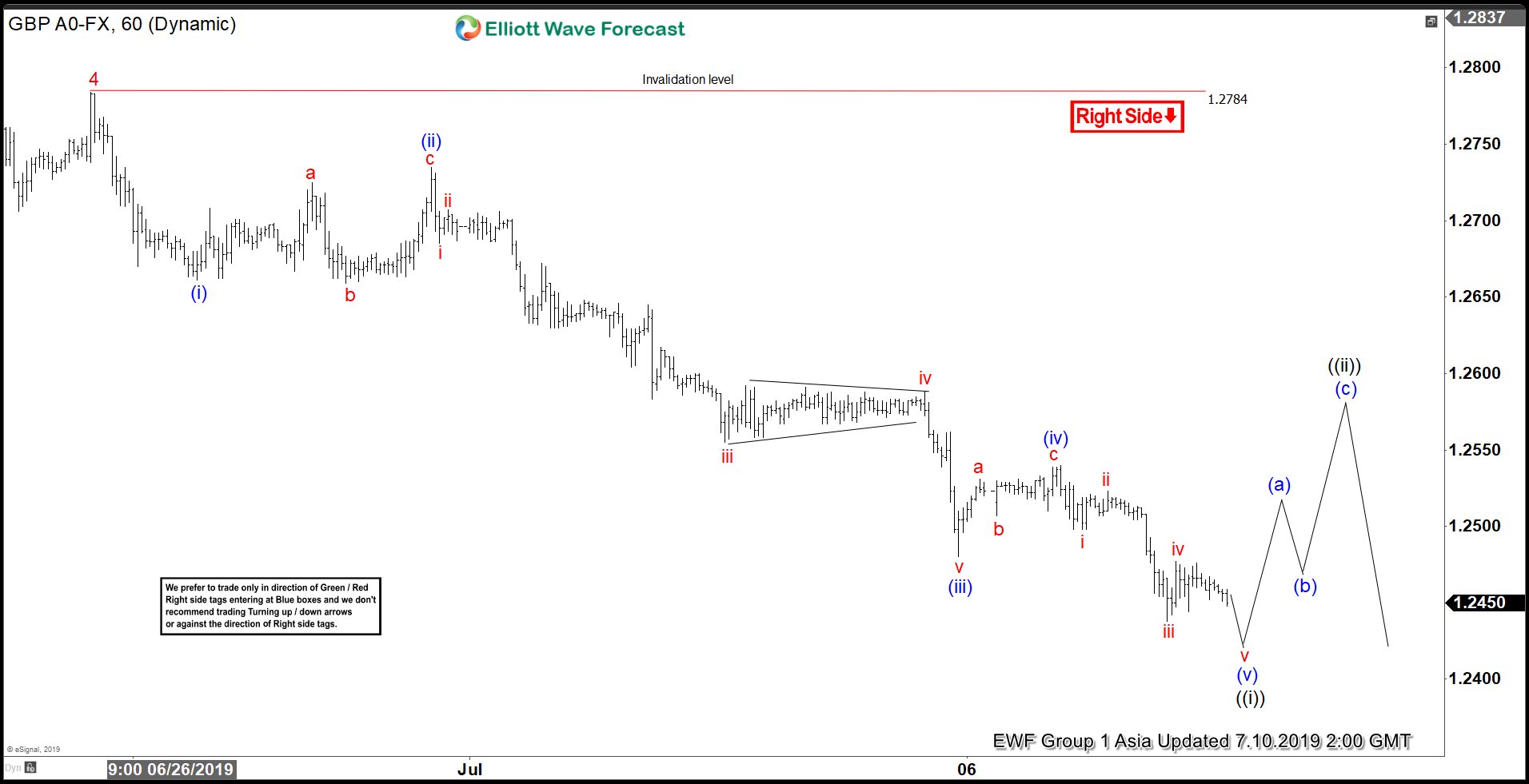