At this stage, there’s not enough separation from the low and pair still can make marginal low. If pair breaks below 1.8062, then the 5 waves move lower from June 20 high remains in progress. Otherwise, pair can start to see wave B bounce to correct cycle from June 20 high before the decline resumes. We don’t like buying the pair and expect rally to fail in 3, 7, or 11 swing as far as pivot at 1.842 high stays intact. 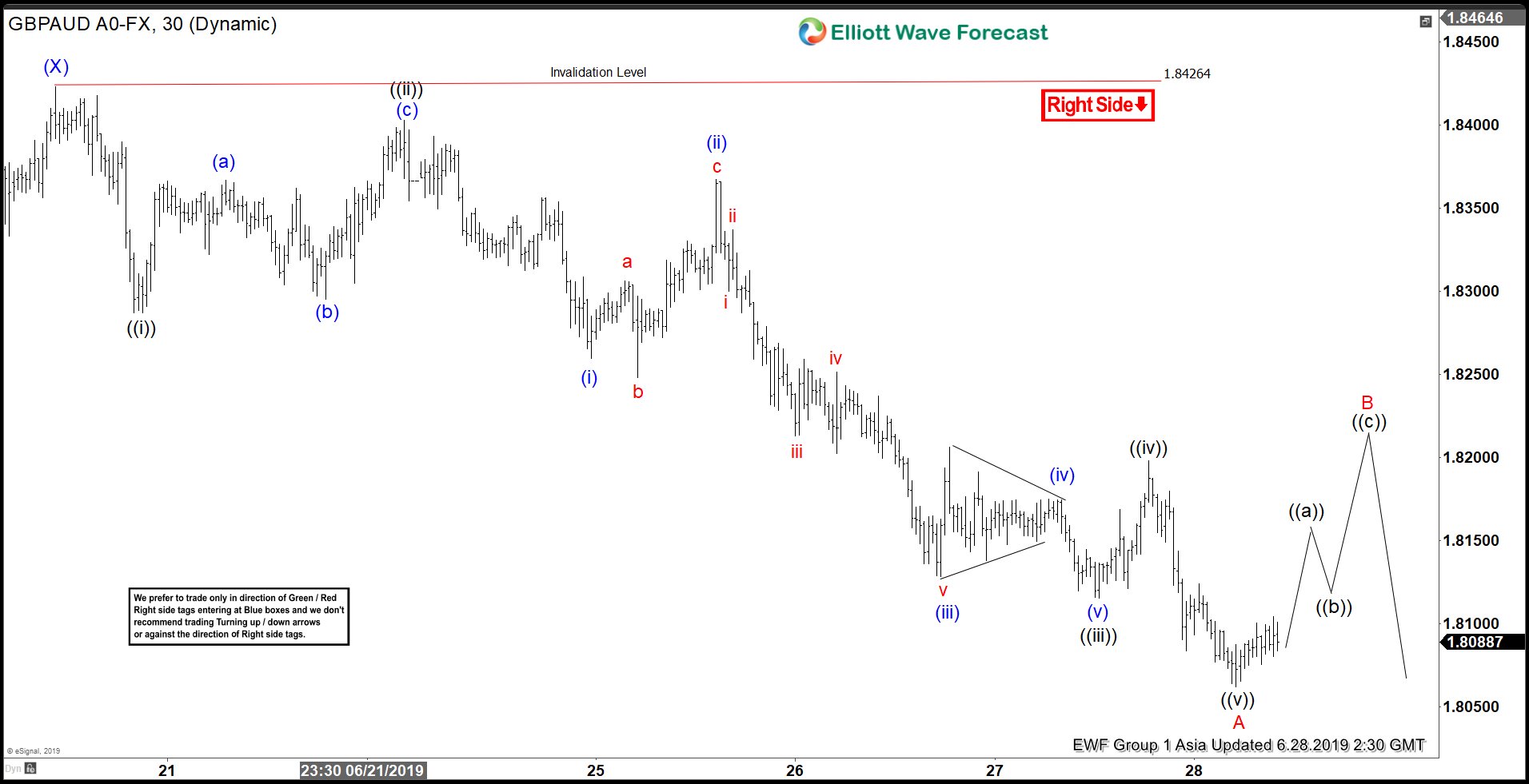