The correction is proposed to unfold as a zigzag Elliott Wave structure. Down from 84.2, wave A ended at 82.37 and wave B rally is in progress as 3 waves. The stock should then lower in wave C to continue correction of cycle from June 3 low. As far as the pullback stays above 76.90, expect Nike to extend higher again. Potential area where wave (B) can end is 50 – 61.8% Fibonacci retracement of wave (A). This area comes at 79.69 – 80.54 where buyers can appear for more upside. We don’t like selling the stock. 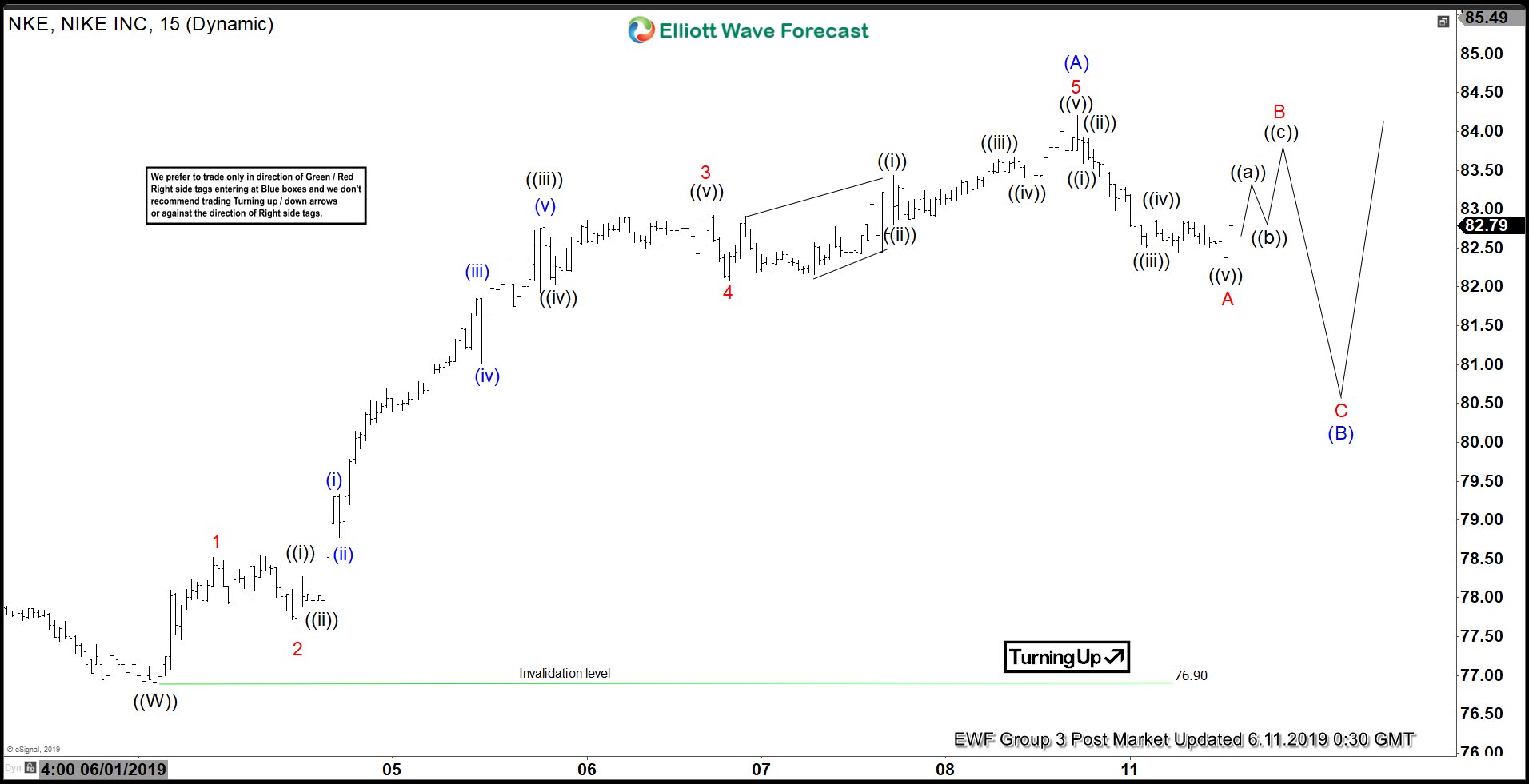