After forming a low on September 3, 2019 at 115.8, EURJPY has rallied in 3 waves. The rally ended at 120.62 and we labelled this bounce as wave 4. As the structure of the rally from September 3, 2019 low is in 3 waves, this tells us that the rally is only a correction. The pair has since turned lower again and likely has started wave 5 as the chart below shows. However, the pair still needs to break below 115.8 to confirm this view and avoid a double correction. 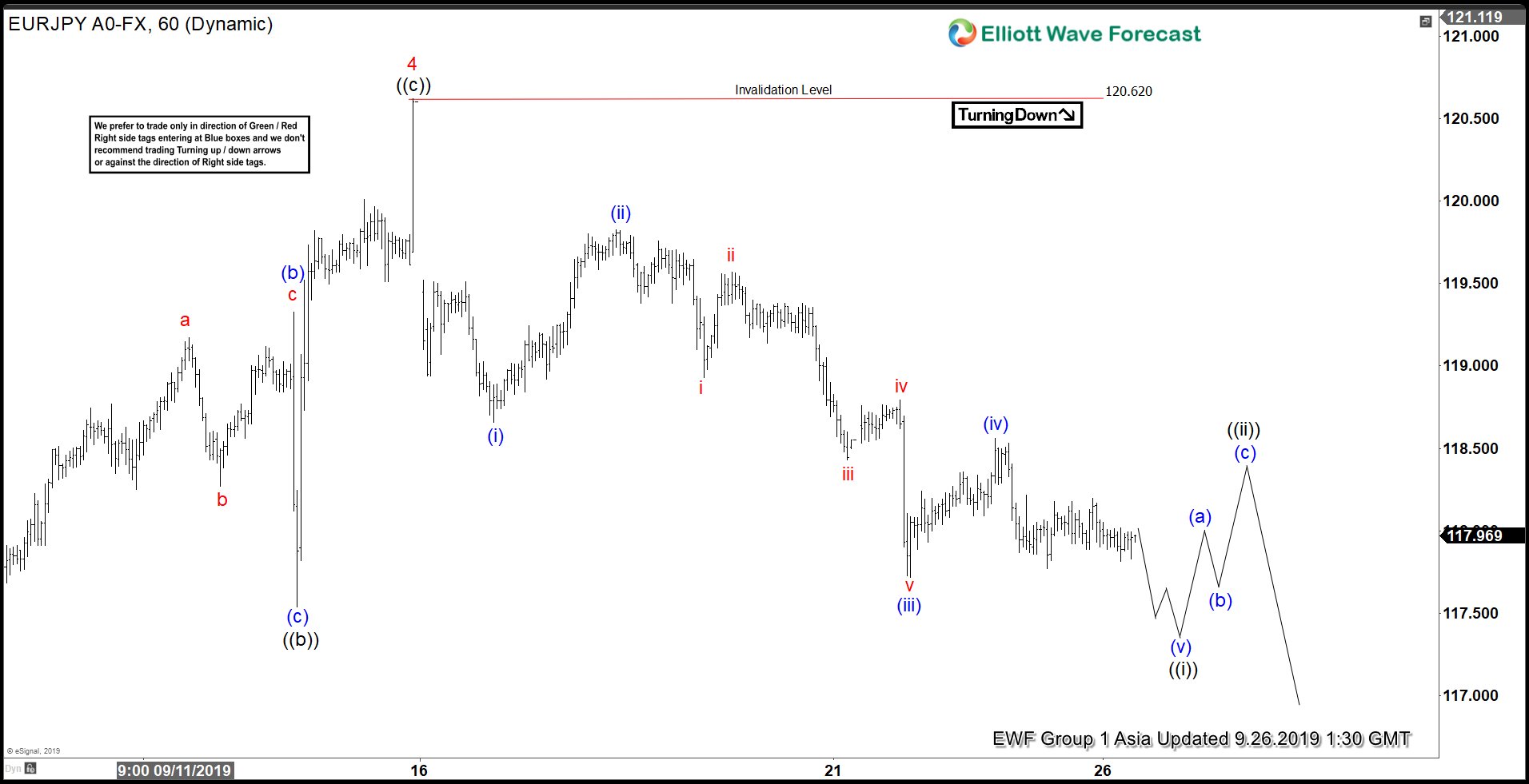