Dow Jones Futures (YM_F) has started to pullback earlier today. We  are counting the entire rally from December 26, 2018 low as an Impulse Elliott Wave structure. An Impulse has subdivision of 5 waves within wave I, III, and V. The high on February 21 at 26081 ended wave III of the Impulse. Internal of wave III subdivides in another 5 waves in lesser degree.

Wave IV pullback is currently in progress to correct wave III cycle which starts from December 28, 2018 low (22242). Potential target for wave IV is 23.6 – 38.2 Fibonacci retracement of wave III at 24617 – 25172. From this area, the Index either resumes to new high in wave V or at least bounce in 3 waves. The structure of wave IV pullback can still change but we propose a double three Elliott Wave structure (WXY). The first leg wave ((W)) subdivides as a zigzag where wave (A) of ((W)) has ended at 25753. Short term, while wave (B) bounce fails below 26081, expect Index to extend lower. If the Index breaks above 26081, then wave III still remains in progress but won’t change the overall idea that we can see a wave IV pullback soon. 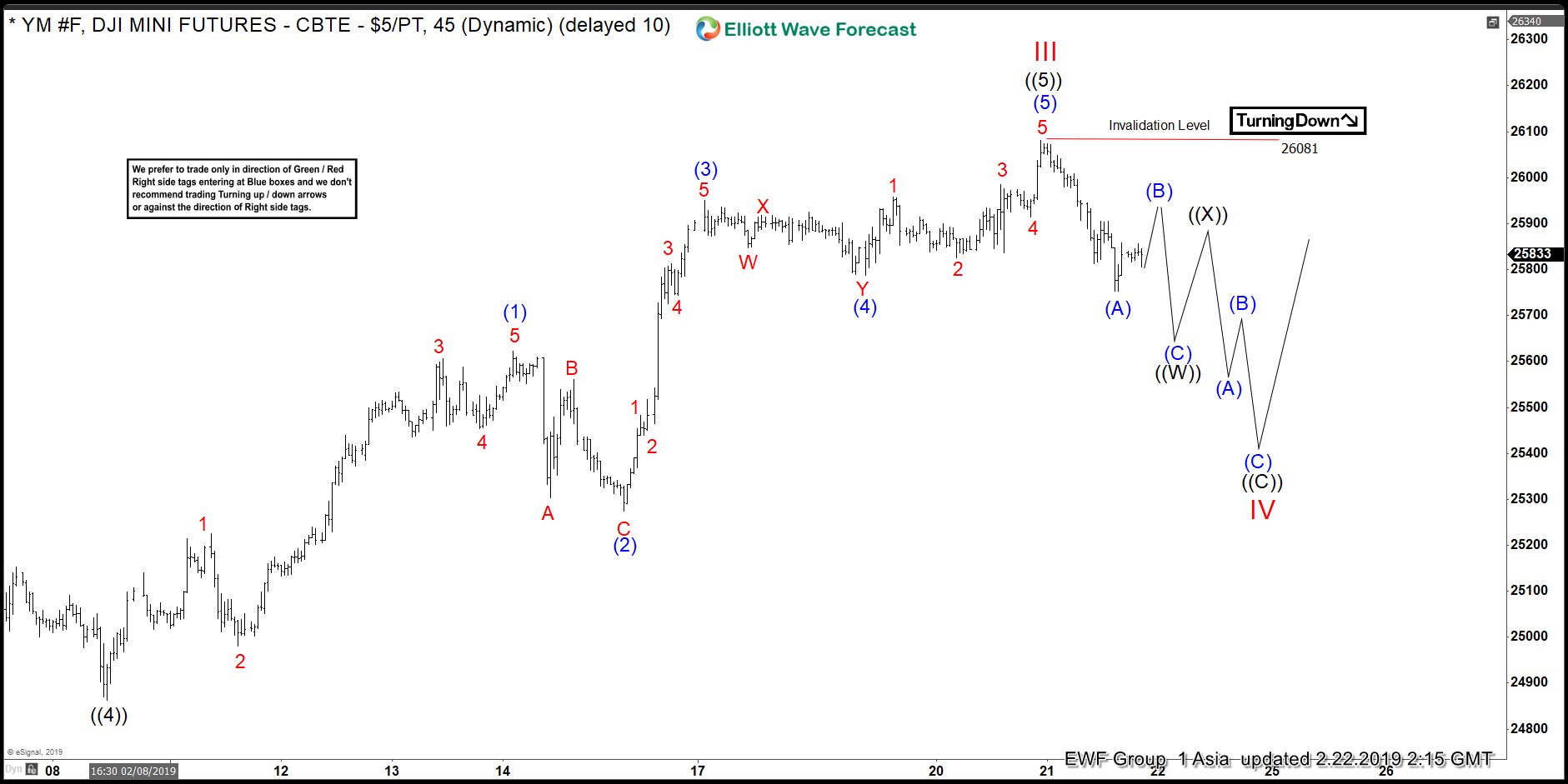