The Index has currently reached the 100% extension in 3 waves from July 4 high. As the minimum target is met, it can bounce and rally any moment. Furthermore, the  pullback from July 4 high in DAX can also be counted as a double zigzag which doesn’t require further low. However, looking at the structure of the correlated Eurostoxx where same wave ((b)) made a marginal high above July 4 high, we believe a Flat structure is the better view. We don’t like selling the Index and expect buyers to appear soon for a 3 waves bounce at least. 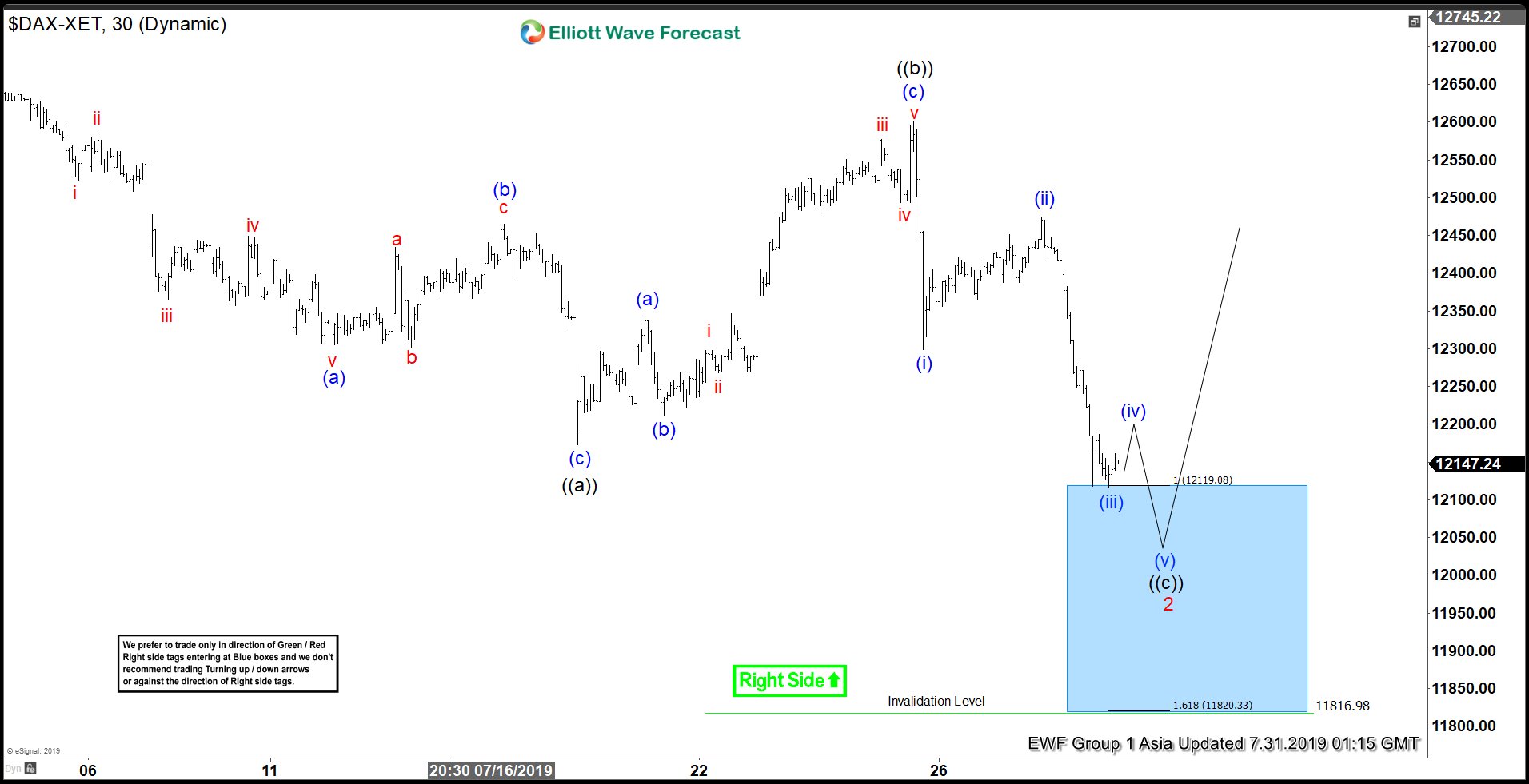