For this view to remain valid, DAX should not go below 161.8% Fibonacci extension at 14602.91. If the Index breaks below this level, there’s a risk that the decline from April 19 high becomes a 5 waves down and thus opens further downside. 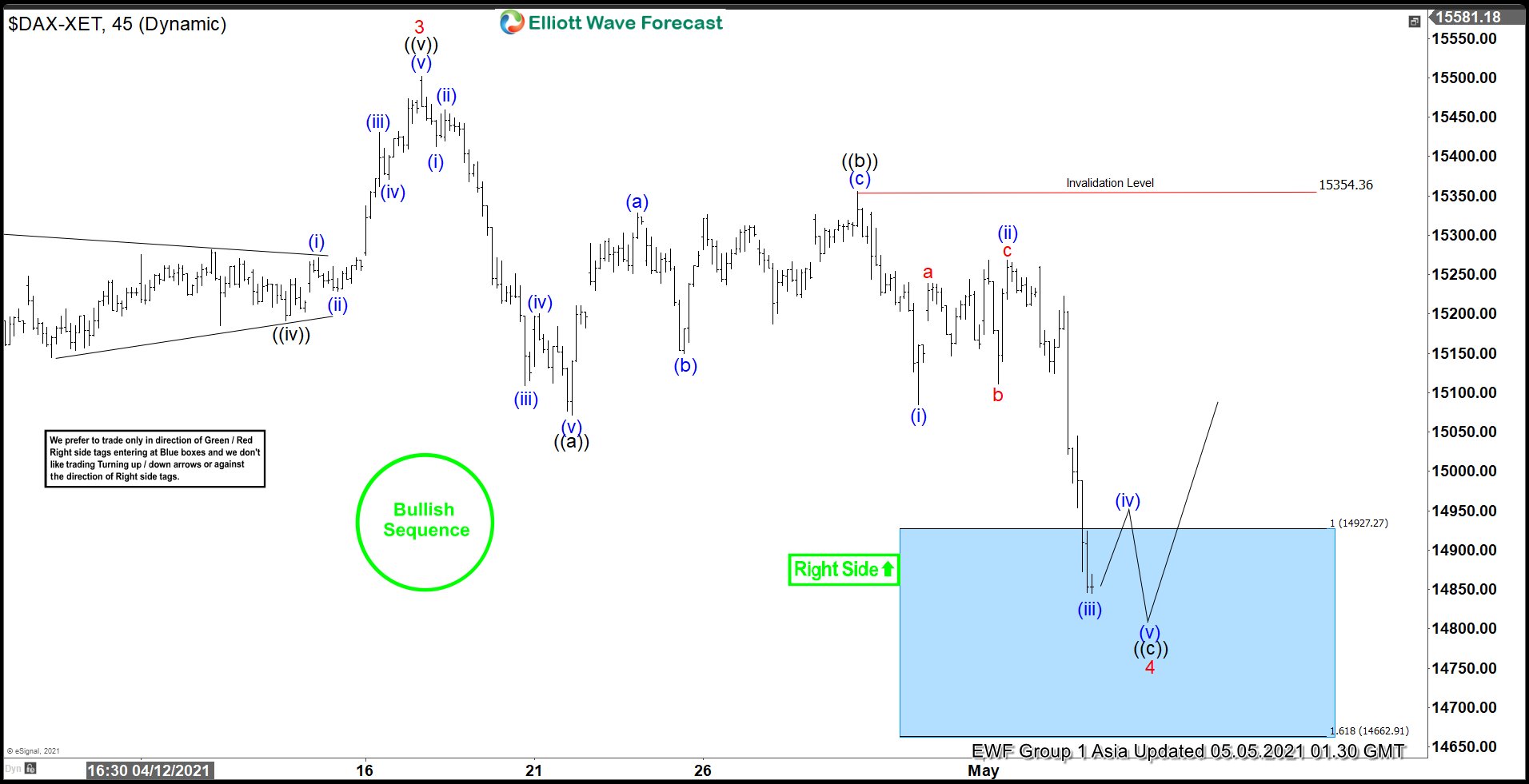