Elliott Wave View of GBPJPY shows that pair has a bullish sequence from March 18 low. The 45 minutes chart suggests the pair ended the cycle from August 13 high as wave B at 138.58 low. The pullback in wave B unfolded as double three correction and ended at the blue box area. The pair then rallied higher from blue box and broke above previous August 13 high. This confirms that the next leg higher in wave C has already started. 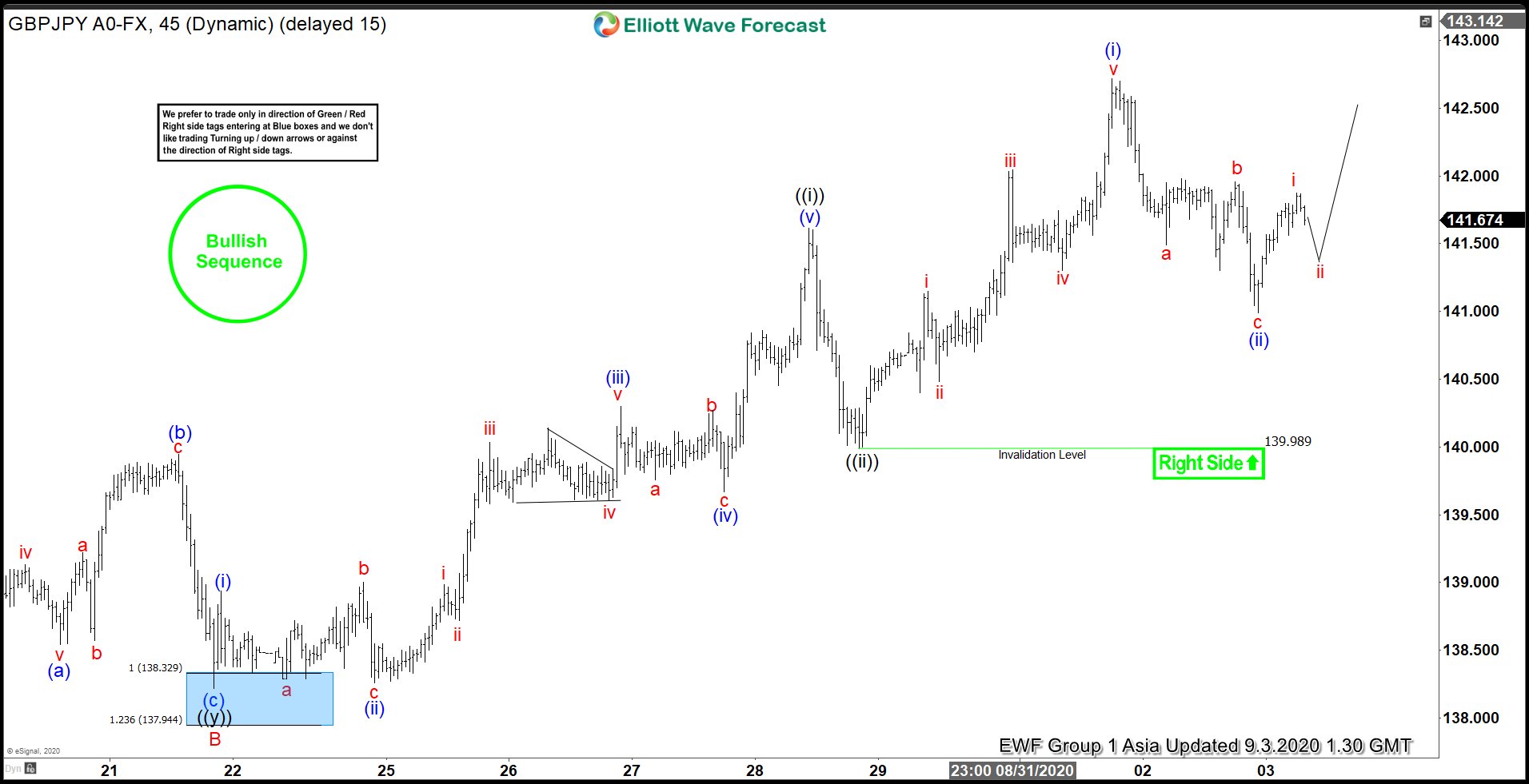