The stock is pulling back in wave ((B)) in 3, 7, or 11 swing to correct cycle from June 4 low. The internal of wave ((B)) is unfolding as a zigzag Elliott Wave structure where wave (A) of ((B)) should end with 1 more push lower. Afterwards, expect the stock to bounce in wave (B) followed by another leg lower in wave (C). Then as far as pivot at 170.44 low stays intact, the stock should resume the rally again. We don’t like selling the stock and expect buyers to appear in 3, 7, or 11 swing provided pivot at 170.44 low is holding. 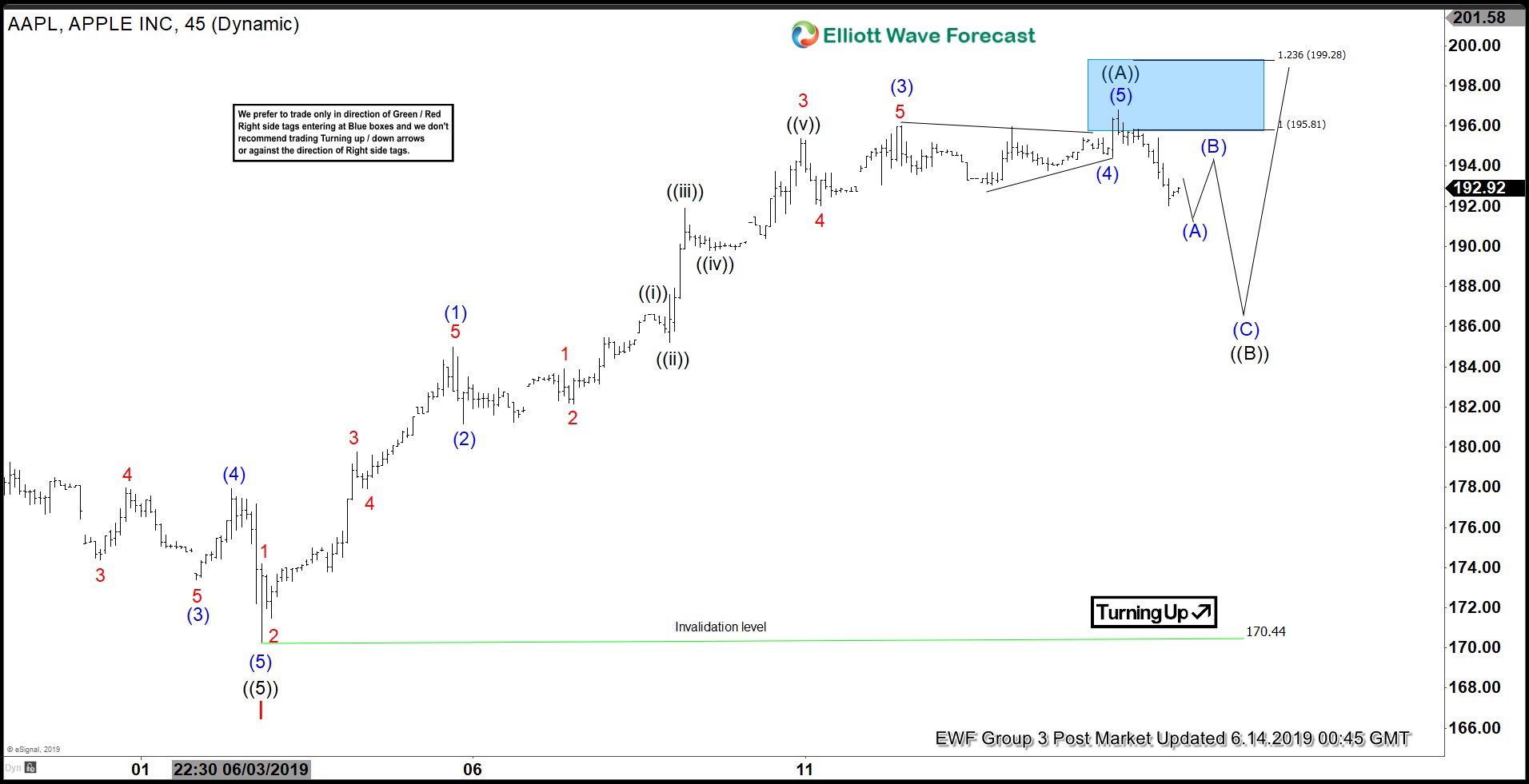