Wave (2) rally is now in progress to correct the decline from March 29, 2022 peak before the stock resumes lower. Internal subdivision of wave (2) is in progress as a zigzag Elliott Wave structure. Up from wave (1), wave A is expected to complete soon, then it should pullback in wave B before the stock turns higher in wave C to end wave (2). As far as pivot at 3416 high remains intact, expect rally to fail in the sequence of 3, 7, or 11 swing for further downside. 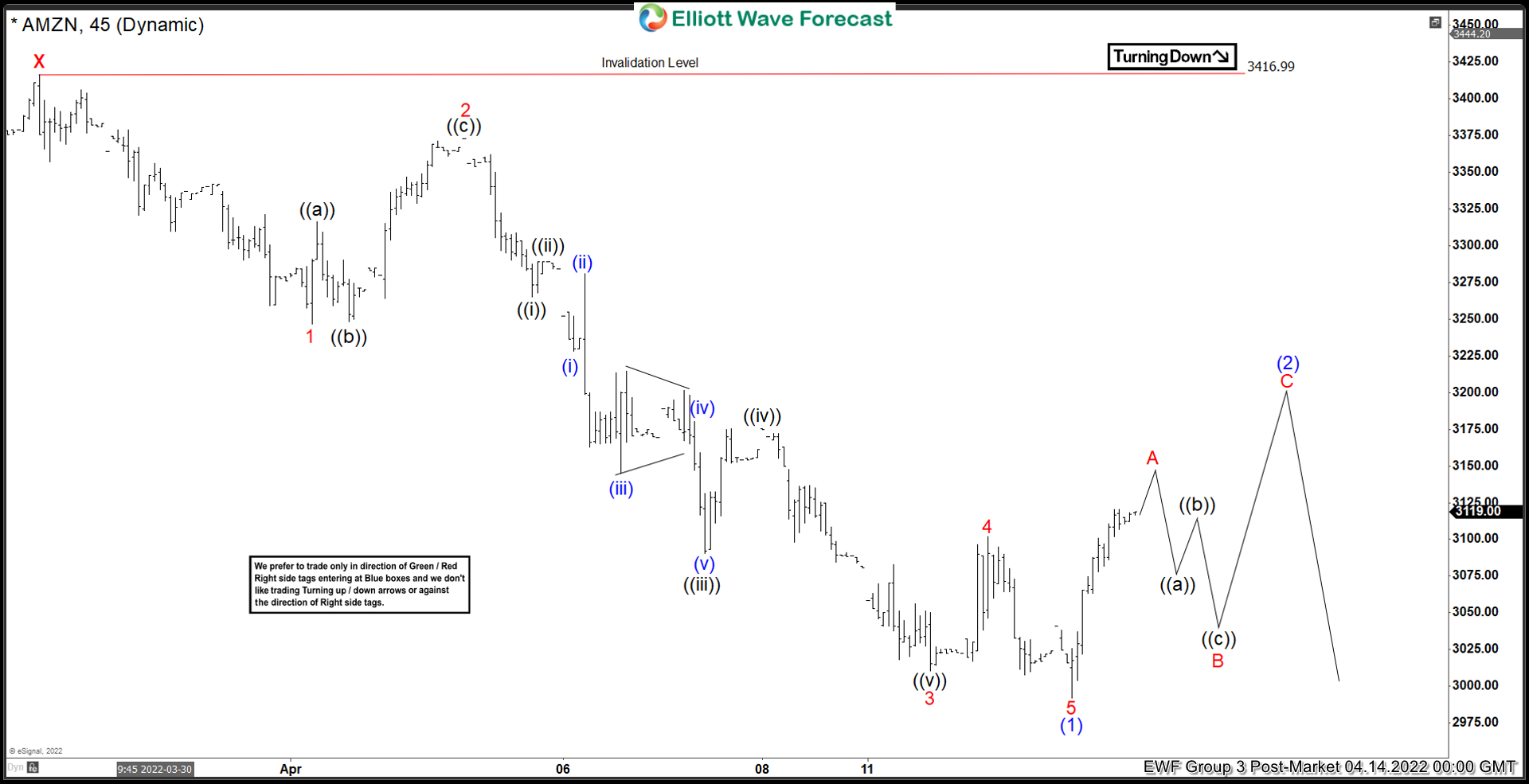