Short-term Elliott wave view in Dow Futures ( YM) suggests that the decline from the August 16 high is unfolding as Elliott wave double three structure in a bigger wave ((4)) pullback. Down from there, the decline to $33628 low ended wave (W) in a lesser degree double three structure. Up from there, the wave (X) bounce unfolded as a zigzag structure where wave A ended at $34236 high. Wave B pullback ended at $33638 low and wave C ended in 5 waves structure at $34938 high thus completed wave (X) bounce. 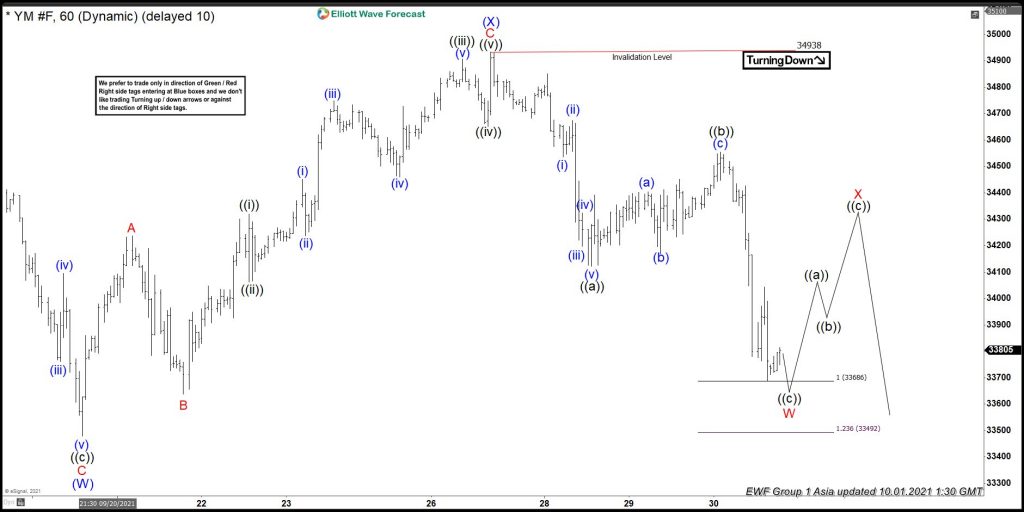