In Boeing, the broader view suggests that it’s correcting the cycle from March 2020 low cycle. While the decline since March 2021 high is unfolding as Elliott wave double three structure with the combination of 3-3-3 swings lower. Favoring more downside towards $167.46- $121.90 target area before it can find support for a 3 wave bounce at least. However, looking at the shorter cycles the decline from the 10 February 2022 peak is unfolding as an impulse sequence as part of a wave 3 within (C) leg lower and should remain heavy on to the bounces for more downside. 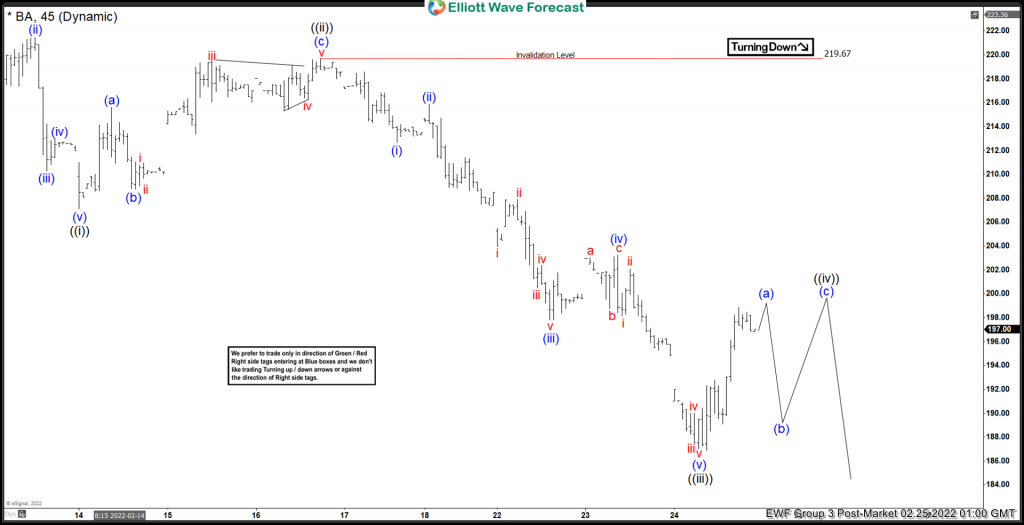